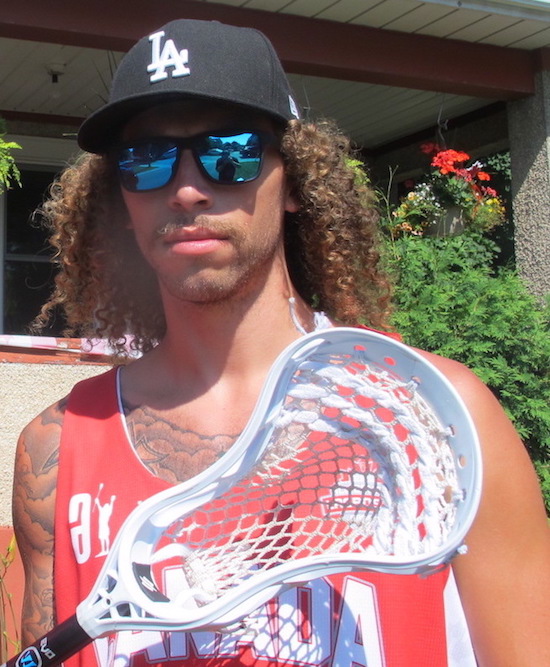 “It was a big eye-opener”

Tyson Bell’s experiences while competing for Team Canada at the recent World Field Lacrosse championships in Netanya, Israel, can be separated into two distinct areas.

On the field, the 23-year-old St. Catharines native was a member of the Canadian squad which captured a silver medal following a controversial last-second loss to the United States in the gold medal game.

Away from the field, Bell and his teammates were able to travel to Jerusalem and learn about the customs and lifestyles of that culture.

“I looked into it and researched the places we would be going and the different lifestyles they live over their with their religious beliefs,” said Bell, who was able to share the experience with his cousin, Latrell Harris. “It was a big eye-opener. It was a fun day with the team.”

Bell said Team Canada spent the day on a guided tour of some of the most famous landmarks in history, stopping along the way for an Italian lunch at a famous restaurant in the area.

“We checked out the ancient churches where Jesus Christ was resurrected,” Bell said. “We went to towns and villages and markets. We also went to the Wailing Wall, or Western Wall. It’s a sign of sadness so people don’t like to call it the Wailing Wall.”

Bell said the experience brought him a new perspective on a different culture and way of life.

“A lot of us went into it not knowing too much but once you go first hand and check it out, you become more interested in things like that.”

On the field, Bell played alongside Harris as a short-stick midfielder. He had never played that position before, but was more than willing to give it a shot when asked by the coaching staff, which included St. Catharines native Randy Mearns.

“I told them I would do whatever they wanted me to,” Bell said.

The countries with the top six rankings – Australia, Canada, England, Iroquois, Scotland, and the United States – competed in the Blue Division. Canada finished with a 5-2 overall record. A total of 46 nations participated in the tournament.

Team Canada dropped a 9-8 decision to the United States in the final which saw the USA score in the final second of play after time was put back on the clock following a questionable offside call on Team Canada.

“Everyone saw what was going on and how it came to the last couple of seconds,” Bell said. “The clock committee and head of officiating made a mistake. We heard them say, ‘We don’t know what happened.’

Bell said the final game was a tight battle that could have gone either way.

“It was a back and forth game the whole game. You see who wanted it more with the small hustle plays and that makes the game go by a lot quicker.”

Bell, who plays for the Calgary Roughnecks of the National Lacrosse League, is already looking forward a rematch with the United States at the 2022 games in Coquitlam, British Columbia.

“I feel it’s going to be a little different with the officiating, but you never know,” he said. “That’s the rivalry I feel it should be with every team.

“You’re there for a job, not for a vacation and time off. You’re there to compete and to lead and get that gold medal.”