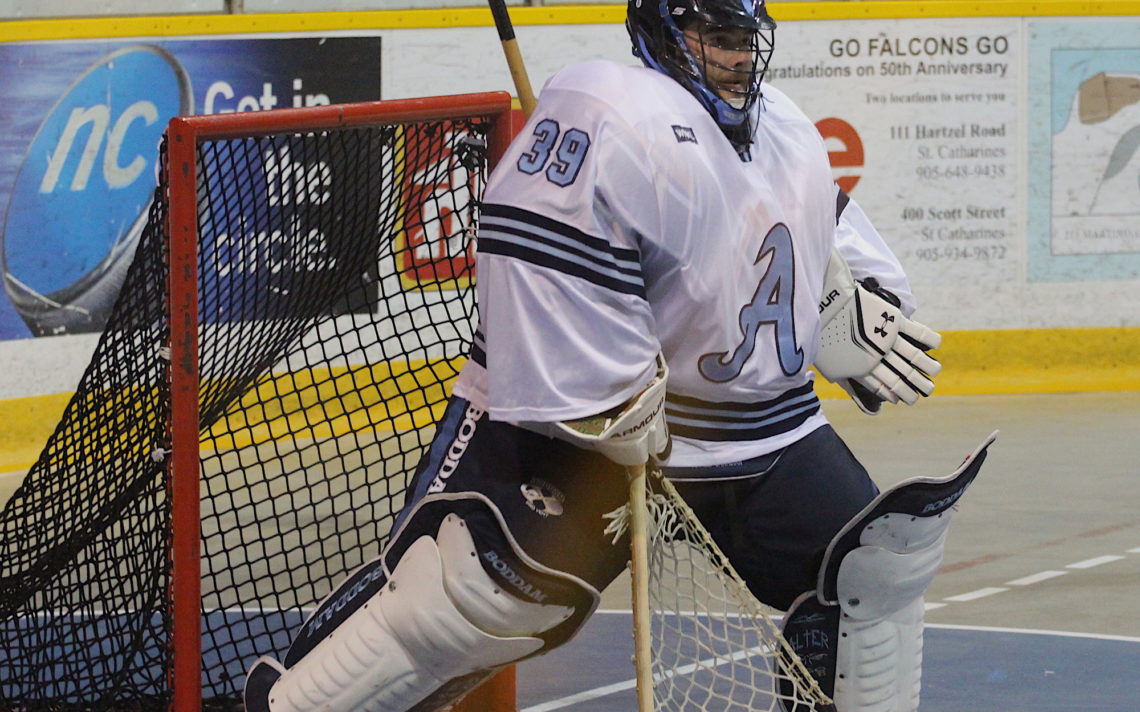 Nick Damude came through in the clutch for the St. Catharines Athletics Wednesday night.

The 20-year-old netminder has been a model of consistency this season, but took his game to another level when his team needed him the most.

Damude turned back 37 shots as the Athletics edged the Orangeville Northmen 6-4 at Jack Gatecliff Arena. 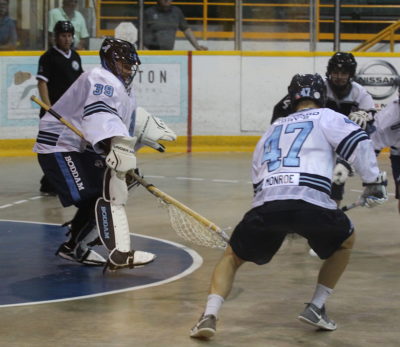 It was a crucial, perhaps season-saving victory for the A’s, who still trail the Northmen 2-1 in their best-of-seven, Ontario Lacrosse Association junior A semifinal playoff series.

Game 4 goes Friday in Orangeville with Game 5 back at Gatecliff Saturday at 7 p.m.

“I look at the past two couple of games and their goalie (Rylan Hartley) has won them,” Damude said. “I was looking at myself and I knew I had to play good for the boys. They came out and scored six goals and the defence was really good.”

The A’s have prided themselves on being sound from the net out and those attributes showed up big time Wednesday.

“It helps when the guys just let outside shots,” Damude said. “They let me see shots and once you start playing a team more, you see their shooters and just starting knowing who they are going to.”

The A’s, who dropped a close 6-5 decision in Game 2 at Orangeville Tuesday, didn’t seem to focus on the fact a loss would have virtually eliminated them. 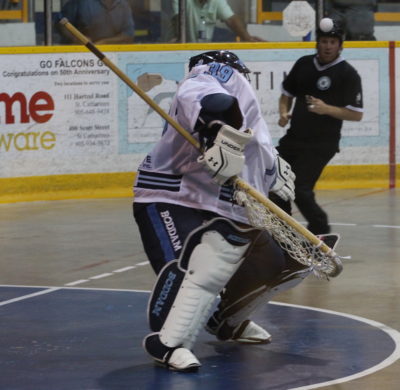 “We didn’t dwell on it,” Damude said. “We lost the last game by just one goal. We’re coming out every game and taking it one game at a time.

“We’re not even looking at the series.”

The teams traded four goals in the opening 20 minutes before the A’s took control in the second with the only two goals of the period to take a 4-2 lead after two.

The Northmen then rallied with a pair of quick goals a minute apart in the third before Jack McNabb potted the winner with 5:23 remaining.

“Everyone is comparing how close we are,” Damude said. “We finished two goals (against) apart and 10 goals for. We’re really similar teams. It’s going to be a battle every game.

“We just have to keep battling.” 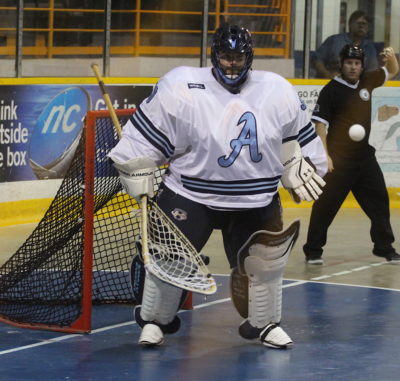 Dylan Watson had two while Curtis Butka and Sam Firth replied for the Northmen.

Tuesday in Orangeville, the A’s trailed 4-1 after two before pressing hard in the final 20 minutes outscoring the Northmen 4-2 in the third.

A’s acorns: Liam Hamm, Tanner Vail and Kyler Kilgour did not dress for the A’s  . . . Harris (first team all-star) and Damude (second team all-star) were honoured before the game . . . Former Athletic Matt Vinc has been named National Lacrosse League goaltender of the year after another standout campaign for the Rochester Knighthawks.