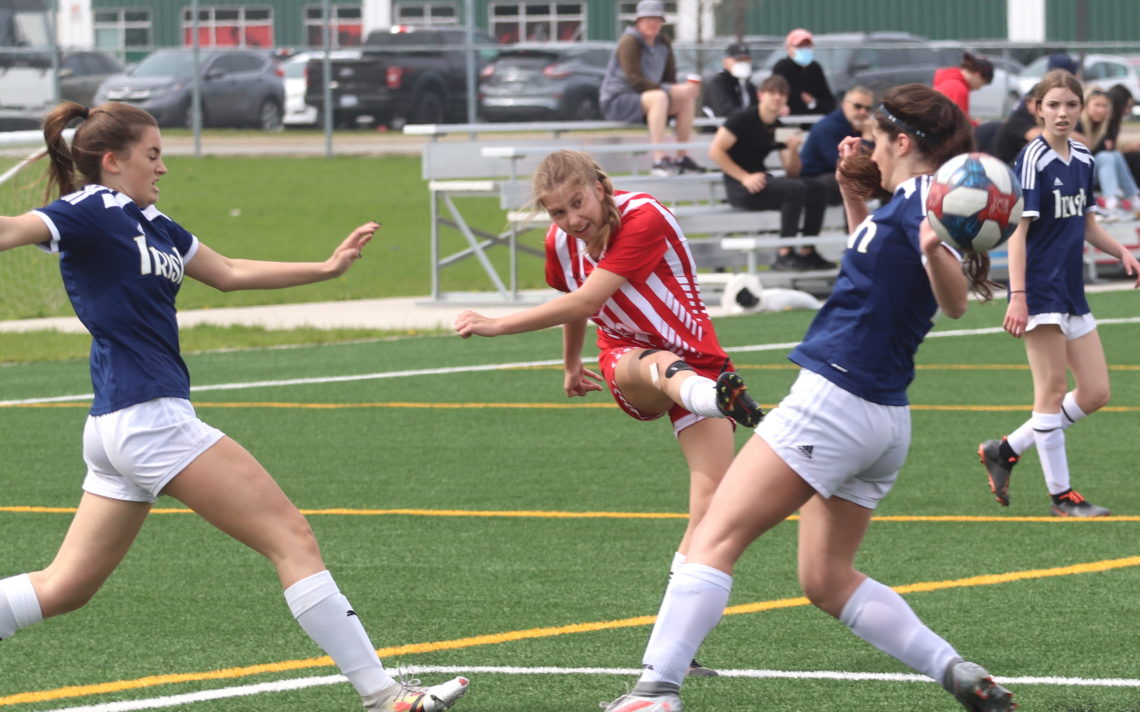 “She has been banged up and we are hoping she can heal up a little bit,” Notre Dame head coach Tim Bisci said Thursday afternoon, after the Irish defeated visiting Denis Morris 4-1 in Niagara Catholic Athletic Association action. “She runs fast, she plays tough in the middle and every now and again she scores a goal for us.”

The Grade 12 student agreed she had been hit hard by the injury bug.

“I think I strained my quads on both legs but you know, you have to play through it,” she said with a laugh. “It is mostly from soccer because I haven’t played in five years.”

She is enjoying her return to the sport despite the injuries,

“I kind of missed it,” the 17-year-old said. “It is a fun environment and all the girls are nice. Because it is all ages from Grade 9 to 12, you meet new people and it is enjoyable.”

Lawson’s goal on Thursday was her third of the season. She netted a pair in an earlier game against Saint Michael.

Notre Dame improved to 3-2 in league play with the victory. Two of the team’s losses came by 1-0 margins.

“I thought we played well and our back end was good, especially in the first half,” Bisci said. “And when we had to, we scored a couple of goals today. If we lose, it is 1-0 because we play well defensively. It is feast or famine. We score a lot or we don’t score at all.”

Lawson has an explanation for that lack of finish.

“I think we just take too many touches in the box,” she said. “When we have a chance to score, we don’t let it go.”

Bisci likes how his team is progressing as the season winds down.

“It’s tough. They are just starting to get some chemistry and it is such a quick season to try and put a team together and get it ready to go. We have been moving along.”

The Reds had a number of players arrive just before game time because of transportation issues and they seemed to get off to a slow start. They fell behind 2-0 early and couldn’t get back even.

“I am very happy with what I saw today,” Reds head coach Laura Petroff said. “One of our centre mids is out and I had five injuries starting the game.”

Hockey goalie Katie Cairns stepped up to play keeper for Denis Morris and made some good stops.

“I needed someone and she offered,” Petroff said.

Thursday’s loss was the first of the season for the Reds. Denis Morris came into the game with two wins and two ties on their record.

“They are a joy to coach, they are all happy and they bring each other together and try to lift each other up,” Petroff said. “They are gelling really well and it seems like they are able to find each other on the field. Our first game was a little bit shaky at that but we’re shooting more and scoring more than we were in the beginning.”

Cat’s Caboose Player of the Game: Mya Brown with a goal and a strong game at forward. 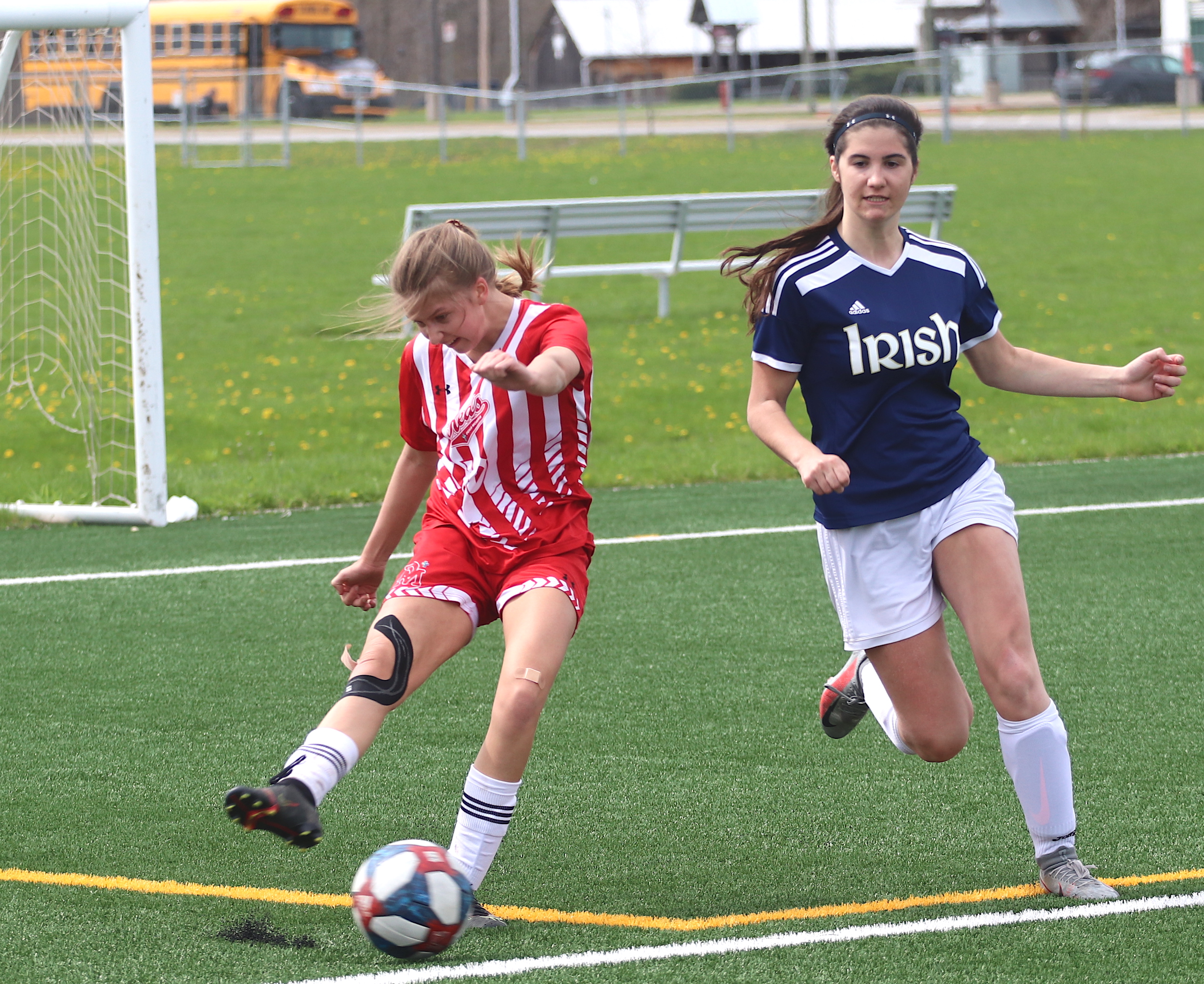