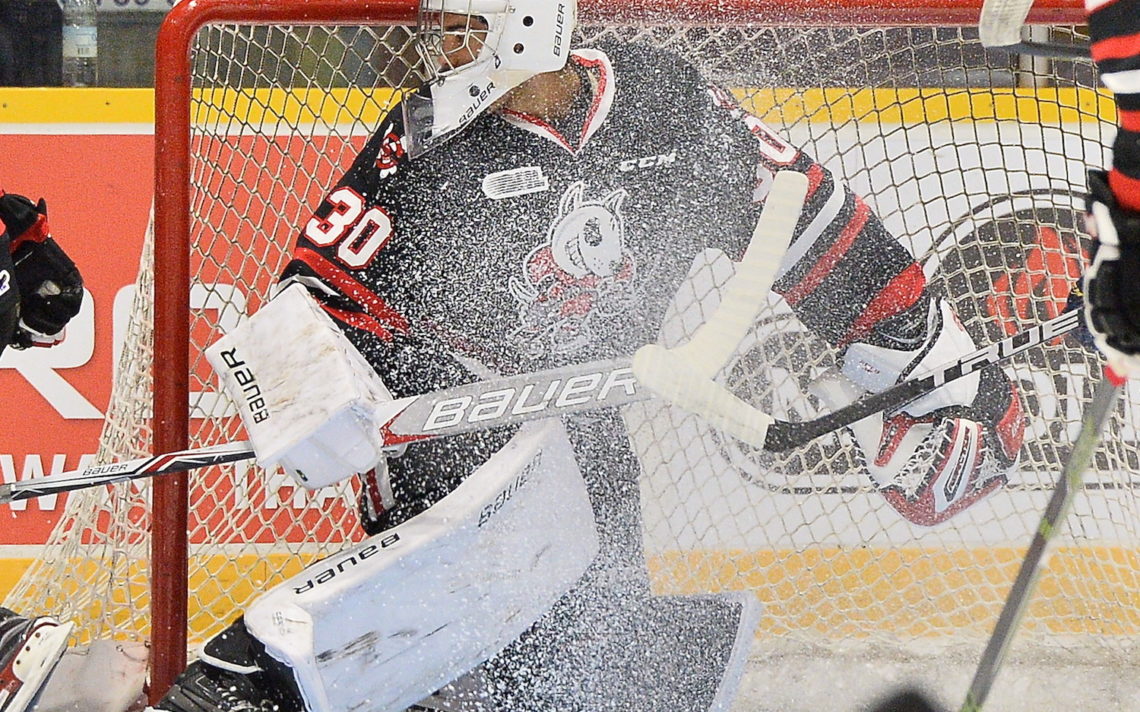 Eight is more than enough as far as the Niagara IceDogs are concerned.

The IceDogs slump continued Friday as they dropped a 6-3 decision to the Owen Sound Attack in an Ontario Hockey League game at the Meridian Centre.

IceDogs coach Billy Burke admitted the losing is getting old in a hurry.

“When it rains, it pours. You don’t get any breaks, when things are going well you get the bounces and when you’re not, you don’t (get the bounces),” he said.

Burke doesn’t feel the IceDogs are in over their heads.

“We’re not getting blown out. We’re in games. We’re up in the third and tied it in the third, but we have to finish. We have to close.”

For the most part, Burke didn’t have an issue with effort, save for some sloppy defensive play late in the game.

“I thought it (effort) was pretty good. You can’t really fault anybody. We had some collapses defensively in the third and you never want to give up a lead at home in the third,” he said.

Burke knows the losing is starting to affect the team.

“I know it’s weighing on them. They’re good guys and it’s been a tough month for us,” he said.  “We just have to find the positives in things. We can’t be all negative. There has to be balance.

“Any loser can be negative and complain. We have to be strong and find a way and battle through it.”

And Burke is well aware there is no magic wand he can wave to make all the losses go away.

“It’s not like I can go in there and tell them a great speech and they’ll get up and go get it done. We just have to find a way to stay consistently focused every time we’re on the ice and bear down around the net.”

The Attack scored the lone goal of the first period when Markus Phillips snuck a shot from the blueline past Stephen Dhillon, who appeared screened on the play.

The IceDogs finally got on the board about 11 minutes into the second when Matthew Philip roofed a wrist shot past Owen Sound netminder Mack Guzda for his 14th of the season.

Niagara took their first lead of the game just over four minutes into third when Akil Thomas deflected a shot from Justin MacPherson to put the IceDogs up 2-1.

But the Attack responded with four goals to take a 5-2 lead before the teams traded late goals. Owen Sound’s final goal was scored by Fort Erie’s Daylon Groulx, who was honoured on Fort Erie night before the game. It was his eighth goal of the season.

Up next: The IceDogs are at Barrie Saturday at 7 p.m. and in Peterborough Monday at 2 p.m.