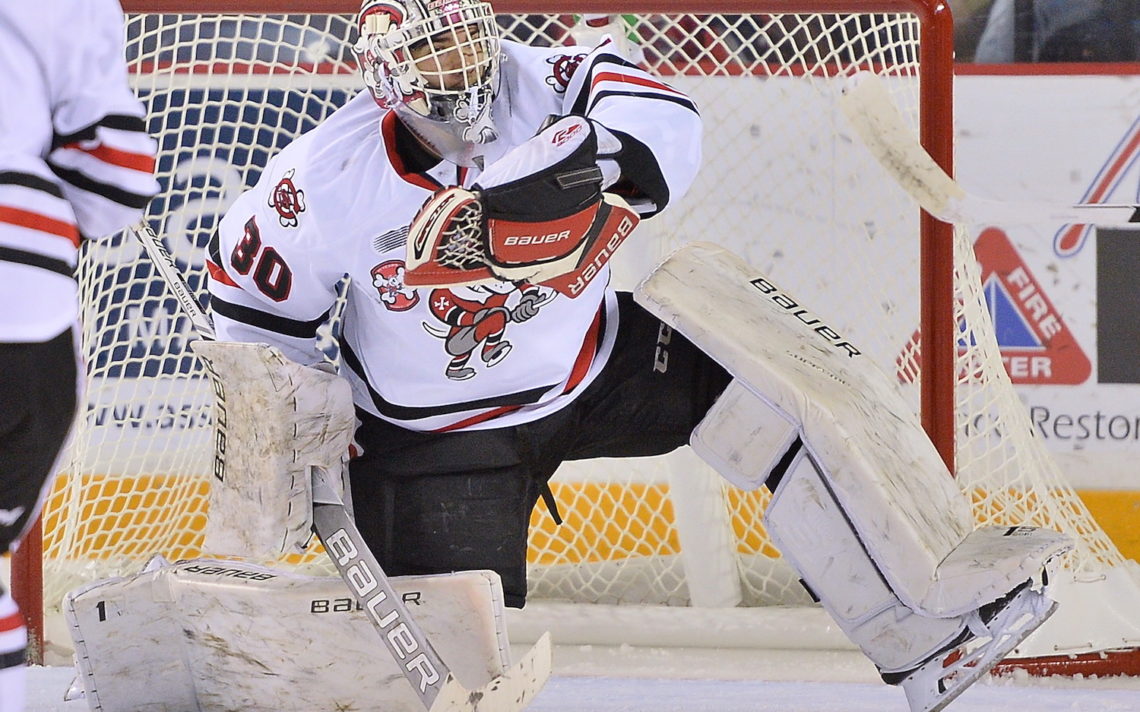 The Niagara IceDogs don’t open the 2018-19 Ontario Hockey League season until later this month, but have already pretty much locked up their opening night roster.

Pending any last minute deals or injuries, the IceDogs will open the season Sunday, Sept. 23 in Mississauga with 13 forwards, eight defencemen and three goaltenders on their roster.

“Obviously, when we lose the guys to NHL camps it’s good to have a couple of extra guys,” Niagara coach Billy Burke said. “We’re pretty much right around our numbers.”

One player who is still on the roster but won’t be on opening night is St. Catharines native A.J. Cook, who recently signed with the team.

Selected in the 15th and final round of the 2017 OHL draft, Cook spent last season at Ridley under former IceDogs coach Mike McCourt.

“A.J. Cook was the surprise of camp,” Burke said. “He came in and made tremendous strides in the off season. “The plan is to have him stay at Ridley where he had a great season last year. He will be our first guy if we have issues or injuries and then he will come up. The plan is for him to practice with us whenever he can but he’ll primarily play in Ridley.”

The IceDogs also inked goalie Tynan Tucker, who was drafted in the 10th round, 192nd overall, in 2018.

The Chicago native posted a 0.80 goals against average, and a .956 save percentage last season in five games with the Little Ceasars U16 program.

“Being a 16-year-old American, there are some hoops we have to jump through,” Burke said. “We’re very excited for him. We’re just sorting our where he will play this year but we think 100 per cent he can be a strong starting goalie in this league. We’ll be in close communication.

“He is one of those kids who if we let him leave we might never see him again. He’s a really good player with a lot of upside. He’s thrilled to be here and we’re thrilled to have him. He’ll be a big part of this team the next time we go for it.”

A product of Brock University’s Sport Management program, Currie spent the previous two years with the IceDogs in various roles throughout the organization, including last season as the team’s director of analytics/midget scout.

“Brandon has been a great addition to our team since coming on a few years ago,” Niagara general manager Joey Burke said. “His tireless work ethic and knowledge have been a great asset to myself and our staff. He is very deserving of this promotion. “He is a guy who will take on any task assigned to him and constantly strives to better himself and the organization.”