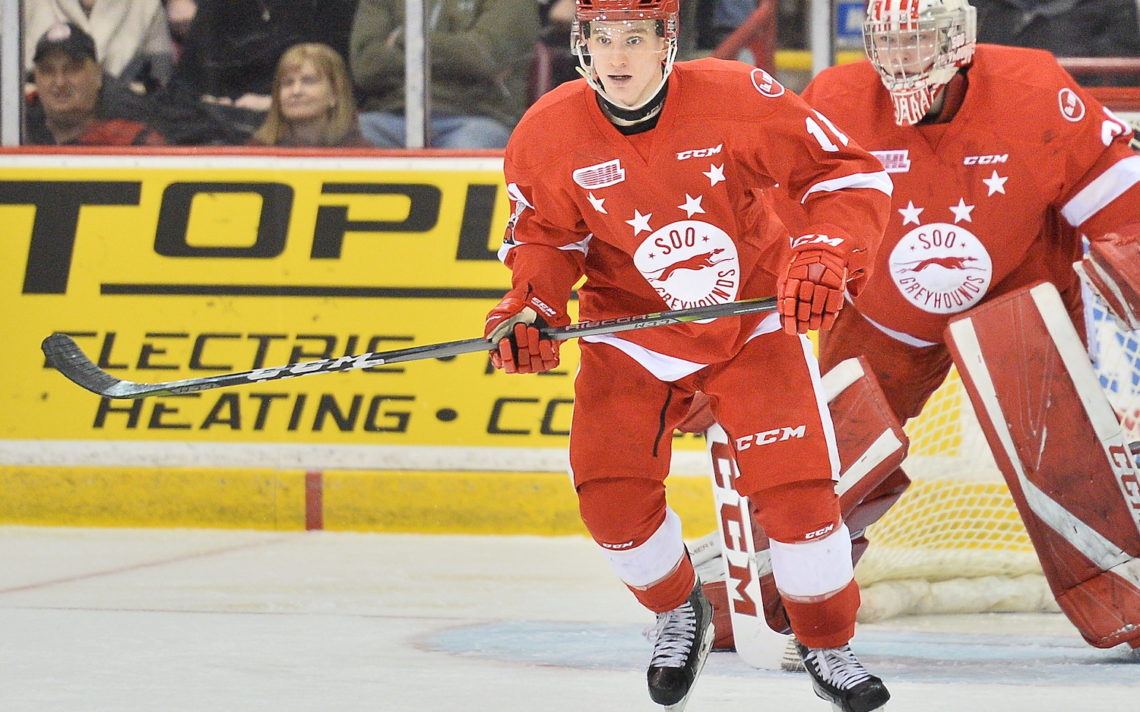 Things continue to progress in the right direction on and off the ice for Mac Hollowell.

The 19-year-old Niagara Falls native put together his best regular season in the Ontario Hockey League with 12 goals and 56 points as a key member of the Sault Ste. Marie Greyhounds’ defence.

The scouts took notice, ranking him 133rd for North American skaters in the NHL Central Scouting Services mid-term rankings earlier this season. When the final rankings were released earlier this week, Hollowell’s stock had risen to 118th.

“It’s nice to see I’m on it, but right now I’m definitely focused on the playoffs and winning a championship with my team,” Hollowell said. “I thought it (regular season) went really well. I thought I took a big step forward from the year before so that was good to see.”

Hollowell feels the better the Greyhounds do, the more exposure he will get. 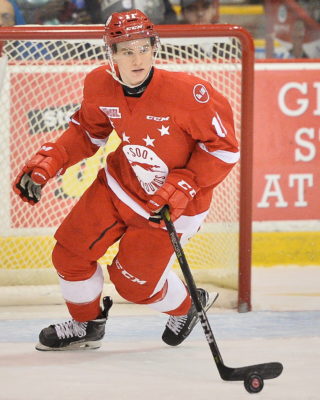 “It can be nerve wracking, but the way I look at it is the more we win, the farther we will go and the more scouts will see me, so I just want to win more games.”

The Greyhounds had a remarkable regular season with 55 victories and only seven losses in regulation time and headed into the playoffs as odds-on favourites to win not only the OHL championship, but the Memorial Cup as well.

After disposing of Saginaw in four straight in the first round, the Greyhounds were nearly upset by a pesky Owen Sound squad that took them to Game 7 in the semifinals before the Greyhounds finally prevailed 9-7.

“I think we were two good teams that went back and forth and it was a very close series,” Hollowell said. “We lost the first game in our own rink and that was definitely an eye-opener for us. We knew we had to wake up and buckle down.”

As for the wild Game 7, Hollowell was just glad the Greyhounds could hold off the Attack, who scored five goals in the third period.

“The start was good and the end didn’t go the way we planned it but we won and got to the next round and that’s all that matters,” said Hollowell, who has 11 points and is a plus-11 in 11 playoff games through the first two rounds.

“Every round we’re playing better and better teams so we’re just focusing on bringing our best effort every night and really setting the pace,” Hollowell said. “We just have to focus on the team we’re playing and play one game at a time and just try and get a win each time we’re on the ice.”