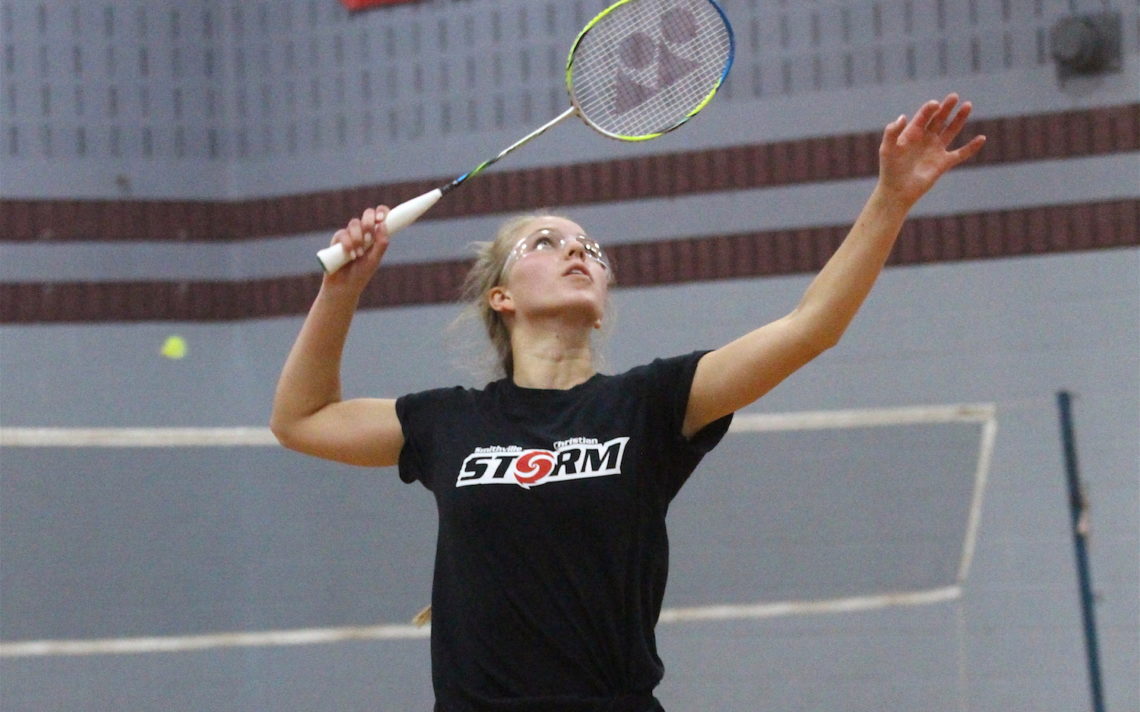 It was mind over splatter for Danica Buys in the girls singles finals Thursday at the Zone 4 senior badminton championships at Smithville Christian. 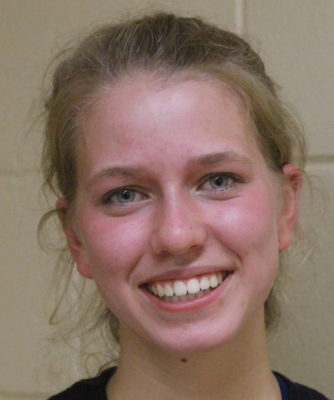 Moments after grinding out a hard-fought 2-1 (18-21, 23-21 and 21-15) victory over Sir Winston Churchill’s Jenna Coles, the Grade 12 Smithville Christian Storm athlete raced into the washroom and promptly threw up.

Buys used her mental toughness to make it through the match.

“It was head games,” the 17-year-old St. Catharines resident said. “I just kept telling myself — because I really didn’t feel good in the last two matches — to not think about it until I got the point and take it one point at a time.”

Buys’ win earns her a spot at next week’s Southern Ontario  Secondary Schools Association championships in Ancaster. In Grade 11, she finished third at zone but got to go to SOSSA when one of the two top players was unable to make it. 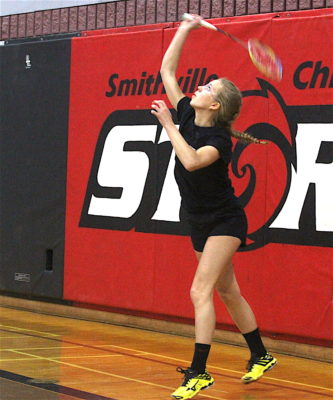 “Getting to OFSAA (Ontario Federation School Athletic Associations) is my main goal, but we will see how realistic that is,” said Buys, who also plays basketball, volleyball and soccer for Smithville Christian and travel soccer with the Lincoln Storm.

Her experience at SOSSA last year should help this time around.

“A lot of them have moved out because they were Grade 12 last year and I will know some of the people, how it works and the skill level.”

She in confident she has a shot at OFSAA.

“I went to SOSSA last year and didn’t do great, but I have been practising at Redeemer University with their team and I have improved a lot since last year.”

Improvement has been a constant in Buys’ badminton career since arriving at Smithville Christian after playing the sport for two years in elementary school.

“She was pretty weak in Grade 9 and she has been getting stronger every year physically,” Smithville coach John Vandenboogaard said.

Buys feels she made improvements in both strength and strategy.

“In Grade 9, I would just rally back and forth and now I know the game better so I can place my shots,” she said.

Buys has played singles all four years at Smithville Christian.

“She’s an overall athlete and she’s very fit so she can handle it,” Vandenboogaard said. “In order to be able to play singles at that level, you have to be very fit and she had that from Grade 9.”

Buys’ victory was part of a dominating performance by the Smithville Christian Storm badminton team. The school won all five divisions Thursday and grabbed eight of the 10 qualifying spots for SOSSA. 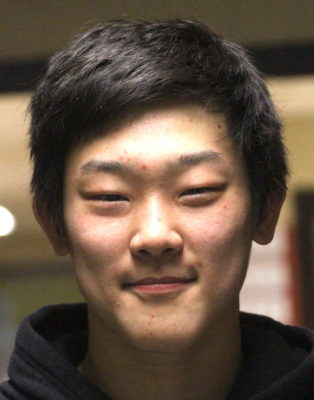 Winning the boys singles title was Cyril Fu. The Grade 10 student was fourth in junior boys singles at SOSSA last year before grabbing the Zone 4 senior crown this season.

“I think I am much more smarter than last year,” the 15-year-old Grimsby resident said. “I think I can tell the other player’s weaknesses much faster than before.”

That skill is often something that takes time to develop.

He has made rapid improvement this year in the sport. 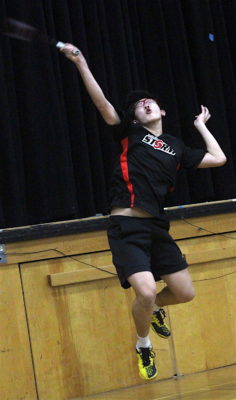 “At the beginning of the school year, I was facing my coach and Jordan (second-place finisher Van herwynen from Smithville Christian) and I was getting really close against them and they thought I could play senior.

“I chose to play at a higher level because next year in Grade 11 I think it will be much easier.

Despite defeating Van herwynen in the final, Fu admits he’s lost more times that he has won against his teammate.

“He has beat me a lot,” said Fu, who estimates the two have played each other about 50 times.

Fu didn’t win a game off of Van herwynen until February and didn’t beat him in a match until last week at the sub-zone event.

He was, therefore, more than a little happy to win his first senior zone crown.

“I’m proud of how I played and I hope all my teammates can move on to SOSSA as well,” he said, before the competition was over and his teammates had done just that. 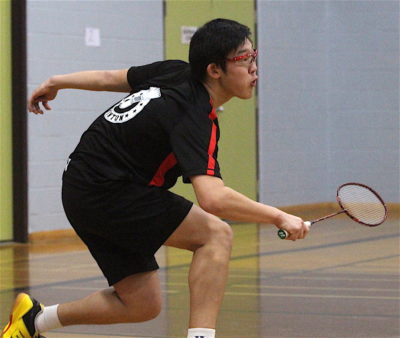 Fu’s goals are to get to OFSAA, but he’s far from thinking it’s a sure thing.

“There’s a lot of great players, but it’s my goal.”

If he doesn’t succeed, he knows he has two more years to reach his goal.

“I think it helps a lot because I will have the experience and know who my competition is for the next year,” he said.

Besides a strong overall game, Fu’s most noticeable attribute on the floor is his grunts after shots.

“When I’m playing and I really want to win, I make this grunt,” he said. “I take a lot of air in and let it all out.

“I don’t think it bothers anyone and if I am playing someone good, they also grunt as well.”

Below are the teams and individuals who advanced to next week’s SOSSA senior badminton championships in Ancaster: