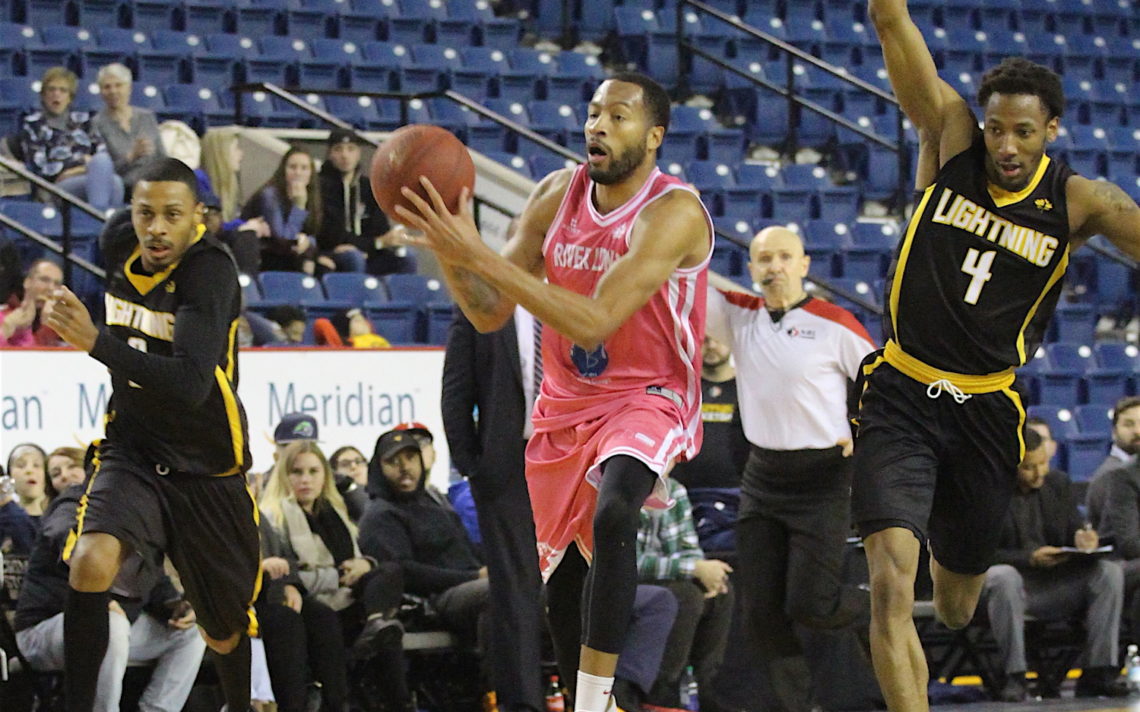 Marvell Waithe has chased his basketball dreams all over the world.

The Niagara River Lions forward had played in Denmark, Mexico, Lebanon and Japan before landing in St. Catharines after Niagara’s National Basketball League of Canada training camp had already started.

“Coach Divya (assistant coach Rao) recruited me pretty hard and then coach Joe (Raso) got involved and they made it happen,” the 30-year-old Toronto native said. “And I wanted to stay close to home because I have a two-year-old son now. Being able to get back and forth and being able to see him makes the decision pretty easy.”

His son, Jackson, was obviously the main factor in his decision to play in the NBL for the first time.

“Of course,” he said. “Family is everything.”

When he was overseas, he felt the distance from his son.

“When I wasn’t able to see him, there were a lot of bad, miserable days.” 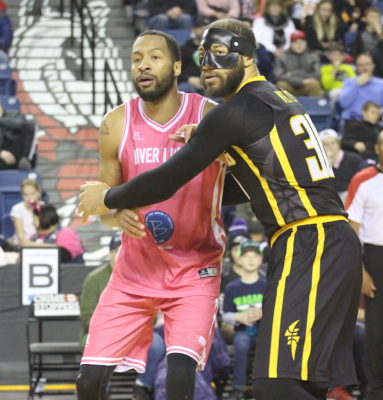 He has no plans to stop chasing his hoop dreams.

“I like to take it day by day but I am having fun and playing basketball is a blessing,” he said. “A lot of people don’t get that opportunity to do so and it’s a blessing to get up and go to practice.

“The end goal is to have a good day at the end of the day.”

Waithe has been a welcome addition to the River Lions (7-8), who take a four-game losing streak to a Saturday road game in Kitchener-Waterloo.

“He’s 6-9 and he’s skilled,” head coach Raso said. “He scores finesse-wise shooting the ball but today (Wednesday) he got to the rack.

“When he is focused at both ends, he is a very good basketball player.”

The former scholarship basketball player at Arkansas describes the NBL as the most competitive pro league he has played in.

“There are so many different North American players,” he said. “When you go overseas, you have two or three guys that are imports and the rest are locals.

“Over here, everyone is from Canada or America and it’s tough.”

“There have been a lot of adjustments,” he said. “I started off pretty good and then I slowed down a bit.

“I had to figure out the style of play, but I think I am adjusting pretty well and hopefully it results in more wins. Then I will enjoy it a little bit more.”

Waithe is still trying to get comfortable in the league.

“I don’t think I am fully there yet and it’s a work in progress,” he said. “And I am trying to stay consistent because I know teams are going to try and guard me differently every game.” 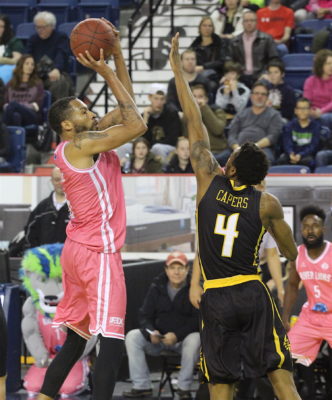 Waithe has a long pedigree as one of the top basketball players in Canada. In high school, he was named Mr. Basketball Canada.

“It helped start my career,” he said. “I went to a major school and did a lot of cool things with it.”

“My marks were really good but the classes I was taking weren’t eligible for university,” he said.

He completed his university career at Arkansas in the 2011-12 season where he averaged 4.7 points and 3.3 rebounds per game.

Next home game for the River Lions is Sunday, Jan. 14 at 2 p.m. versus the Moncton Magic.