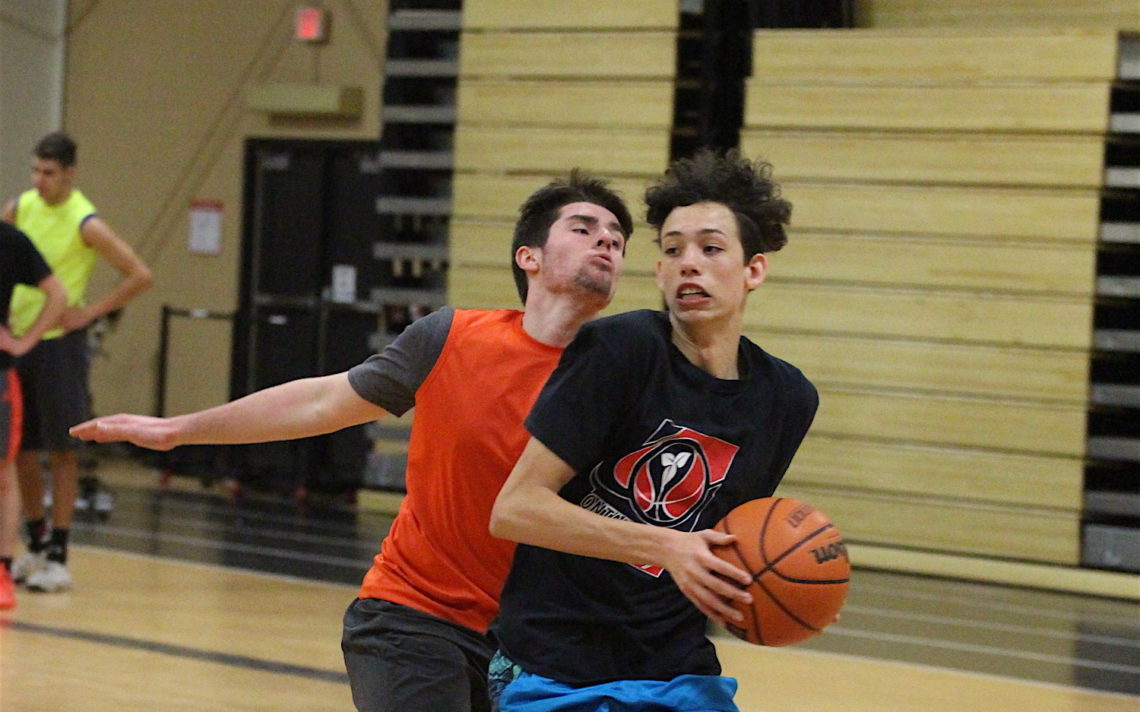 The goal of creating an elite spring and summer travel basketball program in Niagara for boys is off to a roaring start.

The Niagara Tigers, a new organization headed by veteran high school coach Pat Sullivan and Ridley prep and international coach Tarry Upshaw, has been granted a franchise in Zero Gravity’s Adidas Select Series and the initial response has been overwhelmingly positive.

Eight coaches showed up for a coaches meeting Dec. 28, coming from a variety of locales including St. Catharines, Pelham, Grimsby and Niagara Falls.

“Everyone said this is a good thing because we need it in the area,” Upshaw said. “The kids don’t really have a place to play and they’re leaving and going to other areas and sitting on benches and never playing.”

“We have a number of people who have said they wanted to step up and help and that doesn’t surprise me because there are a lot of people in the area who want to help and make the area better,” he said.

Upshaw was more than happy with the response they received from coaches.

“We have eight coaches already here and one or two couldn’t make it because of work,” he said.

The Tigers had workouts on Wednesday and Thursday for players in Grade 7 through high school and the turnout was equally impressive.

“We had no idea in terms of numbers who would show up, but we roughly had 25-30 kids in each session which is a good start,” Sullivan said. “We know it’s Christmas Break and people are doing things. 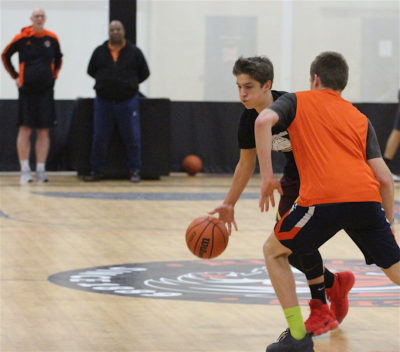 “This idea was to get the word out, get our faces out there to make some connections with parents and we are still trying to figure out how it is all going to play out.”

Upshaw was impressed with the calibre of the players who turned out. The older group’s workout featured some of the top high school players in Niagara.

“There’s talent, size and skill and they’re working hard and getting better,” he said.

Sullivan and the other local coaches know the kids who are playing at the senior high school level, but need to identify the top players at the junior high school and younger club levels.

“There are people who know who they are and we are just trying to get caught up to speed,” Sullivan said.

This week’s workouts gave the Tigers coaches a sense of which players are out there.

“At each age group, there are six or seven kids that we definitely feel that we want and would benefit from it,” Sullivan said. “We have a good nucleus and what we would like to do is identify the kids we do want and then open it up and have a tryout to fill out those rosters.”

The Tigers have also reached out to all of the local clubs and have had some sort of correspondence with almost all of them.

“We have received a lot of support for this initiative and also a few questions and anticipated concerns on how this might impact current organizations and operations,” Sullivan said. “We are committed to working with everyone in the basketball community to make this work to provide new experiences for the basketball players in Niagara.”

The next step for the fledgling organization is to continue communicating with interested parents and players. 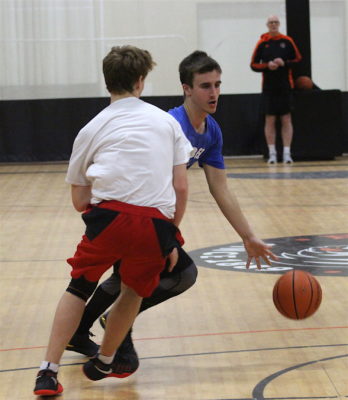 “We want to really respect the high school season and the OBA (Ontario Basketball Association) season and we won’t probably start up again until April and May,” Upshaw said. “We wanted to identify some kids, show them what we are doing and give them a feel of what it is.

The organization has been accepted into Zero Gravity’s Adidas Select Series but they might also be get a few of the teams playing in The Gauntlet, which is the next level up for Adidas.

“We are going to provide opportunities to play but also if kids just want to train,” Upshaw said. “We also going to do strength and conditioning.”

Niagara River Lions strength and conditioning coach Jeff Aldham will be helping out in that regard.

The cost of registration has yet to be determined.

“I have to lean on Sully a bit to understand what the pay structure is down here,” Upshaw said. “We are going to work together to put ourselves in a pocket where we are comfortably in the same ballpark as everybody else.”

While the organization may at some point expand into lower age groups, it is committed to making it a spring and summer program only.

“For high school kids, we are hoping that the best of Niagara will consider us a great extension to the high school season with opportunities to train and travel from April through July,” Sullivan said.

One of those best is 16-year-old Noah Honsberger, a Grade 11 student at Denis Morris who plays with the St. Catharines Rebels travel program.

The 6-foot-4 player was at this week’s workouts and likes the concept.

“It it because they are putting together all the best players from Niagara and it will be great to play with all of them.”

Honsberger feels the spring schedule is perfect for players who want to get better.

“That’s the in-between between high school and when your travel team plays.”

He is looking forward to playing with the Tigers.

“It’s a chance to play against some of the better competition in the States and improve my game,” Honsberger said.

As of this week, the organization’s plans are listed below:

Grade 12 players: Training available April to June with the potential, based on numbers, for a travel team to play in events in June and/or July.

Grade 11 players: Open tryout in April. Training available to select team and others from April to July. Select team to travel to either Adidas Select or Gauntlet events in late April and two or three in July.

Grade 10 players: Optional training in April and May. Open tryouts in late May. Training in June and participation in at least two July events in either the Adidas Select or Gauntlet series.

Grade 9 players: Optional training in April and May. Open tryouts in late May. Training in June and two or three events on Adidas Select series in July.

“With respect to the fact that a lot of kids are already committed to various teams for the spring, we are looking at a modified plan to get off the ground and see how things evolve in Year 1,” Sullivan said.