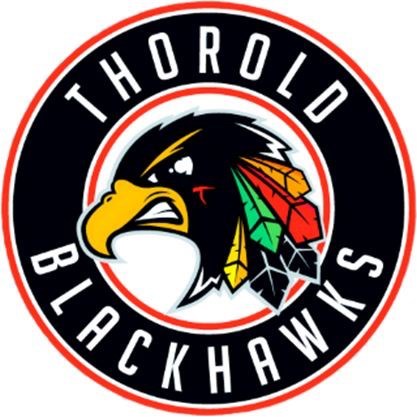 James Guest, Matthew Dolan and Matthew Chard scored for the Hawks in the third to break a 2-2 tie.

“Right from the get-go we had two breakaways. We had a number of chances but we just weren’t scoring,” he said. “I was pretty confident throughout the game we were going to take control. It was just a matter of when they were going to go in.”

Thorold excelled on the power play scoring four goals with the man advantage in six opportunities.

The Panthers went scoreless in five chances with the man advantage.

“We’ve been capitalizing a lot on the power play lately,” Barnes said. “We’ve put a lot of time into it at practice the last couple of weeks. It comes down to executing.”

Pelham opened up a 2-0 lead in the first period on goals by Thomas Young and Tyler Kennedy before Griffen Fox scored late in the frame for Thorold.

Trevor Neumann netted the lone goal of the second to tie the game at 2-2.

Anthony Tremonte turned back 28 of 30 shots in goal for the win.

Nicholas Kidd made 35 saves in net for Pelham.

Barnes would love to see the club get to the .500 mark.

“We were hoping to get to .500 last Saturday in Fort Erie. We made that a goal of ours and then we went out and had our worst game of the year,” Barnes said. “I think that is a number we have been going for. At the start of the year we wanted to be around .500.”