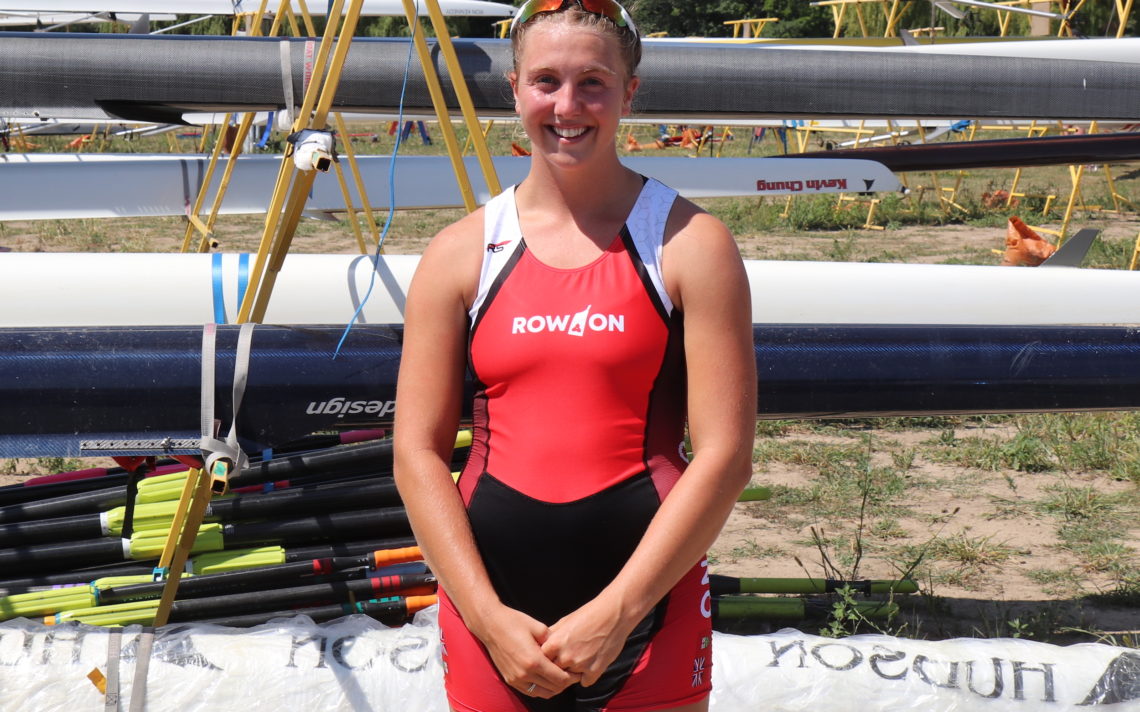 Based on her selection to Canada’s under-23 team for the world rowing championships, a spot on Team Ontario in the Niagara 2022 Canada Summer Games was Hailey Mercuri’s for the taking.

It would make for a busy end to the summer for the 21-year-old Vineland native and give her little to no time off before heading back to row at NCAA Division 1 University of Iowa, but she didn’t hesitate to confirm her spot on the squad.

“Obviously I don’t get a break because right after this I have to go straight to school but it was an easy choice,” the Grimsby Secondary School graduate said. “I would have been jealous if I had to watch the races go while I am here.”

The three-time Canadian Secondary Schools Rowing Association champion, including twice in the single, has not rowed in St. Catharines since the 2019 Schoolboy championships

“It is nice to be back because it is my favourite course,” she said. “I learned how to row here so there is the nostalgia from that and it is just a beautiful course. It is very wide and open. I have been around the world and seen a bunch of other courses and by comparison, we have quite the course here. Even this brand new building (Henley Rowing Centre), we are so lucky.”

Her favourite moment to date in the Canada Games came Thursday when the women’s eight passed British Columbia on the way to a first-place finish in its heat.

“I know we are pretty nervous, with all new girls, new sweepers, which is crazy.”

At the Games, she is competing in the eight, single and the four. She has advanced to the A final in all three events, placing first in the eight and four and second in the single.

“It won’t be easy but three gold medals have never hurt anybody,” she said, with a laugh.

Mercuri came into the Games on a high after representing Canada at the under-23 worlds in Varese, Italy.

“It was really good. I was in an eight instead of a double. I loved the double but the eight is my boat. It was a great group of girls and I was excited and honoured to be there. It was fun.”

Her experience competing at the under-19 worlds in 2019 was a big help for her and others.

“Having a couple worlds underneath your belt is great and the more the merrier. I now have two and I am very glad to have that because the competition is quite stiff and that’s good to understand. There are no breaks on those races. It is just push, push, push.”

“You learn that there is more to give and you learn new technique basically every single day, getting with your crew and bonding with your crew,” she said. “Personally, I learned about taking on a leadership role which I can bring back to my school, the University of Iowa. I am excited to go back there, work with everyone, apply some of my knowledge and maybe bring some of the girls who want to go to the under-23 worlds up, even on the American team.”

Mercuri is entering her fourth year of eligibility at Iowa. Last season, she was bow seat in the No. 1 varsity eight.

“We had a couple of changes but we beat a lot of the competition who didn’t expect us to do as well as we did. I know my coach said he kept getting text messages from other coaches saying that we looked so good. That was a good feeling to know the program is going up in the rankings.”

Mercuri, who is majoring in exercise science, has loved the D1 student/athlete experience

“It is great and extremely competitive. I would say that the NCAA is more competitive than the world stage so the opportunity to be in it is amazing.”

She is not sure where she is going with rowing.

“I guess it is TBD, If I make the under-23 worlds team again, that would be a good sign. Obviously everyone wants to get to the Olympics and I would have an excuse from my parents to get a tattoo. That would be the only way I could get one.”

The rowing finals at the Games are being held Saturday and Sunday from 9 a.m. until noon.