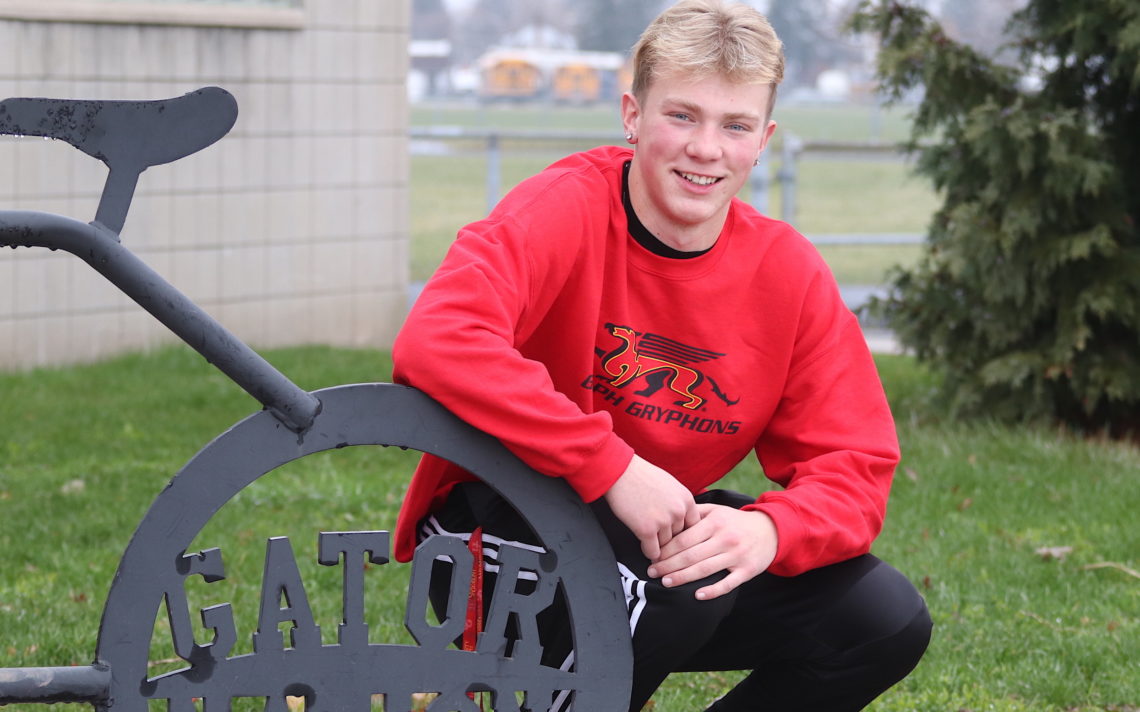 Guelph mines diamond in the rough

Lakeshore Catholic football player Aidan Atkins is the prototypical diamond in the rough.

“He is 6-foot-3, 194 pounds, a 90-plus student, a real good athlete and people just don’t know who he is,” said Lakeshore senior football head coach John Casasanta, who also doubles as the University of Guelph’s Niagara recruiting officer. “This year was the first season where he would showcase his skillset by trying out for the (Niagara) Spears and trying out for Team Ontario. He has been kind of buried here at Lakeshore because we haven’t had a successful program in a number of years.”

Atkins, a 17-year-old Crystal Beach native who recently signed a letter of intent with Guelph, has been surprisingly OK with losing both the summer travel and fall high school seasons to the COVID-19 pandemic.

“It was definitely a bit of a challenge but it was kind of nice at the same time to be able to step back for a moment and appreciate the other things in life and realize that not everything has to revolve around football,” the receiver said.

“Especially progressing with football to the next level, it is going to become my lifestyle and it is what I am going to be focused on all day, every day. It was a nice mental break to step away from that for a minute, recalibrate and start getting ready for that.”

His preparations for Guelph are already underway.

“The past couple of months I have been doing speed training a couple times a week. I have also been trying to work out at home as much as I can and recently, I have been starting to hit the gym a little bit more.”

Atkins filled out a couple of recruiting questionnaires but Guelph was the only school that openly expressed an interest in him.

“I knew some of the coaches that had been there before, I knew some of the players who went there and I attended their game against Western last year. It was kind of like the potential prospects invitation game.”

It didn’t take him long to decide on Guelph as a destination to play football and study sports management.

“I liked everything that I saw about the school and talking with the coaches a little more over the past couple of months, it felt like it was going to be the best place for me to succeed academically and athletically.”

Atkins feels his game has progressed quite a bit over the past few seasons.

“It has definitely been in the mental aspect of the game, being able to perform under pressure and not get my thoughts clouded when there are big moments on the line,” he said. “Physically, I have taken big strides everywhere: my strength, my speed, my agility, my route running, catching and everything.”

He knows there’s still lots of work to do. 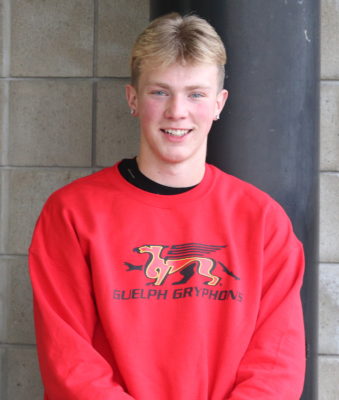 “To get to the next level, I have to keep getting better and better at everything,” he said. “Being fast in high school is not the same as being fast in university. Everything is going to need to get better but my biggest focus will be my strength.”

He is looking forward to the challenge of playing at the next level.

“My hope is to go in there and try and compete for a starting spot as soon as I can, but the main goal is to just be a part of a winning culture and program and do my best to help bring a Vanier Cup to Guelph.”

He is most looking forward to embedding himself in the culture at Guelph.

“Coming from a small town, the sports culture is not always the same as playing in a big city at a higher level. It will be nice to be at program where everyone, all day, every day is 100 per cent committed to winning and getting better.”

Casasanta is excited to see what Atkins can do at Guelph.

“It won’t be right away, but he is going to surprise a lot of people. A coachable kid like that with a lot of smarts, he’ll go to Guelph, he will work out and he will learn the system,” he said. “I have done this long enough and I have recruited enough diamonds in the rough to say he’s easily up there.”

“He (Palmer) couldn’t even back pedal and he ended up winning the Wildman Trophy (Guelph MVP) and was a captain for us,” he said. “He was a good kid with good marks who was strong, wanted to learn and had a good work ethic. And Aidan’s like that. He has a great skill set that will take him pretty far.”