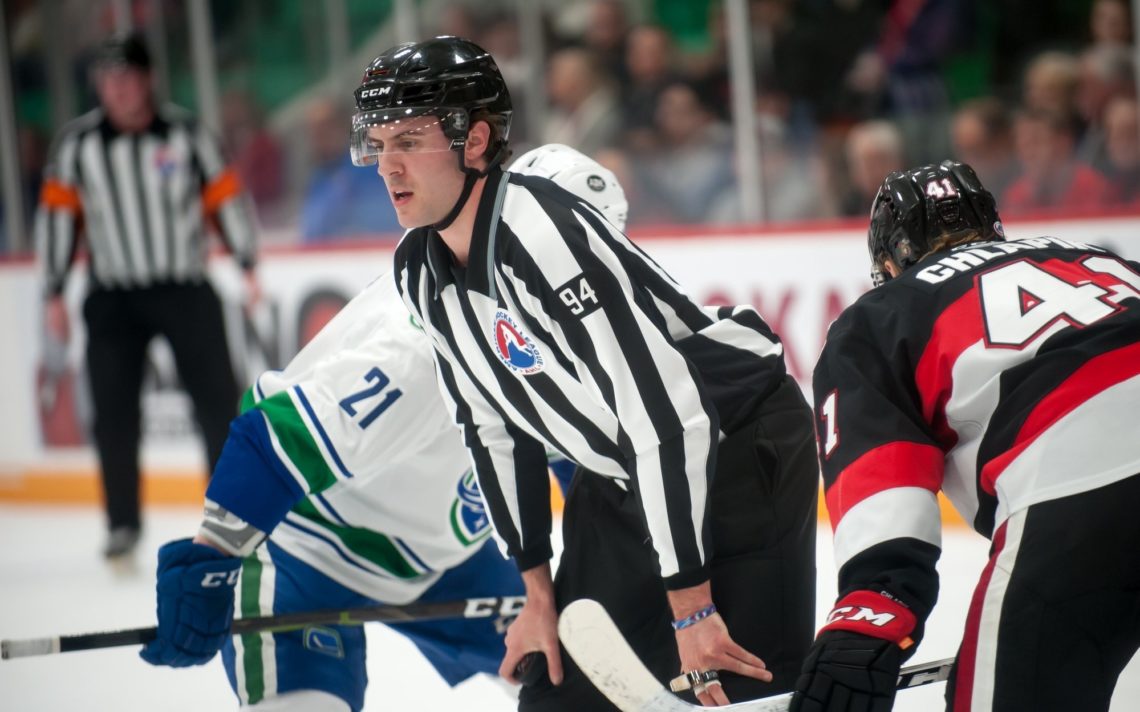 Hockey has been the last thing on Matt Mannella’s mind this fall.

The 25-year-old Niagara Falls native has been concentrating on finishing his degree in business administration from Brock and dealing with the COVID-19 pandemic.

So when the former Niagara Falls Canuck got a call informing him he had been selected to work the 2021 IIHF World Junior Championship in Edmonton as a linesman, he was caught off guard.

“Obviously I was in the midst of the whole pandemic and everything that was going on so quite honestly I wasn’t thinking about hockey too much,” he said. “I had my mind on a lot of other things. I was pretty focused on school but I was very excited when I got the call.

“It’s already been a whirlwind couple of months.” 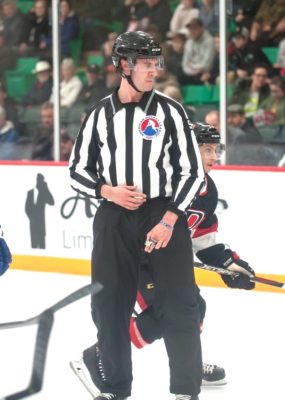 Mannella has been in isolation this week preparing to leave for Edmonton Sunday. The tournament begins Christmas Day and wraps up Jan. 5, 2021.

“It hasn’t really set in yet,” Mannella said. “I think it will start to set in when I get to Edmonton and I see the facility and see the media kicking around and you start to get that buzz and that excitement.

“I have been in televised game before (CHL Top Prospects game) but obviously this is on a totally different level in terms of global viewership.

“I’m very excited for the opportunity.”

Mannella is doing the best he can under the circumstances to prepare for the tournament.

“There’s a bunch of things we can do,” he said. “Number one for me is reading the rule book, that’s very important, and No. 2 is keeping my fitness level up as much as I can. In a self-isolation period, there is only so much I have at my disposal but I’m keeping my cardio up.”

Mannella played two seasons for the Canucks before moving on to the Ancaster Avalanche and then a handful of games with the Brock Badgers in 2016/17. He had put officiating on the back burner while playing junior but then injured his knee with the Badgers, and when he recovered, found he no longer had a spot on the team.

“I was still really focused on my playing career at the time so I didn’t really start taking officiating seriously until the last couple of years,” he said.

Mannella was progressing through the Hockey Canada level system and then attended Don Koharski’s officiating camp in June of 2018. He was hired by the Ontario Hockey Association OHA a few months later as linesman.

“I was very excited,” Mannella recalled. “It was a big step up from minor hockey.”

Mannella then went to a National Hockey League exposure combine in Buffalo in August of 2018 which earned him a job working a Toronto Maple Leafs scrimmage at the Gale Centre in Niagara Falls that fall.

The day he was slated to work the scrimmage, Mannella received more good news.

“I was putting my suit on and received an e-mail from the AHL (American Hockey League) offering me a job as linesman. I literally read it 10 times I was so excited,” he said.

The following summer Mannella was hired by the Ontario Hockey League.

“I had the same level of excitement to work that level as well,” Mannella said. “I always dreamed of playing there as a player. To get there as an official is just as much of an honour and privilege.”

Looking to the future, Mannella would love to continue to move up the hockey ladder.

“I think any official would tell you their goal it to officiate in the National Hockey League much like a player would like to play in the National Hockey League,” he said. “If that were to happen, it would be fantastic. For me, the key is to just take it one game at a time and to work extremely hard and to use the same work ethic I had as a player as an official as well.”

Mannella is realistic how difficult it is to make that last jump.

“It would certainly always be a big step up because it is the best league in the world,” he said. “I think I have to continue on the path I’m going down and work hard and get better every game.

“I work with so many experienced guys. Those senior guys are there to help you and help progress your game as a younger official. There’s always room for improvement.”

Mannella began officiating when he was 14 after he was encouraged to give it a shot by a local Ontario Minor Hockey Association official and supervisor in Niagara Falls.

“I knew I really enjoyed it when I was getting up a 7 a.m. on Saturday to work an 8 a.m. novice house league game at the Chippawa Arena,” Mannella recalled. “I knew because I wasn’t dragging my butt out of bed it was something I really enjoyed doing.”