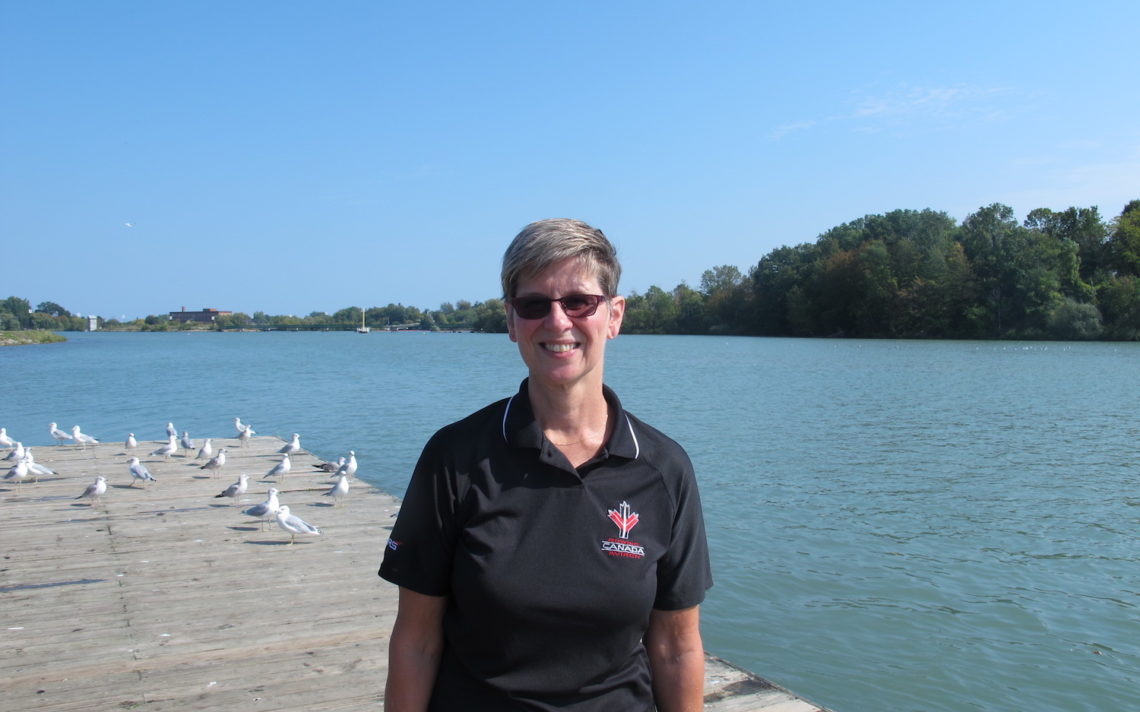 This is Day 4 of BPSN’s 12 Days of Christmas, a look back at some of our favourite stories from 2017. We hope you enjoy revisiting some of our top stories since our inception in September.

Just one look was all it took and Carol Purcer was hooked on rowing.

Purcer was in her early 30’s when she signed up for a recreation league on Henley Island. Only a year removed from losing her husband and with three young children to raise, Purcer wasn’t sure if she had the time or inclination to try something different. But thanks to a group of close friends who paid for her registration and baby sat her children, she gave it a whirl.

It was a decision that changed her life.

“I met some wonderful people, great friends and my current husband Mike was my coach,” she smiled. “It is a very social sport. It’s what you do outside of the boat that connects you. You meet so many people from so many walks of life. I don’t know if you’re a doctor or lawyer or clean the washrooms in a hotel. We all pulled together and spent time together.”

She also quickly realized the element of teamwork involved in the sport.

“When I saw what it took to learn to row — the co-ordination, the teamwork, the integrity, all those pieces — I realized this would be great for young people in high school,” she said. “I was a high school teacher at the time. That’s where I started seeing where kids involved in rowing, their marks were better, they were more engaged in school and they contributed more to the community. That’s where the passion started.

“It was seeing what it could do for the individual.”

Fast forward to the present and Purcer’s life has been filled with rowing on several levels from a volunteer umpire, to the Chair of the Royal Canadian Henley Regatta from 2003 to 2009.

Purcer, who was also involved with Rowing Ontario as vice president of events and more recently as the provincial director for Rowing Canada, now has a new title after being named President of Rowing Canada Aviron.

“We’re a policy/strategy board. It’s to set policies so we can grow rowing across Canada,” said Purcer, who will work closely with Rowing Canada Chief Executive Officer Terry Dillon, who manages the office staff and high performances coaches.

Purcer, who retired last year as principal of Sir Winston Churchill Secondary School after 35 years of teaching, has a wish list she would like to see implemented in her new position.

“There’s some great things happening but we’re not sharing them very well,” Purcer said. “I’ve been trying to push that at the table and I wasn’t getting any traction so I thought I need to be the president then so I can lead this direction.”

Growing the sport is at the top of her list.

“This is my first and foremost goal for anyone and everyone that wants to be involved, not just high performance athletes,” she said.

As well, Purcer is determined to see to it elite athletes get to where they need to go.

“I want to enhance the athlete pathway,” she said. “I don’t think that is always apparent. We need to get cleaner and clearer on that.”

Purcer, 60, is a big believer in organizing things properly. Along with the help of long time rowing executive Bill Schenck, she revamped the way volunteers were employed at the Henley to the point where now there are up to 600 helpers on the island working in shifts.

She believes that type of organization is also crucial at the top.

“I’m a phys-ed major so my world has always been sport but I was never immersed in the sport organization,” she said. “It’s so easy for an organization to fall apart if we aren’t constantly pulling everyone together and feeling like they belong and are part of something greater.”

Purcer would also love to dispel the stereotype that rowing is all hard work, early mornings and dieting.

“I’ve never been to an early morning practice and I’ve been involved in rowing for years,” she said. “The early mornings make it sound tough and hard but we do a lot of fun things as well. Not enough people realize there’s fun stuff going on out there.”