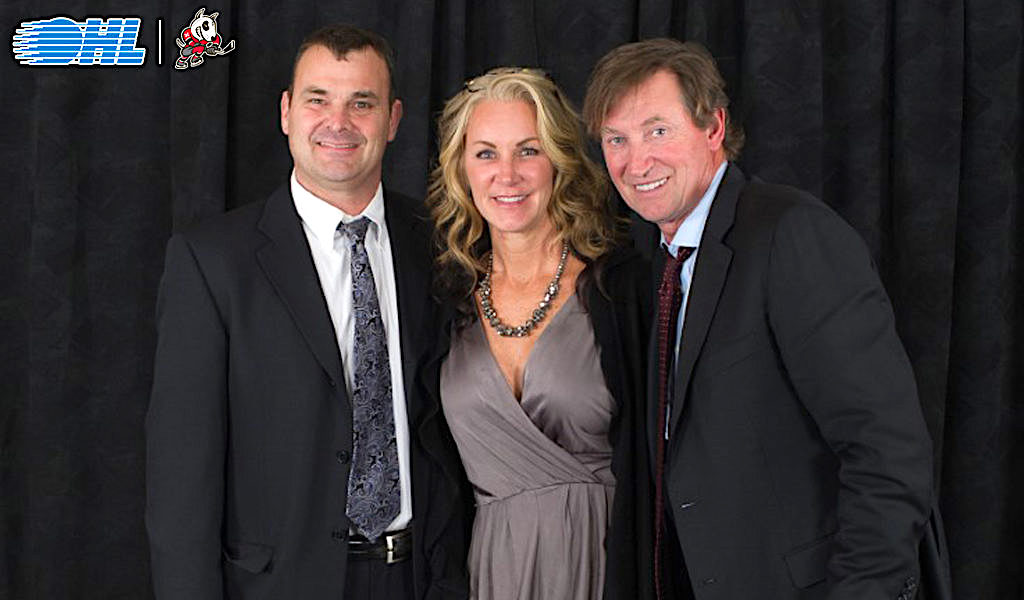 The Great One is part of the new ownership group of the Niagara IceDogs.

The Ontario Hockey League announced Thursday they have unanimously approved the transfer of ownership of the IceDogs to a group consisting of majority owner Darren DeDobbelaer alongside minority stakeholder Wayne Gretzky.

“On behalf of my wife Michele and our family, we are more than excited to be part of this incredible league,” DeDobbelaer said. “The fans, facility and the Niagara Region are second to none and I’d like to thank the Ontario Hockey League for this tremendous opportunity.”

Gretzky played in the OHL for the Sault Ste. Marie Greyhounds during the 1977-78 season prior to a Hall of Fame NHL career.

“I’m really excited about being back in junior hockey and have always loved it. To be partnered with a fellow friend from Brantford is so exciting for all of us and we can’t wait to get started,” Gretzky said in a press release.

The IceDogs franchise was established as the Mississauga IceDogs at the outset of the 1998-99 season and made the transition to the Niagara region after nine seasons in the summer of 2007 when Bill and Denise Burke purchased the club from the late Eugene Melnyk. Through their 14 seasons in Niagara, the IceDogs won a pair of Eastern Conference championships (2012, 2016) and two Central Division banners (2012, 2019).

The IceDogs open the 2022-23 regular season Thursday, Sept. 29 against the Mississauga Steelheads at the Meridian Centre.