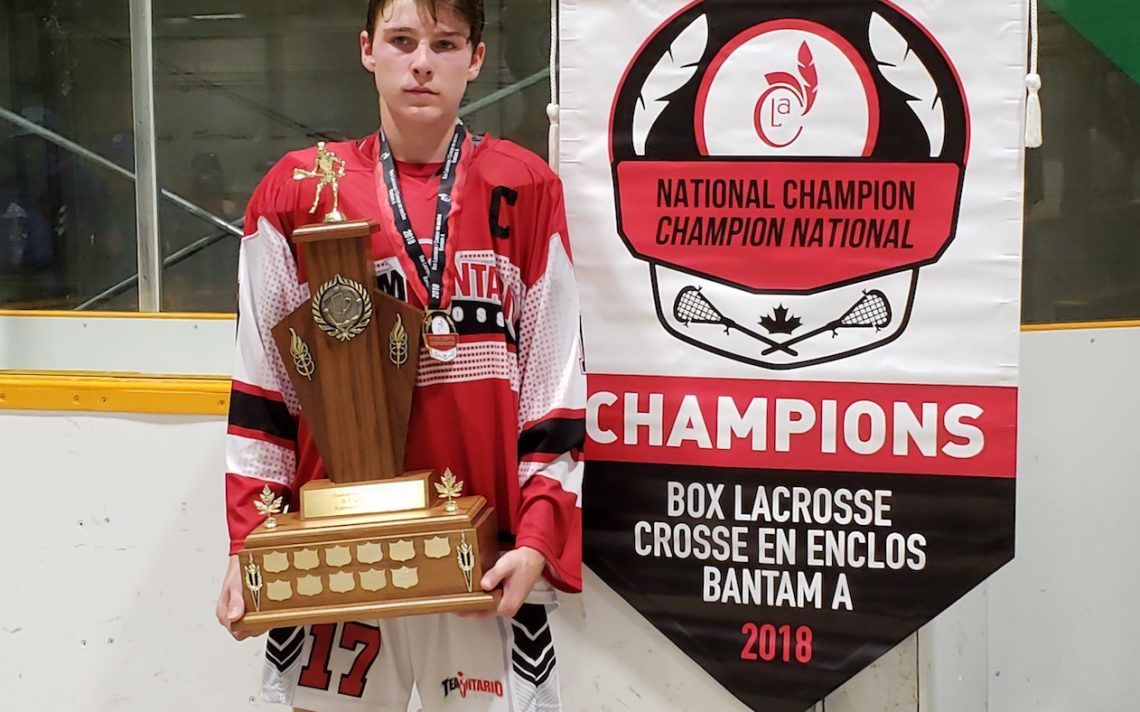 It has been a summer to remember for Gavin Howard.

The 14-year-old St. Catharines resident has been part of a pair of championship lacrosse teams at the provincial and national levels.

After helping the St. Catharines Athletics bantam team to an Ontario championship, he tasted victory again three weeks later, this time at the Canadian championships in Saskatoon.

Howard, who is set to attend Grade 9 at St. Francis Catholic Secondary School, celebrated with a trip to Florida with his parents.

“It’s nice to relax after having lacrosse every week. I didn’t really have a break,” he said from Cocoa Beach.

Having said that, Howard was thrilled to be part of both squads.

“It felt really good. I really didn’t think our Athletics team could have done that, but we proved them wrong and won provincials,” he said.

Once he and his teammates got to Saskatoon, they quickly realized it wasn’t going to be an easy task to bring home gold. Overall, Team Ontario went undefeated at 7-0 and defeated B.C. in the final.

“The competition was better than I thought it was going to be,” said Howard, who scored the game-tying goal in the final. “Two years ago our team didn’t really have a problem winning and this year First Nations and B.C. put up a fight against us.”

Howard, who also won a national title at the peewee level two years ago, said that experience came in handy.

“It was only nerve wracking for the first few games because I’d been through it before so I knew what was going to come,” he said.

Howard’s experience also came in handy when he was named captain by head coach Josh Sanderson, Sanderson is the San Diego Seals’ director of player personnel and offensive coordinator and former assistant general manager for the Toronto Rock.

“It (being named captain) meant a lot. I had to show a lot of leadership throughout the week leading the team to victory,” Howard said. “I had to direct the team in the right way and keep the team motivated. Before the team, I had to give a speech to pump up the boys and keep them on track.”

“It was nerve wracking. I wasn’t really used to being in that spot. I just kind of did it myself,” he said.

Sanderson had high praise for Howard.

“Gavin led by example all week. We were able to count on Gavin in all situations and he was a big part of us winning gold,” he said.

Howard said the experience only makes his want to succeed even more.

“It’s going to motivate me to do even better to a couple of more national championships,” he said.

His long term goal is a scholarship to a Division I school in the United States.