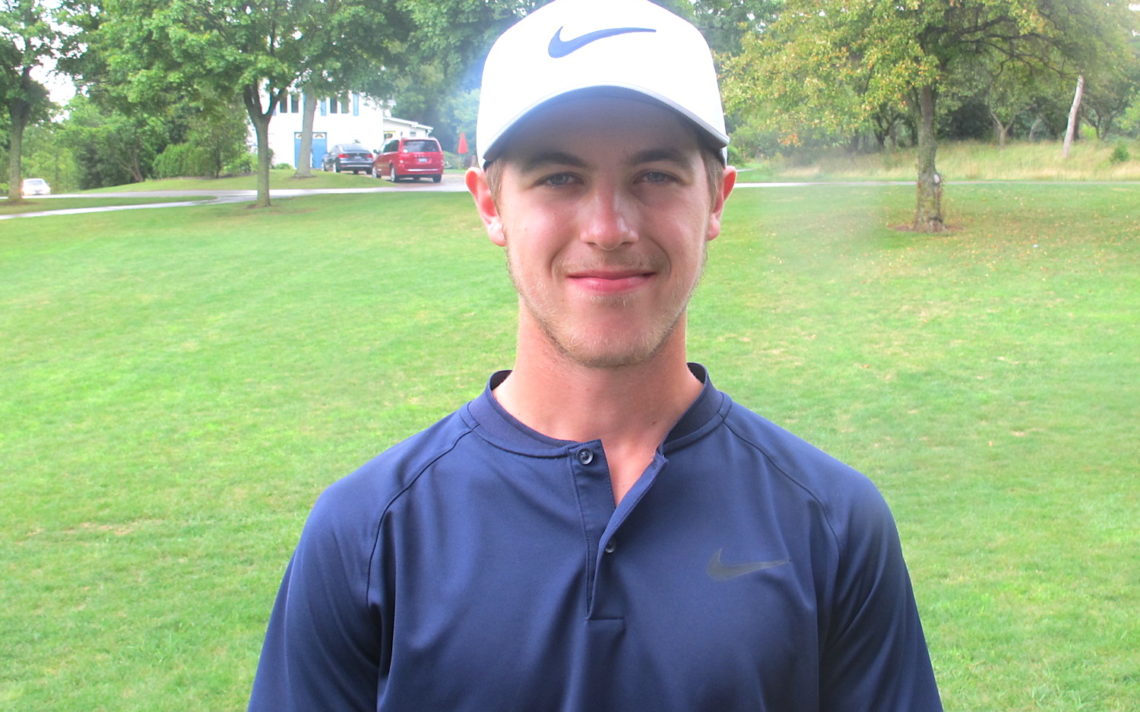 Matt Gibson used a conservative approach to win the latest stop on the Niagara Junior Golf Tour Wednesday at Sawmill.

The 18-year-old Jordan native fired a 73 to edge Ethan Siebert by three strokes for top spot in the U19 boys category.

“You just try and hit the fairway and make the best out of it,” the Eden High School graduate said. “The fairways were pretty wet. I had to keep my drives on the fairway. The greens were pretty slow but I was putting pretty well though.

“My short game really helped me getting up and down for par.”

Gibson and the field had to endure a sloppy, rainy day.

“Everyone has to play in the wet conditions so it’s to no one’s advantage on the course,” he said.

Gibson, who plays out of Lookout Point, wasn’t sure what to expect.

“I’m just going out there to shoot my best and hoping for the best when I come in.”

Gibson bogeyed the second hole and then reeled off nine straight pars.

“I was pretty consistent throughout, (just) a couple of bogeys here and there,” he said. “If I make a bogey, I’m hoping to make a birdie the next hole, but you’re not going to want to have triples and doubles.”

The win was Gibson’s second victory of the season. He also won the tour opener. He failed to win in his first three years on the tour.

“Getting over your first one, hopefully you can then win your second and it just builds confidence from then on,” he said.

Gibson plans to study carpentry at Niagara College this fall. 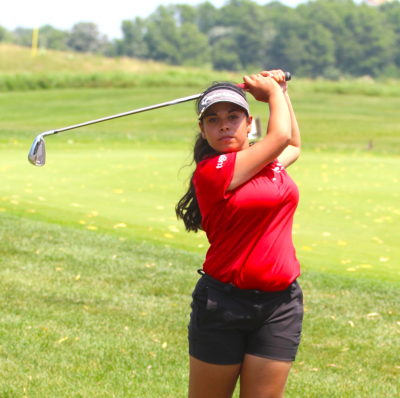 Sukriti Harjai came through under pressure to take top spot in the girls 19U division.

The 18-year-old Niagara Falls resident rolled in an 11-foot putt on the second playoff hole to edge Megan Miron of Hamilton. Both were tied with 77 after 18 holes.

“The pressure was on for that putt. It was a good thing I made it,” Harjai understated.

Harjai and Miron both made par on the first playoff hole.

“I’ve been in a playoff twice before and unfortunately I lost both those times,” she said. “I try to calm myself down if I get nervous. It’s really important to stay confident and relaxed out there.”

Harjai said her putter was off and on.

“I did make some three-putts but my putter did save me a lot in the playoff,” she said.

Harjai, who also won earlier on the tour at Lookout Point, wasn’t sure she would even qualify for a playoff.

“I had no clue what the other girl shot. I was kind shocked I was in a playoff,” she said. “I thought the score was going to go much lower.

“I didn’t play as well as I thought (I could). My irons were really good today but I think I could have made a few more putts.”

Harjai, who plans to study commerce at the University of Victoria in the fall, did well at the Canadians juniors last week in British Columbia, finishing 19th overall.

“The first few days I played really well. The last day I didn’t play as well as I had hoped for,” she said. “It was a pretty big accomplishment. I was pretty happy with that.

“It boosted up my confidence.”

The next stop on the tour is Sunday at the St. Catharines Golf and Country Club.