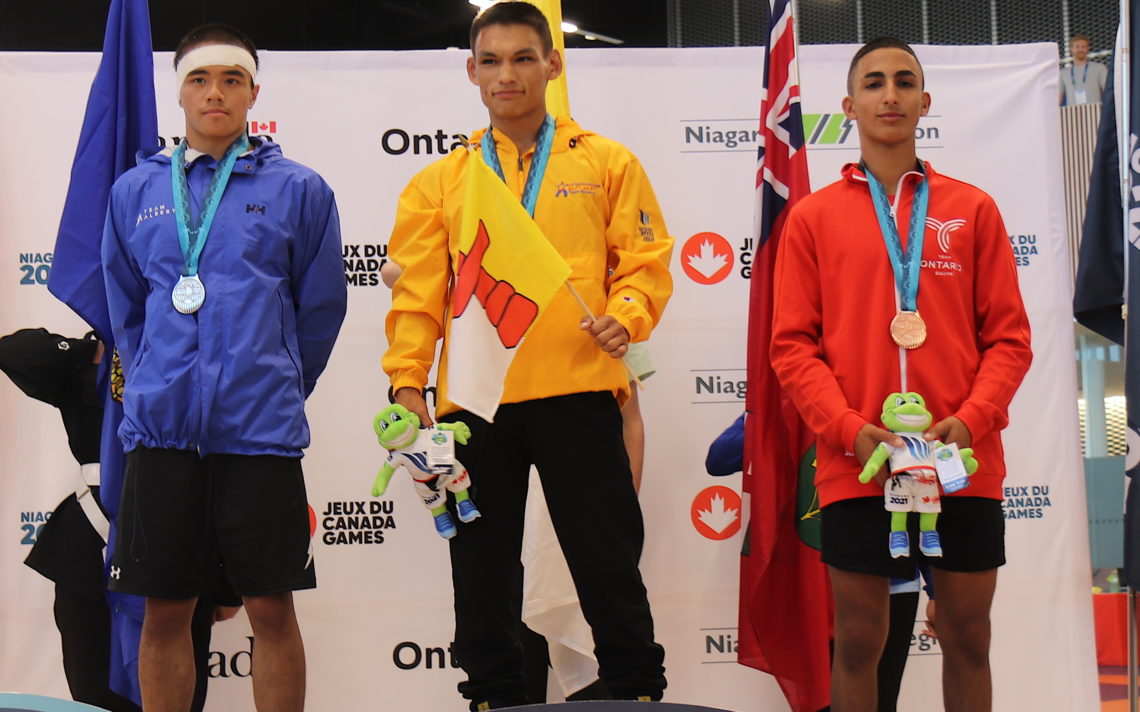 Gatta has bronze to go with gold

After spraining his elbow in a semifinal loss to Nunavut’s Eekeeluak Clarence Avalak Thursday afternoon at Canada Games Park, Zubin Gatta wasn’t sure he would even compete in the bronze-medal match against Quebec’s Tristan Sears.

“My coach wasn’t sure if he wanted to let me compete, the trainers didn’t want to let me but I thought I only had six minutes left of the Canada Games and I might as well try and push through it.”

The 16-year-old Niagara-on-the-Lake resident did more than push through it. He build an 11-0 lead and ended the match by technical superiority with 40 seconds left in the first round.

“I tried to get it done as fast as possible because I didn’t want to be on the mat any longer than I had to be,” the Grade 12 student at Eden said.

The 52-kilogram individual bronze medal will now find a place in Gatta’s collection along with the gold the Brock Wrestling Club member won in the team competition Wednesday night.

The Canada Games served as an important learning experience for the five-time provincial champion.

“I learned lots. I learned to never settle for anything less than gold even if I know I am going against the kid I went against (Avalak),” he said. “The Canada Games, more than any other tournament, brought me closer to a lot of people, especially my teammates in Ontario. This was the first tournament I was officially part of Team Ontario and I loved the environment and I loved everything about it.”

The Games will motivate him as he takes the next steps in his wrestling career.

Avalak ending beating Fred Calingay of Alberta 10-1 to win the gold medal. It is the first Canada Games gold won by an athlete from Nunavut.

Gatta was happy for Avalak.

“He came to Ontario and stayed with my family for about a week. His whole team stayed with us.”

Gatta was in tough against Avalak.

“I had a game plan going in but it wasn’t enough,” he said. “He got me down and hit me with a gut wrench. I knew it was coming and my coach Mary Calder told me before what to do. I know how to defend a gut wrench. I posted out with my arm and he went right over it and popped my elbow out.” 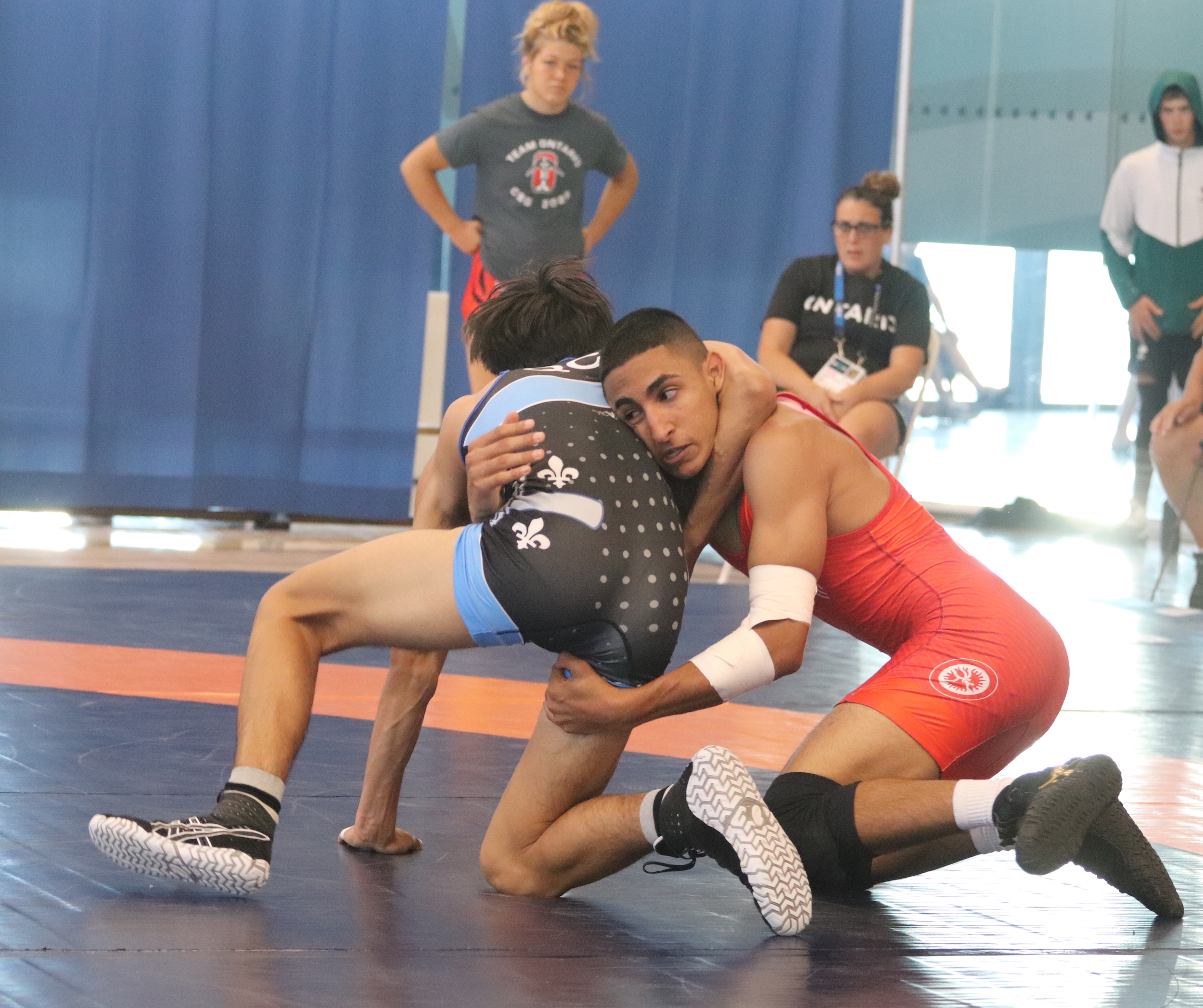 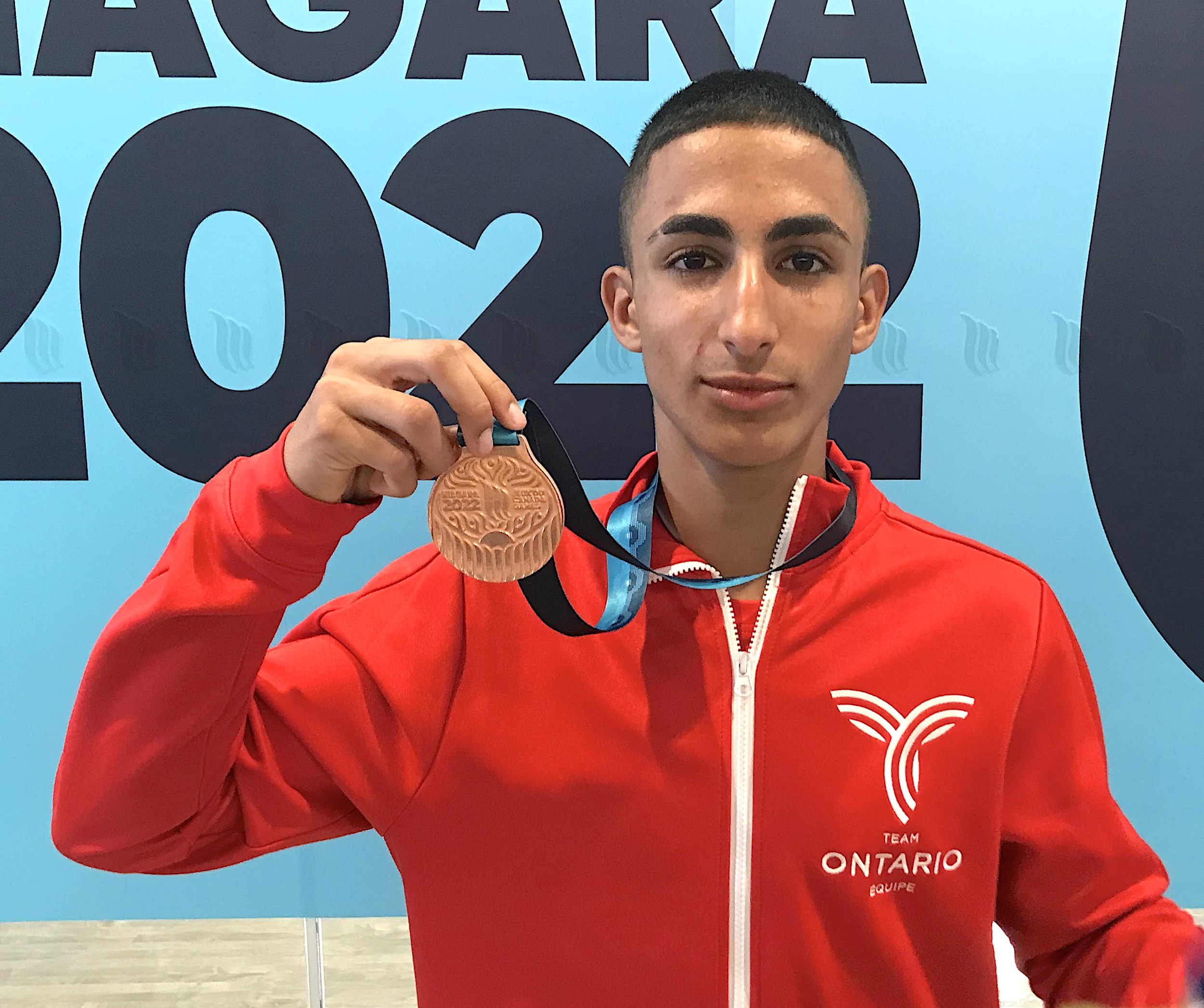