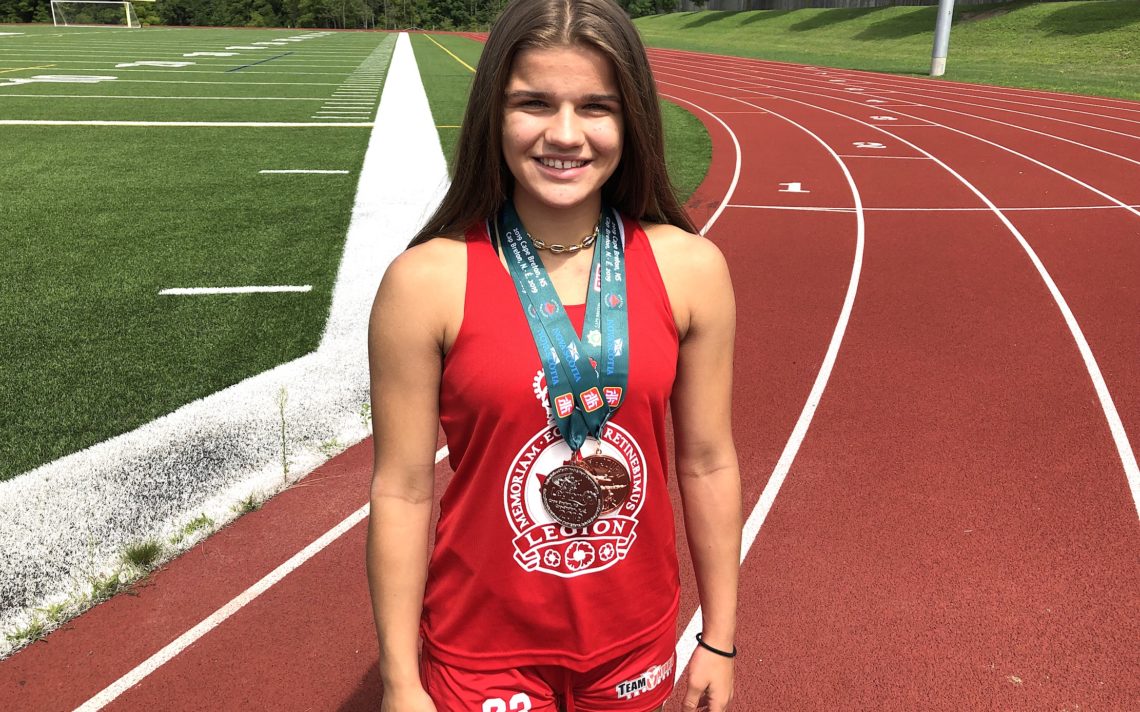 Mia Friesen’s experience at the Youth Nationals in Sydney, N.S., earlier this month was about more than just wins and losses.

The 17-year-old, Governor Simcoe student won a bronze medal in the under-18 girls heptathlon with a personal best score of 4781. She also was part of the 4 x 400 relay team, which earned a silver.

Friesen was one of seven athletes who represented the Thorold Elite Track and Field Club and one of two who were selected to be a part of Team Ontario as one of the 40 top track and field athletes in the province.

“I was upset I lost, obviously,” Friesen said. “Even though I didn’t home with gold, I came home with something.”

Friesen is well aware a gold medal in every competition, every time, simply isn’t realistic.

“It was satisfactory. I PBd in certain events. I jumped 1.64 and my height is 1.59. That was something cool that happened to me. I got to run a 400, something I haven’t run since the sixth grade, and I did pretty well.”

“Marty said if your goal every time is to win, you’re not doing it right. You’re not training right,” Friesen said.

Friesen was leading the competition for part of the event and always remained in the top three. Despite a strong finishing effort in the 800-metre where she finished with a time of  2:35.92, Friesen barely hung on to third by 112 points to claim the bronze.

Being part of Team Ontario was something Friesen won’t soon forget.

“It was something else, definitely,” she said. “It was an experience I hope everybody at some point someone in the athletic community gets to experience.

“You are always with the team. You were never not with your team.”

Friesen feels that close-knit feeling was key in helping bring out the best in everyone.

“I think it really helped everybody’s performance level,” she said. “The 40 of us went in as total strangers — there were a couple that you knew from track meets —but all 40 of us left as tight as could be.

“Throughout the weekend, I was back and forth from the throwing area to the track just cheering my teammates on when I wasn’t competing. It was people I didn’t know five days ago.”

Friesen spent last weekend at a wrestling tournament in New York with the Brock junior Badgers and is well aware a big decision — track or wrestling — looms on the horizon.

“I’ve got a couple of decisions I have to make,” she said. “I’d love to figure it out by November, December. I have to set down what I’m going to do. It all depends on what I love more and what happens next. I’m just sort of experiencing both as much as I can before I make that decision.”

Friesen, who captured three gold medals in the senior girls long jump, triple jump and 100-metre hurdles at the SOSSA (Southern Ontario Secondary Schools Association) track and field meet at the Niagara Olympic Club earlier this year, is also a talented wrestler who made it to the gold medal match in the 61-kilogram juvenile (under-17) final at the national wrestling championships in Fredericton, N.B. last year and also has an OFSAA (Ontario Federation of School Athletic Associaton) gold medal to her credit. 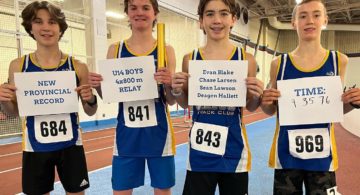 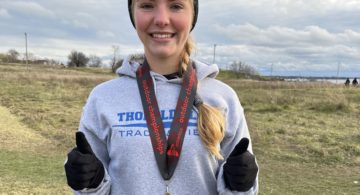 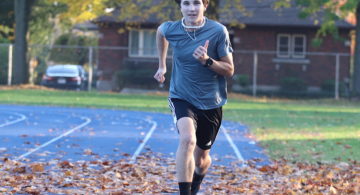