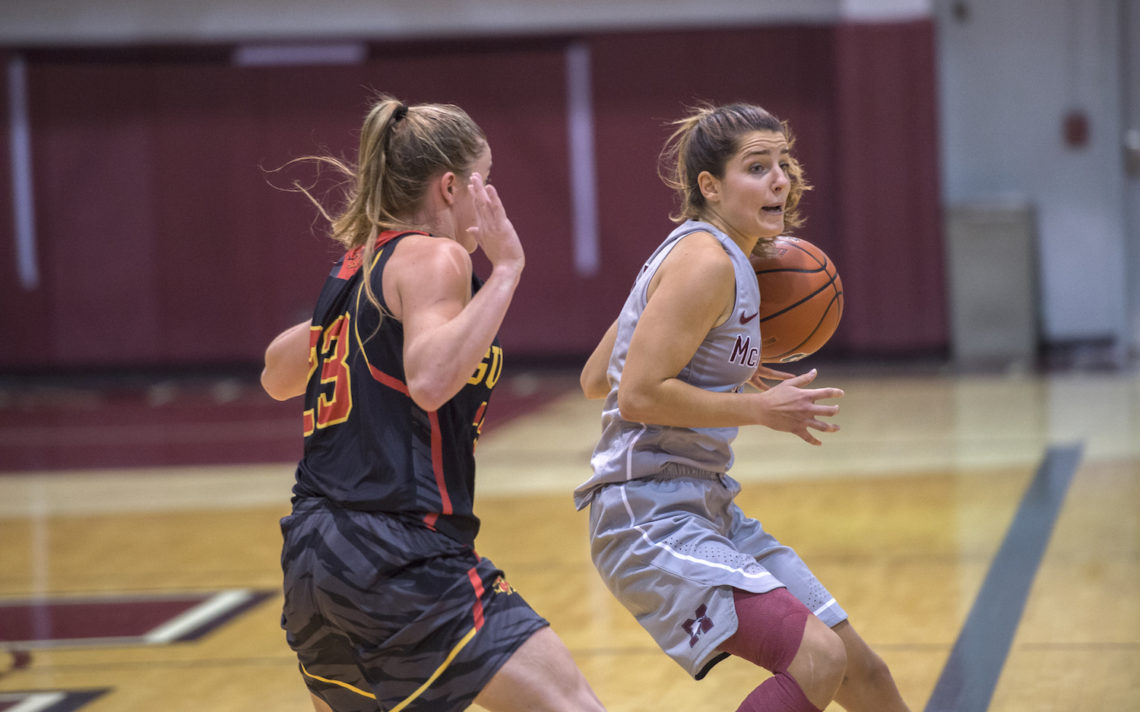 After leading the St. Francis Phoenix girls basketball team to a 37-0 season and an OFSAA AA gold medal in 2012, Jelena Mamic was looking forward to her post-secondary career with the McMaster Marauders.

But the 5-foot-7 guard was hit by a run of tough luck when she tore the ACL in her right knee in April of her Grade 12 year. She started attending McMaster in the fall of 2013 and missed her first season as she rehabbed the knee. Going into her second year of McMaster, she tore the same knee again in September and spent another year on the sidelines.

It took until halfway through her third year before she was able to return to the court.

“After the second time, I was upset and questioning ‘Why me?’ but right away I thought that I would be back next year and I was already in recovery mode,” she said. “I tried to do things ahead of time which would get me back quicker.”

She’s hoping her knee issues are a thing of the past.

“I’m not sure it’s 100 per cent,” she said. “There’s a little bit less speed and quickness when I am turning but it has been working for me and it hasn’t hindered me at all.” 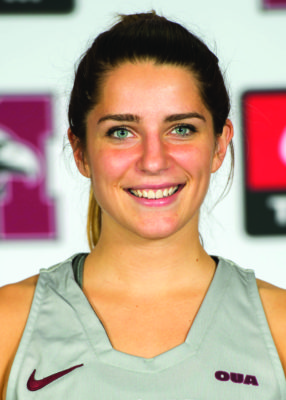 In addition to building up her knee, she had to rebuild her self confidence.

“The only hindrance when you come back from an injury is your confidence,” she said. “I had certain expectations and when you don’t reach them you get down on yourself and I am very hard on myself as it is.”

She used her time on the sidelines to improve her game.

“Sitting down and watching the game made me learn about the game way more,” she said. “I got to look at what the coach was seeing on the court, observe everybody and take all that in to when I actually play.”

Having such a tough start to her university career, has made the hard-working Mamic appreciate basketball even more.

“I love every practice and I never complain about having an early morning practice,” she said. “I get upset some times when practice is over because I want to keep going.

“It’s something that I will always enjoy doing and I will never take it for granted.”

“That was my first full year playing and I was mostly the sixth or seventh man coming off the bench,” Mamic said. “We had a really good team last year and even getting to play was a big accomplishment in itself.”

This season, she is the team’s starting point guard and is averaging 26.7 minutes of playing time, 8.2 points, five rebounds and two assists per game. The Marauders have several players capable of bringing the ball up the floor so Mamic is also a shooting guard.

“It’s like a diverse starting five which is really good,” she said.

When this season ends, Mamic will still have two more years of eligibility of remaining but isn’t sure what she’s going to do. She’s in her fifth year of university and will graduate next spring with a degree in medical radiation science.

“I don’t know if there’s any more schooling for me to do so I’m not sure,” she said. “In December, I have some time off  and I will be able to dig down deep and think about what I want to do because obviously I would like to take advantage of those two years of eligibility.”

She is specializing in radiography and is currently doing her fourth-year placement at McMaster Children’s Hospital. There’s no schoolwork and she’s working full time doing CT scans, portable X-rays and other duties.

“My boss accommodates my schedule and shifts so I can make practices,” she said. “If I was placed somewhere else, I’m not sure I would have been able to play because of transportation and other stuff.”

The former JUEL player with the Hamilton Fox Trotters program run by Dave Picton still loves to play in front of a hometown crowd and is looking forward to McMaster’s Friday game at Brock.

“S. Catharines isn’t too far from Hamilton so I still get my family to come to games but a lot of my friends and former teachers haven’t seen me play in a while,” she said. It means a lot to see familiar faces in the crowd, for sure.”