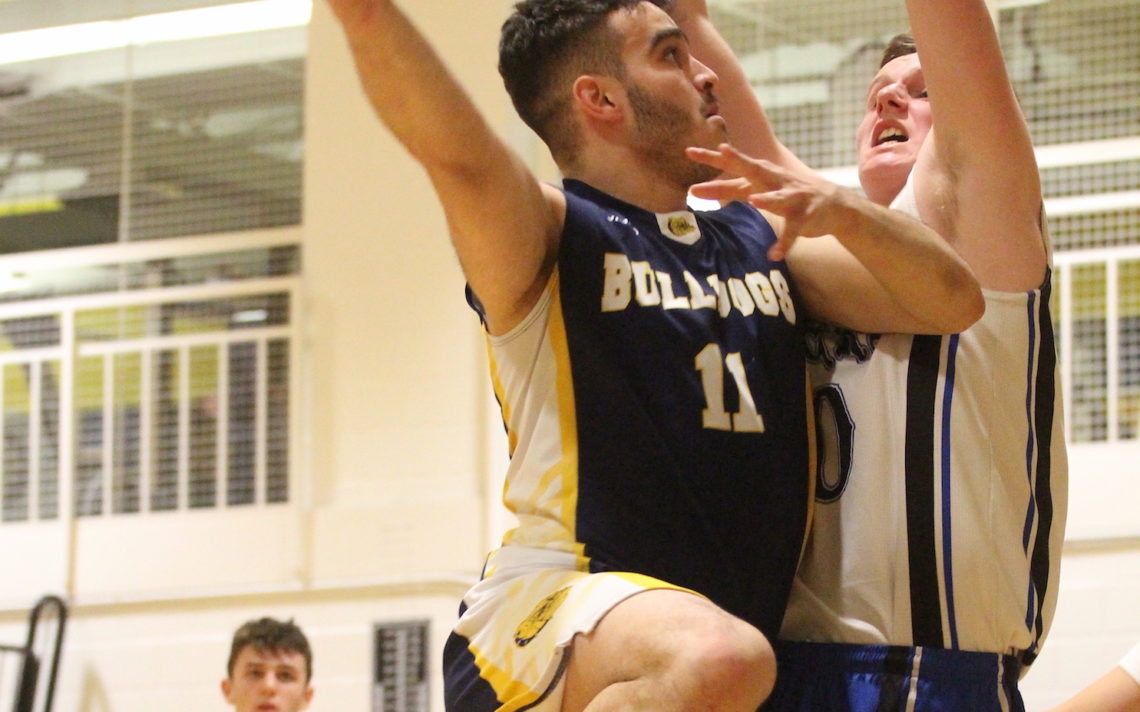 “It was awful,” Churchill head coach Gregg Loucks said.”The kids were getting frustrated and we couldn’t put anything together.

“We couldn’t score and they played smart against Asim (Serri) and our other guys, but we just didn’t play well.”

Loucks called it a coaching loss.

“Anything we tried wasn’t working,” he said. “I wish them luck and I hope they go and beat St. Francis.”

Top-seeded Sir Winston was 5-1 in NRHSAA regular-season play while the fourth-seeded Flyers were 2-4, including a 53-45 loss to the Bulldogs.

Eden head coach Brian MacIsaac was anything but overconfident heading into the game. That probably made the win feel even sweeter.

“Defensively we played awesome and we have been working on that all year,” he said. “They did exactly what we wanted them to do.”

Eden held Churchill to 15 first-half points and then surrendered only three more in the third quarter.

‘We were a little iffy there for a couple minutes in the fourth, but some guys really stepped up,” he said.

MacIsaac pointed to Josh Robins, who netted 10 points, and Micah Nieuwets, who did a good job defending Churchill’s Diego Ruiz. Ruiz scored 13 of Churchill’s first 15 points, but Nieuwets kept him off the scoresheet in the third quarter as the Flyers built an insurmountable lead.

“We had him going one-on-one to shut down their shooter and he did a good job,” MacIsaac said. “I know he hit three or four early but he did a fantastic job. He was very focused and that was a big factor.” 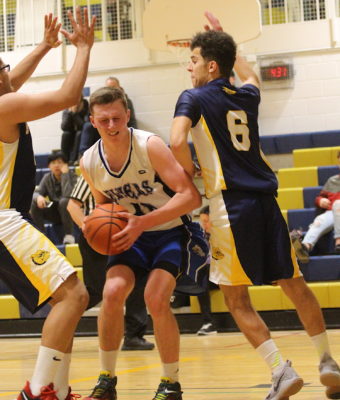 MacIsaac described it as a great game.

“We are developing quite a rivalry with them,” he said. “They were triple A for a long time and now we face them almost every year at double A and it’s quite a rivalry.

“It was very satisfying, for sure.”

The 17-year-old felt his squad had a chance to beat Churchill.

Nieuwets only plays high school basketball and most of his spare time is spent competing in travel volleyball with the Niagara Rapids.

“I’ve always been athletic so defence is more of my style,” the Grade 12 student said. “I’m glad I was able to put some buckets in today.”

The 5-foot-11 guard says his volleyball training is good practice for volleyball.

“I can jump high so I can get up there, block shots and get some rebounds,” he said.

He is looking forward to the NRHSAA Zone 4 final.

“I don’t know who we face but it will be a good game.”

The Flyers will play at Thorold Thursday