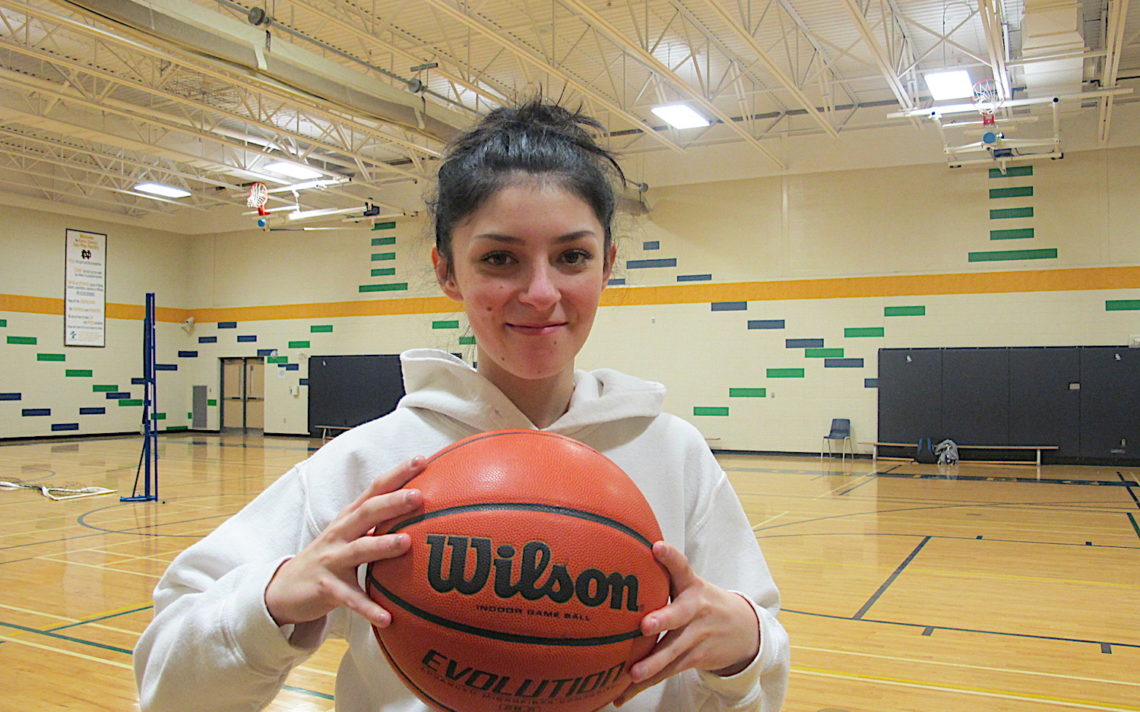 Fighting Irish still have work to do

Kate Raso is one of three co-captains for the Notre Dame Fighting Irish. PHOTO BY: BILL POTRECZ

Kate Raso gets the job done in more ways than one for the Notre Dame Fighting Irish.

The 17-year-old, Grade 12 student is a force at both ends of the court and in the locker room as well where she is one of three co-captains.

“I’m a distributor and I shoot, too,” Raso said modestly. “I do a little bit of everything.”

Raso quickly deflected talk about herself, preferring to focus on the team.

“We work together really well,” she said. “We all get along and we all want to be here.”

Raso, also plays travel ball for the Welland Warriors where dad John Raso is the coach, admits the older she gets the more difficult it is to find the time to play.

“It’s really hard to balance it all,” said Raso, who shares the captain’s duties with Jessica Ciolfi and Maddie Picton. “It’s such a short season so everything is really compacted.

“It’s difficult but it’s worth it. It’s a really good high school experience.”

Notre Dame coach Vince Barbatano said Raso is one of the key cogs on his squad.

“They all play a similar role, but defensively she always has one of the top matchups,” he said. “She’s a starter and a leader and scores as well. She’s more of an outside shooter.”

Barbatano appreciates how well rounded his squad has become.

“With all these girls, I have my post players hitting threes and my smallest players attacking the net. We’re doing a little bit of everything which is nice. It allows you to open up the floor and run different sets.”

Overall, the Irish have complied an impressive 30-3 record, including winning four of five tournaments where they held own against provincially ranked teams.

“Things have been really, really good,” Barbatano said. “We’re playing hard, especially on defence. When we play those top teams they really, really stepped up. Playing together was something we’ve improved on this year from last year.”

The Irish still have some work to before they consider the season a success.

“The goal since the beginning was to make OFSAA (Ontario Federation of Schools Athletic Association),” Barbatano said. “Now they realize they can play with everyone to do well at OFSSA, but we have to make sure we beat Myer because that’s not an easy game.”

The Irish square off versus the Marauders Monday, Nov. 13 with the winner advancing to the Southern Ontario Secondary School Association (SOSSA) playdowns at Blessed Trinity in Grimsby.

Raso said a trip to the provincials would top off her high school career.

“I would really like to go to OFSAA, especially because this our last year. It’s a good group of girls and it would be a lot of fun if we made it.”

Across the court, the loss ended the Raiders season. Holy Cross finished winless at 0-8 but coach Erin Gauthier said her program focuses on more than just wins and losses.

“My main focus is make sure we know what we’re doing out there,” Gauthier said. “I just try to put a team out there that is going to represent our school well, look good, and look like we can play basketball.

“At the end of the day I try to win games but I don’t worry about whether we win or lose, I worry about how we look on the court.”

Up next: The Fighting Irish take on the A.N. Myer Marauders Monday, Nov. 13 for the right to advance to SOSSA. 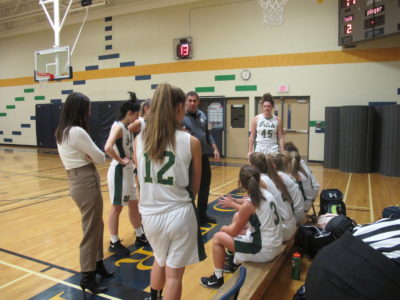 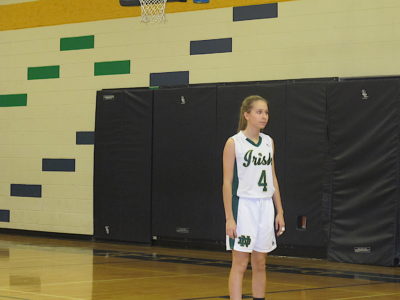 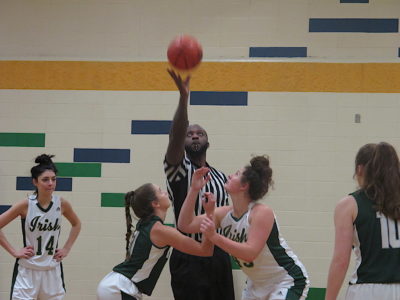