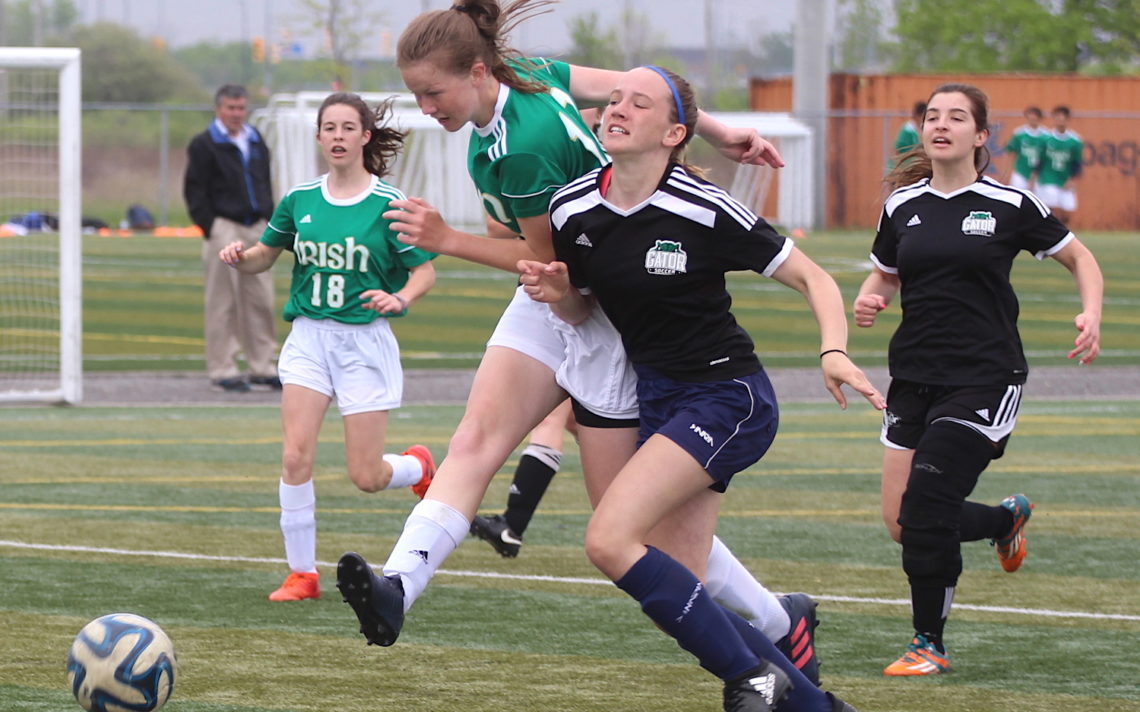 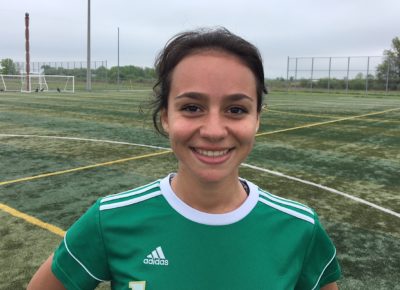 The 16-year-old, Grade 10 student fired home three goals to pace the Irish past the Lakeshore Catholic Gators 6-0 at Young’s Sportsplex.

“I usually set up assists and stuff, but today I took it (to the net) because it was our finals to go to zone,” D’Gyves said.

D’Gyves was all smiles when asked how it felt to net the first hat trick of her high school career.

“It feels awesome,” she said. 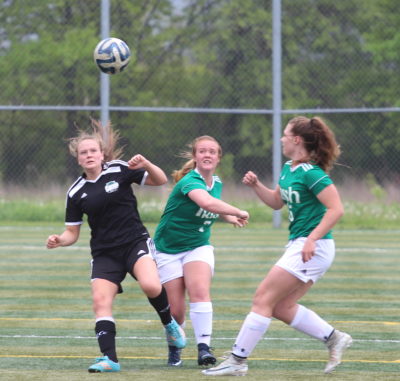 “She plays right through the middle,” Bisci said. “You have to have that middle taken care of and today to score three, that was big.”

D’Gyves has played the past five seasons with a club team in Buffalo, Empire United Academy.

“We play in showcase tournaments from New York to Pennsylvania. We travel all over the place,” she said.

D’Gyves said that experience has helped her improve her game.

“The competition in the States is way more competitive. The skill level and training with the academy has helped me a lot.” 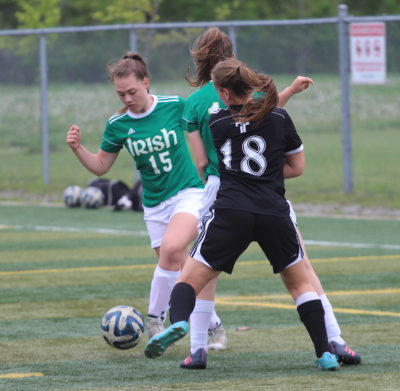 The Irish have found their offensive groove in recent weeks after a tough start to the season.

“We’re struggled to score all year, but in our last game we had four and then six, so hopefully we can keep that going,” Bisci said. “It’s been up and down. We’ve lost games 1-0 and 2-1. We’ve been in all of our games. We lost our first two games of the year 1-0.

“We were struggling to put balls in the net, but in the last couple of games we figured out the more you shoot and the more quality chances you get, the more you’re going to score.”

The Gators dominated the first few minutes and had several good chances to score, but were unable beat ND keeper Lauren Jesik. The Gators even had a penalty kick but Jesik turned away Isabella Favero with a nice save. 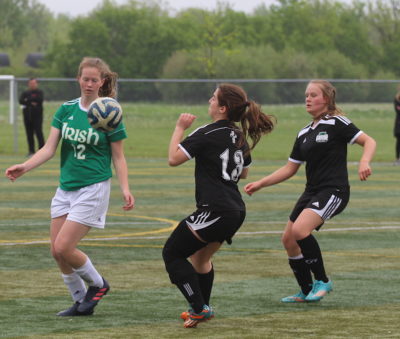 “If that would have went in, I think it would have taken a toll on our team,” D’Gyves said. “We stuck together and (were able to) come back and recuperate ourselves and play harder than we were in the first five or 10 minutes.”

The Irish led 1-0 at the half on a goal by Linsay Horton before putting the game away with five more in the second half.

“We were just fired up and wanted to win. We got in three (early) goals so they couldn’t tie it up and we could end the game there,” D’Gyves said. 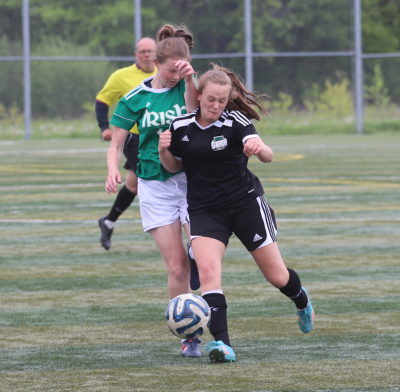 Lakeshore coach Marco Miani wondered how different the game might have been had the Gators been able to score early.

“The steam just came out when we missed that penalty kick,” Miani said. “We even got there first for the rebound, but unfortunately it didn’t go in and then they eventually came down and got one on us.” 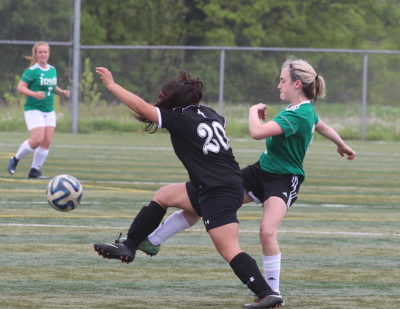