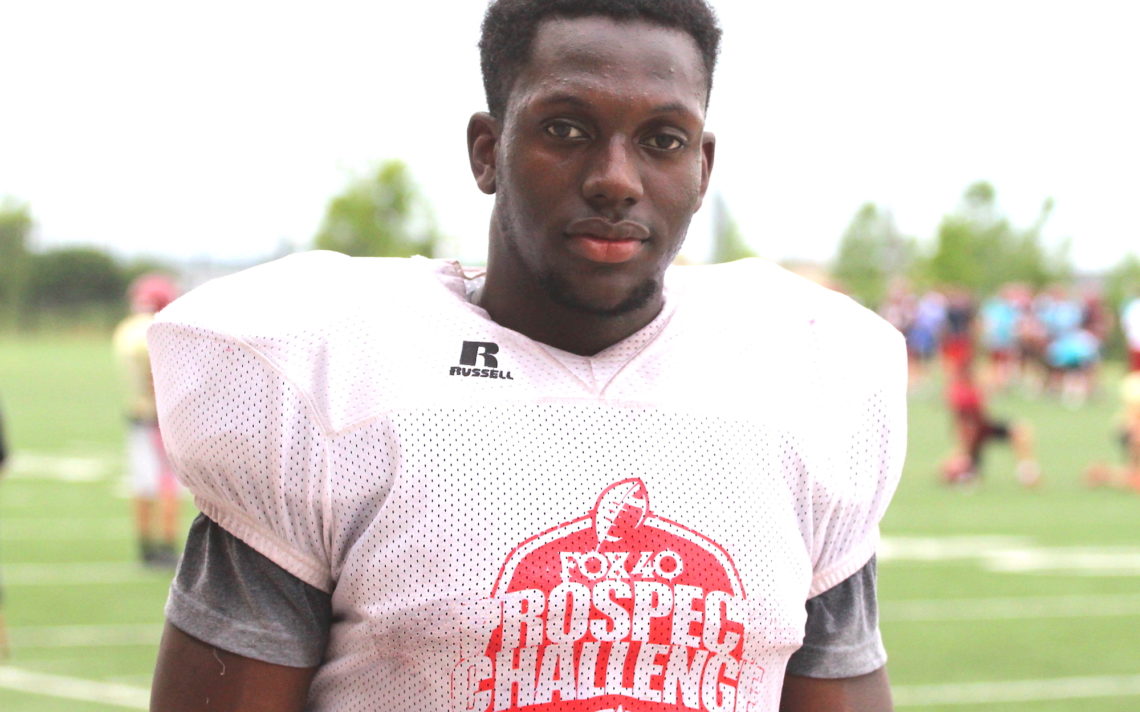 In his Grade 11 season with the Niagara Spears varsity football team, Josh Ferguson’s play attracted a lot of attention from university scouts.

“In Grade 10, I felt like I had the ability to play at the next level, but it wasn’t until Grade 11 where I started on the varsity team and showed where I stood at,” the Grade 12 student at Sir Winston Churchill said. “A lot of attention from universities came my way.”

That attention and the realization he had to take his game to a higher level on and off the field was an epiphany for the 18-year-old St. Catharines resident.

“Seeing some of my friends not having the same opportunity I did made me more thankful for it and I’m not going to let the opportunity pass by. I am really blessed.”

It was a complete attitude adjustment.

“It has mostly been training in the off-season and taking it a lot more seriously,” the running back/slotback said. “And with the opportunities coming, I worked on my academics and  I’ve tried to be a good person and bring that into the game as well. It’s just working hard.”

“He has really progressed and it is unbelievable the amount of work he has put into it,” he said. “He started working out with one of our coaches on footwork and speed drills and you can see the development.”

That development is both mental and physical.

“He has this man body on him, where the last couple of years he was a young man,” Duguay said. “You can see the confidence that has developed from last year to this year.”

The 6-foot-2, 205-pound player looked at McMaster, Western and Guelph as locations to play post secondary ball, but ended up choosing the Carleton Ravens.

“It was the overall surroundings,” he said. “It seems like a good place all around with a good foundation for football and it kind of feels like home.”

Ferguson is planning to study criminology.

“It’s not a big campus and I really like the program too,” he said. “I can see myself being there in the future.”

Ferguson has been told the team’s backfield includes a lot of seniors.

“Coming in there, there’s a good senior and he can teach me some of his ways and how I can improve so when my chance comes, I can be better than him,” he said. “I also need to work on my passing game because I am taller running back and could go into slotback as well.”

Ferguson will have a built-in support group in Ottawa with two Spears teammates joining him at Carleton and a number of other friends attending Carleton or the University of Ottawa.

“They already know what I am like and they can help me,” he said. “They can point out the dos and don’ts on how to  improve as a person and a player.”

“He has a great attitude and works hard,” he said. “He is going to do well at the next level.”

But it won’t be easy.

“The reason it will be harder is they (opponents) will be bigger, stronger and older,” Duguay said. “Here, he’s the typical 6-foot-2, 210-215-pound running back and he runs over guys. Now he is going to come up against guys who are in their draft year and that will be the biggest thing for him.”

This summer, Ferguson plans to workout and build both his strength and his stamina. He feels the Spears organization is the perfect place to prepare for Carleton.

“I have improved a lot here since Grade 8 and I think it has made me into a good player.”

He loves the sport of football.

“I played soccer before that but Grade 4 was when.I started playing,” he said. “It’s the feeling you get, the adrenaline when you make a hit and you’re running.

“And it’s also a real team bonding type of sport and teaches you valuable lessons on the football field and in life.”