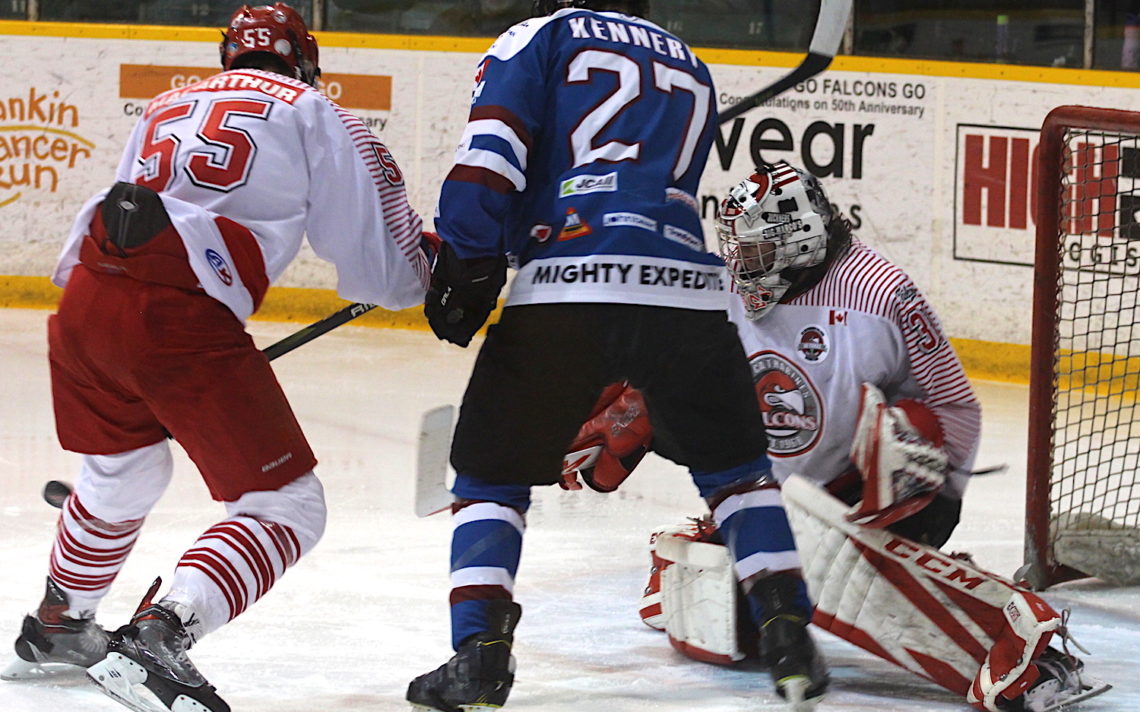 If abuse from an opposing hockey team is a sign of respect, the Ancaster Avalanche must really think a lot of St. Catharines Falcons forward Lucas Smilsky.

The 20-year-old Tottenham native was knocked out of the fourth game of the Greater Ontario Junior Hockey League Golden Horseshoe semifinal series Wednesday night after taking an elbow to the head. Friday night in Game 5, won 4-1 by the Falcons, the 5-foot-8, 150-pounder, who had a goal and two helpers in the victory, was hit from behind and went crashing into the boards. 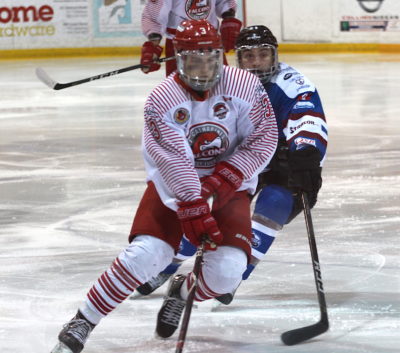 “He got knocked out in the second period (Wednesday) so we missed him and then he got hit from behind (Friday) and there was no call,” Falcons GM Frank Girhiny said. “That’s an area where our league doesn’t protect its best players. He’s one of the best players and we need to get better at that.”

“I get hit quite a bit just like all the other players, but I try not to think about it and play my own game.”

Wednesday’s hit that took him out of the game was a doozy. 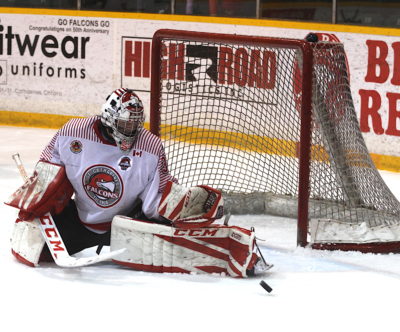 “I got my bell rung and I was seeing some stars and had a little bit of a headache, but it was nothing serious,” Smilsky said. “The side effects went away in couple of hours and I wish they would have went away in a few minutes so I could have popped back in for the overtime. But they decided it wasn’t a good idea.”

As for the hit from behind that sent him crashing into the boards Friday, Smilsky sounded like Don Cherry.

“That’s playoff hockey and I love it,” he said. “You’re battling for every W and every shot.”

Those battles intensify when you’re a player like Smilsky, who is nearing the end of his junior career. 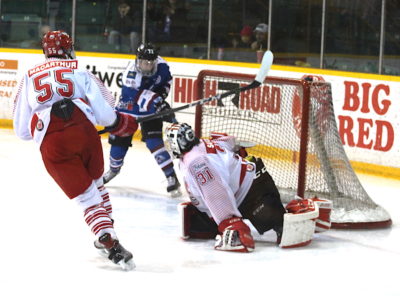 “It has been five years and they have gone by so quickly,” he said. “I am making the most of my time here and hoping to make the best of it in my last few months of junior.”

He is trying to keep the thoughts of his junior days being over at the back of his mind.

“It always there, but I have always had that drive to win every game and every shift that I play,” he said.

Smilsky spend three season with the Orangeville Flyers of the Ontario Junior Hockey League before joining the Falcons for two seasons.

“You learn the ins and outs of the game and you try to learn as much as you possibly can because you can’t do this forever.” 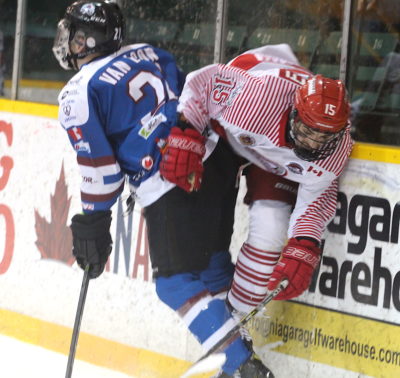 That being said, he would like to continue to play hockey somewhere next season.

“I want to keep playing at the highest level of hockey I possibly can whether that’s CIS (U Sports), but I am not trying to think about that too much right now,” he said. “The main goal is to win a Sutherland Cup.”

“We rolled four lines and we’ve got a lot of guys that are in and out of the lineup and they are ready to go,” Girhiny said. “We had a nice day yesterday and took it easy.” 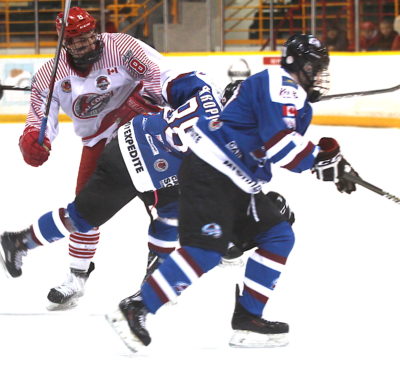 He was delighted with the win.

The one problem area for the Falcons in the playoffs continues to be their penchant for taking too many penalties of the dumb variety. Two or three penalties were taken right in front of one of the referees.

“It has been our Bugaboo, there is no doubt, and they are penalties. They are what they are,” Girhiny said. “But our PK has been great, backed by our goalie.

“We do have to limit our penalties, there’s no doubt about it, and if we do, five on five we are really strong.”

BPSN Star of the Game: St. Catharines’ Lucas Smilsky with a goal and two assists.

Up next: Game 6 of the series goes Saturday at 7:30 p.m. at Ancaster’s Morgan Firestone Arena. Game 7, if necessary, will be played Monday at 7 p.m. at the Jack Gatecliff Arena.