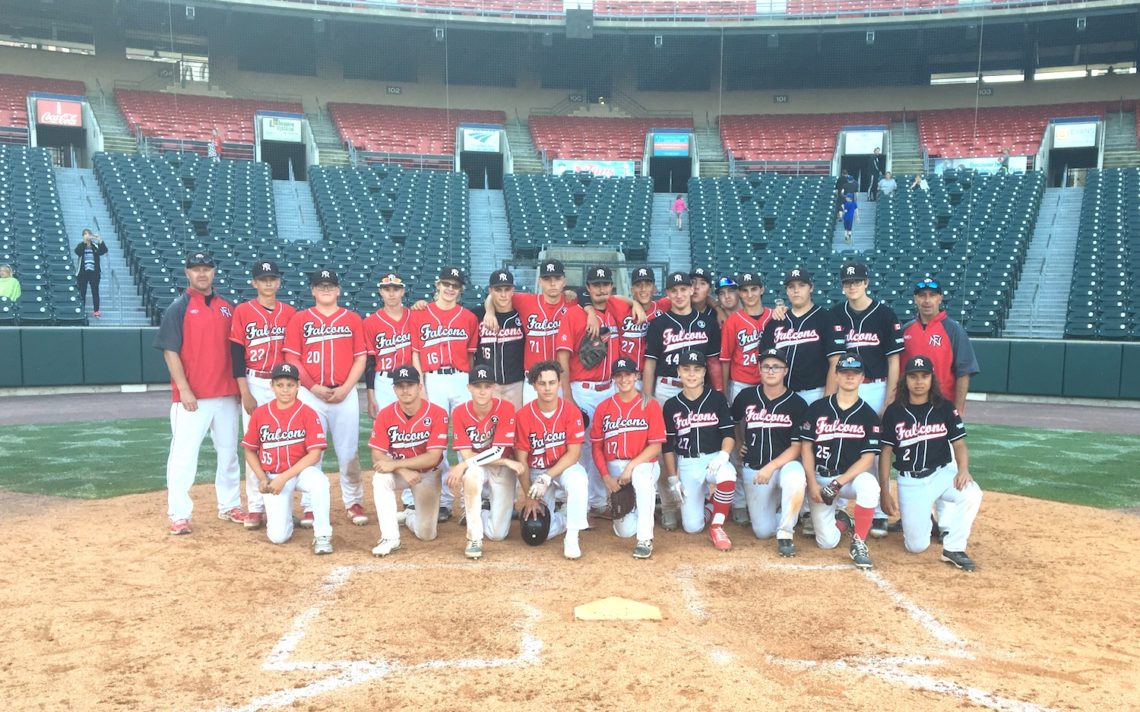 For a night, the Niagara Falls Falcons were in the big time.

Two dozen members of the Falcons minor and major midget teams had a chance this week to take to the field at Coca Cola Field, home of the Buffalo Bisons of the International League.

It was a chance to experience playing on a professional AAA diamond, one so nice and well-groomed it felt like we were playing in the Major Leagues.

Thanks to Falcons major midget coach Geoff Allen, my minor midget squad headed over the Peace Bridge for an exhibition game on the same diamond where Vladdy, Jr. is about the ply his trade before heading to Toronto and suiting up for the Blue Jays.

The Bisons were gracious enough to let the Greater Niagara Baseball Association use the field for a night. GNBA and the Bisons are business partners and this is one of the cool perks of working with the AAA affiliate of the Blue Jays.

It was a night none of us will soon forget.

Entering the stadium through the fence in right field, we were able to walk into our respective dugouts and take it all in for a few minutes.

The grass from the stands has always looked prefect. Walk on it and it feels even better than perfect.

In fact, more than one participant asked if the grass was real or synthetic. It was that perfectly cut and looked that pristine.

Players loved the experience of sitting in a dugout with padded seats, a bat rack, a helmet rack and enough room to move around without tripping over each other. The dugouts at Oakes Park will never be the same!

A quick few ground balls and it was clear the normal bad bounces players have come to expect simply don’t happen on a field so perfect. Many fields we play on are so poor players prepare themselves for erratic hops. No such problem at Coca Cola Field. 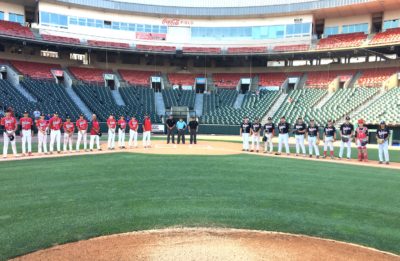 Pitchers were able to use the bullpen mounds to warm up as well.

The Bisons were nice enough to play the national anthems of both the U.S. and Canada before the game, announce each player when they came up to bat, and also update the scoreboard, complete with balls and strikes and the running score.

More than once I had to remind a player to look at the board when they asked what the score was!

As for the game, Geoff and I moved some players around to ensure there was enough pitching for each squad and away we went.

With dozens of family and friends in the stands, the major midgets jumped out to a 6-1 lead before the minors rallied with five in the bottom of the seventh to tie the game at 6-6.

It was a fitting way to end a memorable night. 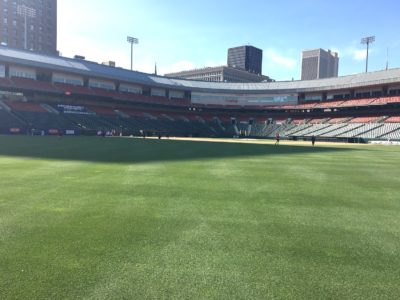