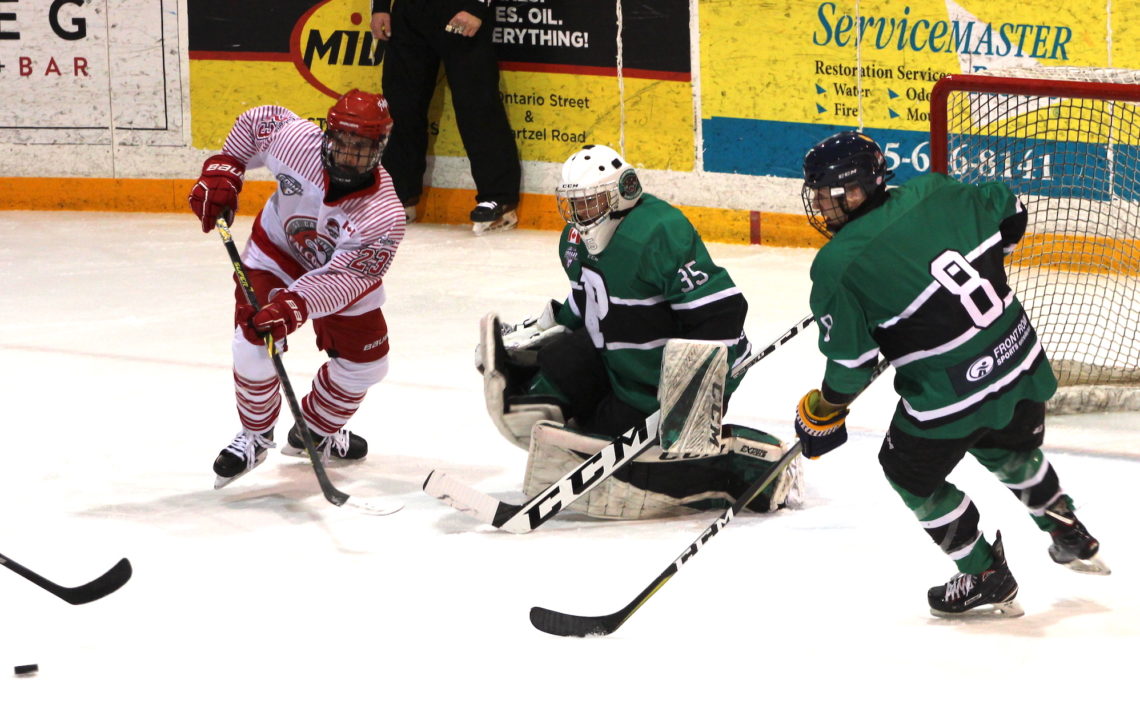 St. Catharines Falcons coach Tyler Bielby is putting his faith in Chris Reid and the rookie centre is rising to the occasion.

“It feels awesome,” Reid said. “I just want to do anything to help the boys win.”

Reid, who collected 15 goals and 41 points in 46 regular season games, is well aware he cannot earn his keep by only playing one end of the ice.

“Even if you have a game where you don’t have a point, you’ve got to get it out of your head and contribute to the team on offence or defence, on the bench, or in the room,” he said. “You have to help the team everywhere you go.”

Reid appreciates the confidence being shown him by the coaching staff.

“I just feel coach trusts me and he knows what I have to do out there,” said Reid, who had two goals in the series opener Thursday.

“Chris has a lot of support in the dressing room from his teammates as a 16-year-old,” Bielby said. “There’s no question, he loves to score more than anything else. It’s like a boy’s smile on Christmas morning when he scores but we continue to challenge him to do the right things. If he does the right things off the puck, it will continue to give him the opportunities to be on the ice enough to get goals.”

Bielby also feels his young centre will benefit down the line from playing big minutes in key situations.

“You don’t know until you get here, and obviously games get tougher as you go on, but we’ve been watching to see how he’d react. As a 16-year-old he’s probably got a target on his back, especially since he’s been scoring, but so far we haven’t see him shy away and that’s a real good sign for our team.”

St. Catharines grabbed a 2-0 lead with a pair of goals 36 seconds apart by Nicholas Rubino and Jagger North late in the first period.

The Panthers got one back early in the second when Cody Miskolczi beat a screened Andrew MacLean for his first of the playoffs. The Falcons later again struck with a pair of late goals just over a minute apart to take a 4-1 lead into the third period.

“It’s playoffs and we’re not going to win every game 7-1,” Bielby said. “That’s a team over there that didn’t want to roll over and that only makes us better down the stretch. Right down to our penalty kill at the end of the game, it’s six-on-four and we were willing to block shots and put our bodies on the line to get another win.”

Pelham coach Tim Toffolo tipped his cap to his charges for a solid effort.

“As short as we are right now with guys out of our lineup, they played hard,” Toffolo said. “The Falcons won that game in a span of two minutes. We played 58 minutes of great hockey where we beat them, and the other two minutes, which was basically a minute in each of the first and second periods, they got two goals each time and that’s the difference in the game.

“The guys played well. They stuck to the game plan and battle hard. Sometimes you deserve a better fate and you don’t get it.”