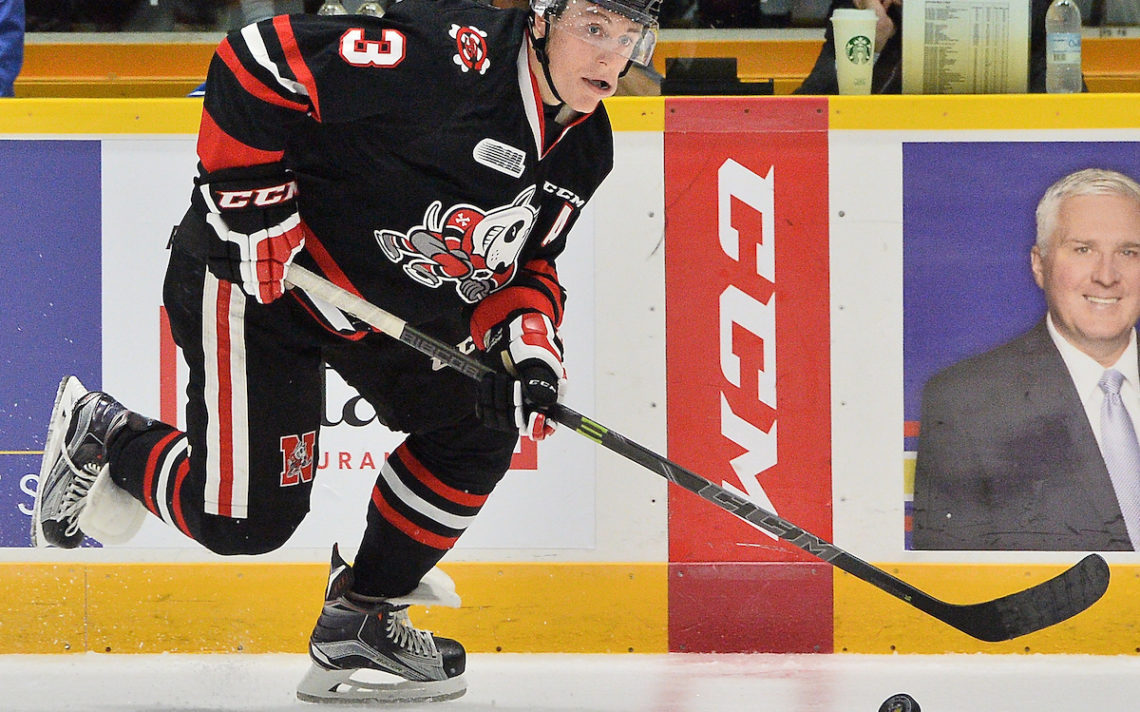 Dogs pick up a point

Ben Jones scored a pair of goals in a 6-5 overtime loss Friday in Sudbury. PHOTO BY: TERRY WILSON/OHL IMAGES

The Niagara IceDogs managed a point Friday, dropping a tough 6-5 overtime decision to the Sudbury Wolves in Ontario Hockey League action at the Sudbury Community Arena.

The Wolves improved to 6 9-3 and trail the IceDogs by three points for second place in the Central Division.

“It was a wild game,” IceDogs coach Billy Burke said. “It was back and forth and it stings. The guys competed hard and had a lot of character and they were pretty upset after the game.”

Burke said the IceDogs still need to work on some of the smaller details of the game.

“There’s lessons in little things like getting pucks out and blocking shots at key times,” he said. “All these things add up and that’s the price you need to pay to get over that hump.

“In the big picture we’ll take our point and put it in the bank but the guys wanted more. The effort was there, the heart was there, but we were a little loose defensively so we have to adjust that and tighten it up.”

The IceDogs fell behind 2-1 after one, then potted three in the second to Sudbury’s two to even things up at 4-4 after 40 minutes.

Each team scored in the third setting the stage for overtime where Troy Lajeunesse scored three minutes in to secure the win.

“We just weren’t able to pull it out,” Burke said. “We had some great chances in overtime, especially early.”

Niagara’s power play got back on track with three goals in five opportunities.

The IceDogs are in Sault Ste. Marie Saturday.

“I don’t want us to be all prevent because then we’ll be too much on our heels. We just have to be smart with our puck management and tight in the defensive end,” Burke said. “We have to be a boring, frustrating team to play against.”