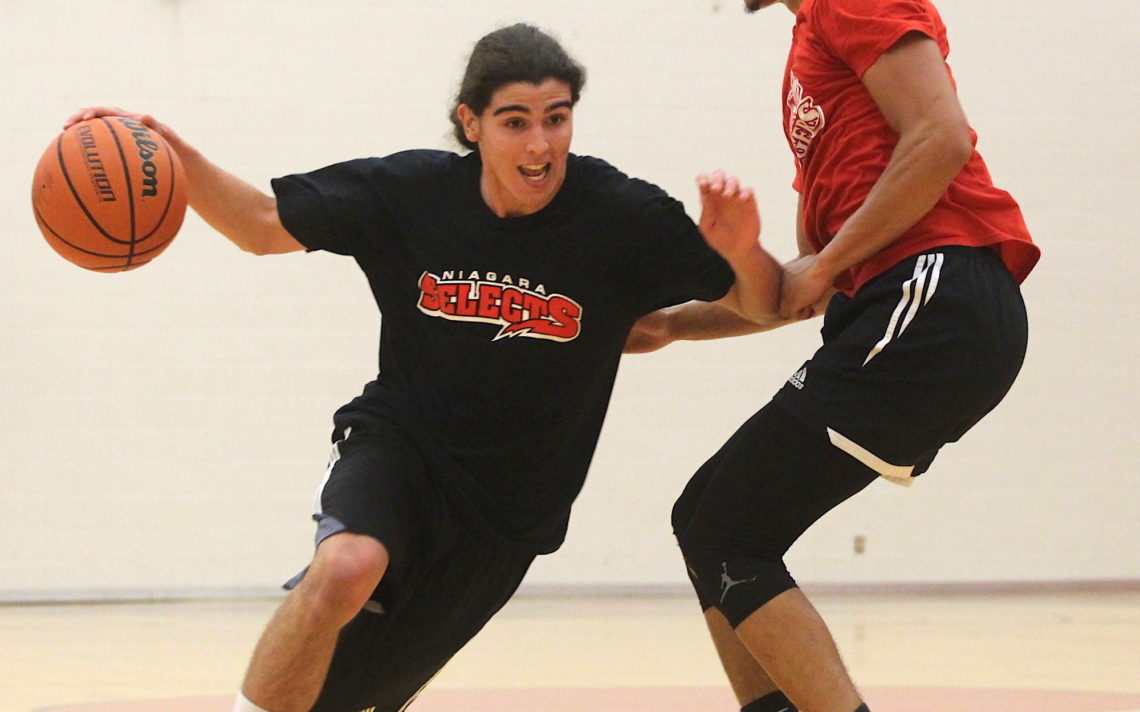 Thomas DiDomenico had decided to pursue his academic and hoop dreams at Brock University.

“I only applied at Brock and I had the most interest in coming here just because I like the program,” the 18-year-old Niagara Falls resident said. “I am taking concurrent phys-ed and this was one of the only schools that offered it.”

The 6-foot-1 hoopster suited up for two years of senior basketball at A.N. Myer and played his travel ball with the Niagara Selects for the past eight or nine years, a team coached by his father Ezio DiDomenico. This past season, the team won a silver medal in Division 2 of the Basketball Ontario championships, topped a lot of tournaments in Ontario and only lost a few games. 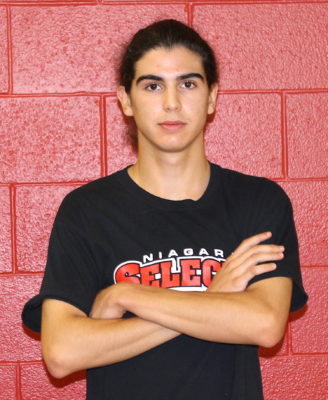 “My game has progressed a lot through travel,” DiDomenico said. “Three-point shooting is a big factor in my game and I am really hoping to bring that to the university level.”

He credits his father with a lot of his basketball development.

“He pushed me a lot to be the best player I can be and has helped me grow as a player. A lot of my skills I have learned from him.”

DiDomenico comes from a basketball crazy family. Oldest sister, Nicole, played at Ryerson University and younger sister, Tori, is one of the top high school players in Niagara.

“With Thomas, we get a high character, hard-working young man who comes from a solid basketball family and background,” Brock head coach Charles Kissi said.

“Both are young athletes from the local community who I think have represented their programs well,” Kissi said. “Both are young men who will represent our program well and add value in the future to what is being built at Brock.”

DiDomenico has been working out with the Brock team the past few weeks and it has been an eye-opener. 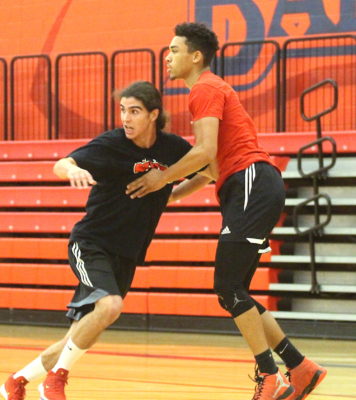 “Compared to high school, it is a lot more challenging, but I am willing to put in the work to get better,” he said.

The biggest thing he has noticed is the size and physicality of university players.

“I am trying to get my skills better too compared to the university level and put on some weight.”
At 155 pounds, he knows he needs to beef up.

Given Brock’s appearance at this year’s nationals and it’s talented core of returning players, DiDomenico realizes he has his work cut out for him.

“The players on this team are a great group of guys and I am really interested in playing with them,” he said. “They are playing at the top level and that’s something I am interested in too.”

Playing close to home is also a big draw for him.

“It will be a thrill to play in front of my family,” he said.

In Grade 11, DiDomenico decided he wanted to pursue post-secondary hoops. After meeting with Kissi, that desire only increased.

On the list of needed improvements for the shooting guard are his individual skills and physicality.