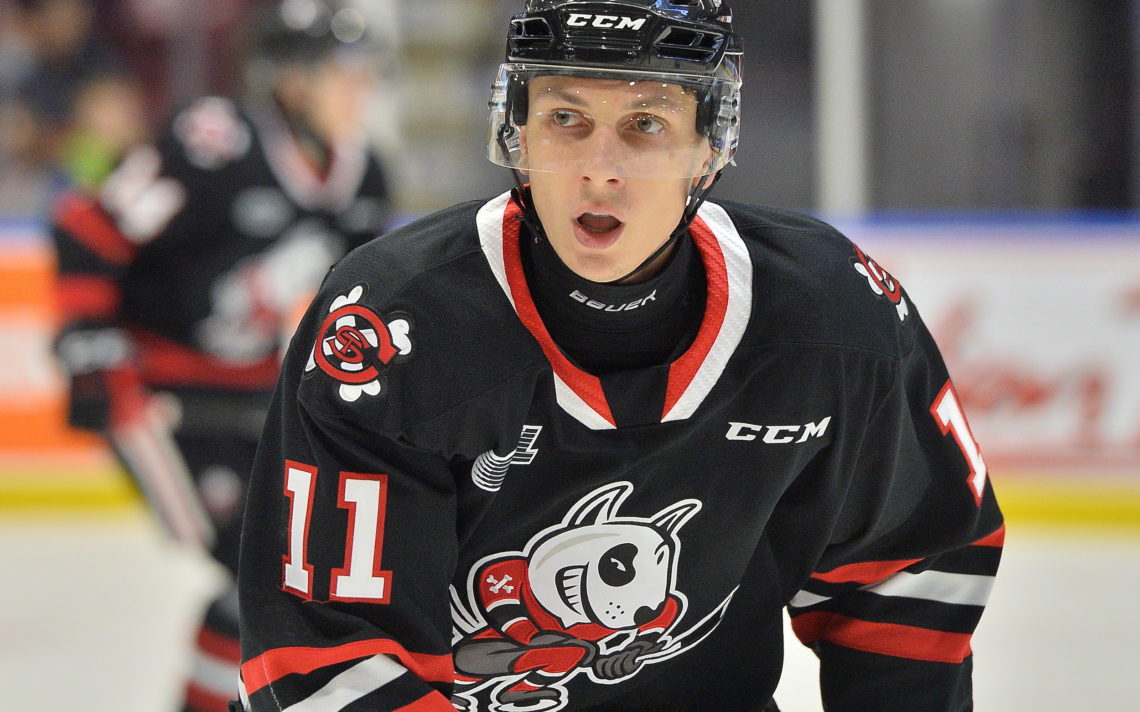 De Simone gets back to basics

Jonah De Simone has rekindled his love of pond hockey.

The 18-year-old forward for the Niagara IceDogs has been spending much of his time during the current lockdown playing shinny on a pair of outdoor ponds near his home in Richmond Hill.

“During the full lockdown, I haven’t been able to get onto the ice but I’ve been trying to get out to ponds as much as I can,” he said. “I’ve got a good set up to work out five days a week and go on the pond as much as I can.”

De Simone normally gets together with a couple of his buddies and tries to mix in some drills while also enjoying himself.

“It does bring back those memories. It’s always fun to play a bit of shinny but we do get in some practice reps as well. It’s a good balance,” he said. “We hadn’t been on this pond for probably like five years because we’d been playing hockey.”

As much as De Simone loves playing on the pond, he would gladly drop it all in an instant to get back to work with the IceDogs.

“Fingers are crossed,” he said. “I honestly know as much as the next person about what is going on with the season. Like every other guy, I’m doing everything as possible to be as prepared as possible.”

The Ontario Hockey League continues to be in a holding pattern due to the COVID-19 pandemic. The IceDogs last game was a 9-1 loss to Ottawa Tuesday, March 10 of 2020.

“It was just thinking about that the other day. There are a few birthdays in February and we would take each other out for dinner and that’s over a year now,” De Simone said. “It kind of puts it into perspective. It’s nuts that we haven’t played a legit game in almost a year.”

De Simone has been keeping in touch with his teammates via social media.

“I’m hoping we can together in real life soon and play some hockey.”

De Simone, a talented sprinter who has competed at the OFSAA (Ontario Federation of School Athletic Associations) level, admitted the down time has given him a new appreciation for playing in the OHL.

“I always love playing in the Meridian Centre but you sort of take it for granted, especially when we were going through a tough patch last season,” he said. “You definitely take for granted having that time on the ice in front of the fans and just playing hockey. I’m definitely looking forward to getting that back.

“It makes you appreciate it a lot more. Not that we didn’t appreciate it before, but now that it’s been gone for almost a year, it definitely puts it into perspective.”

De Simone, a fourth-round selection in the 2018 OHL draft, has high expectations for himself for the upcoming campaign, whenever that may be.

“Obviously, you pick a few things in the off-season you want to focus on and improve on,” he said. “After talking with (head coach) Billy (Burke), you pinpoint a few things that you want to get down. For me, I’ve been watching a lot of video and trying to improve my skills so I can make more plays with less time. That’s the basis of what I’ve been doing this off-season.”

Burke feels De Simone can help the IceDogs in a number of areas.

“Jonah has a great work ethic, he can play either wing effectively and he has a very heavy and impressive snap shot,” Burke said. “Jonah will be relied upon to be a solid two-way forward for us that can play any situation and continue to be a positive influence in the dressing room. As Jonah’s confidence continues to grow in his third year now, he has all the potential to have a break out year and surprise a lot of people.”