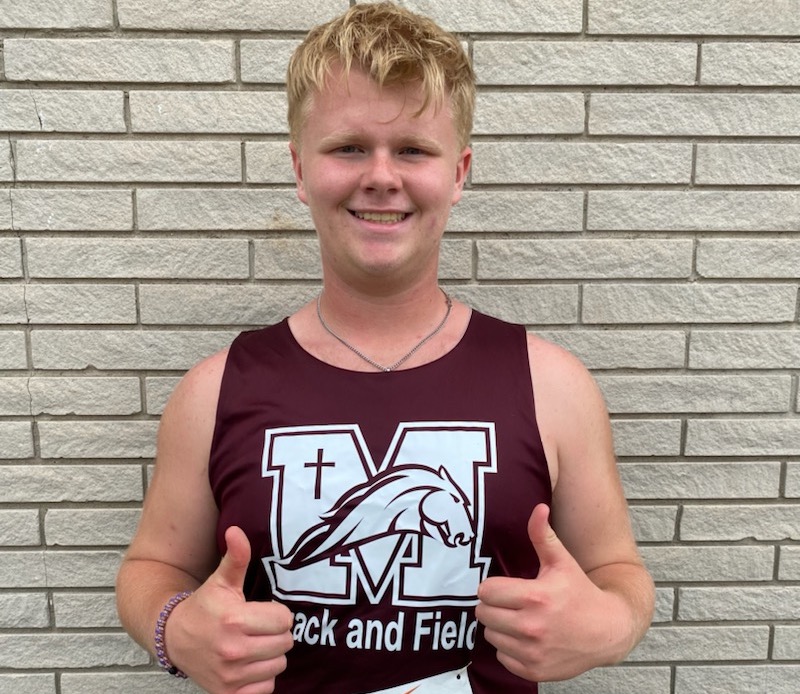 Tommy Dallman is picking up right where he left off.

Last year in his first full season of competing with the Thorold Elite Track Club, the Grade 10 student at Saint Michael won the hammer at the U16 Athletics Ontario Provincial Championships, the discus event at NXT CHAMP and the intermediate boys discus at the Ontario Minor Track Association Track and Field Championships. He finished 2021 as the top-ranked athlete for his age group in the province in discus and hammer throw.

After winning both the junior boys discus and shot put at last week’s Southern Ontario Secondary Schools Association track and field meet, the 15-year-old bested the field by more than eight metres in the discus in the first day of competition Thursday at the South Regionals at Welland Centennial.

“I am really happy right now, especially with my discus and shot put because I have been seeing a lot of great results in both of them,” he said.

There is not secret to his success.

“It is mostly training and working on my technique in both events. Last year, I wasn’t training enough but now I am training four or five times a week.”

He gets a lot of motivation from his mother, Jill.

“She pushes me to try harder and be a better person.”

“My goal is to throw over 50 metres. Fifty has been dream of mine for quite awhile now and I would rather hit that than be on the (Ontario Federation of School Athletic Associations championships) podium,” he said. “I like 50. It is a nice number.”

Dallman’s discus throw of 48.74 metres and shot put throw of 14.42 metres are the top throws in the province to date.

“He is looking at a real shot of medalling in both events at OFSAA if he can execute the right throw at the right time and he is definitely looking to get over that 50-metre threshold in discus,” Thorold Elite coach Steven Fife said.

At Thorold Elite, Dallman is coached by Johnny Ahlstedt and Kelly Saldutto.

“Tommy is an athlete who works hard at practice, has a positive attitude,” Fife said. “The throws he is getting now are a product of working hard through the winter, building strength, repeating drills and foot work and grinding out throws using an indoor circle.”

Dallman is enjoying his first-ever season of high school track and field after losing his Grade 9 season to the COVID pandemic.

“There is a lot more competition than what you would see at a regular track meet,” he said.

Dallman is taking his track and field career one day at a time.

“I’m early in the process and I am still trying to figure out what I want to do with it.”

He got his start in track and field in August 2020 when good friend Carson Gauthier suggested to him that he would be good at throwing. Dallman threw almost 40 metres, a national standard, in discus within his first few months of trying the event.