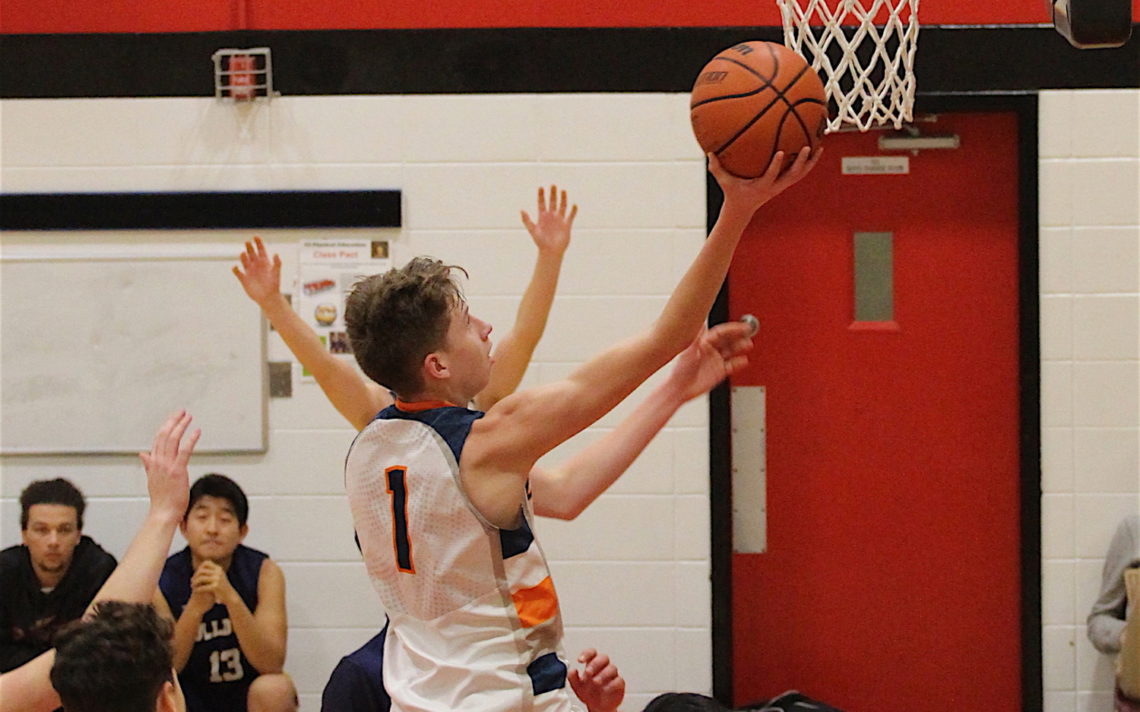 The 16-year-old, Grade 11 student came out firing from the opening tip off and never let up, pouring in a game-high 25 points, as the Welland Centennial Cougars defeated the Sir Winston Churchill Bulldogs 50-40 in a Standard High School Tournament semifinal Thursday night at the St. Catharines Collegiate.

The Cougars take on the defending champion St. Francis Phoenix Friday at 7:45 p.m. in the championship final at CI.

Larmand didn’t discriminate how he scored, netting three baskets from beyond the three-point arc, while also driving to the hoop effectively.

“He doesn’t seem to feel pressure, he doesn’t seem to get down if he misses,” Centennial coach Phil Mosley said of Larmand. “He has the mentality to worry about the next shot. That’s the way he’s been ever since I started coaching him.”

Mosley said Larmand is more than a one-dimensional player.

“He has other facets of his game that he does really well. He blocks shots and rebounds. He does a lot of things for us. He’s a good, young player.”

Larmand’s last basket of the game resulted in a three-point play after he was fouled hard under the basket and got up limping. He made the foul shot but but was then quickly removed from the game. He was seen limping after the game with an ice pack on his ankle.

The Cougars defeated the Bulldogs handily recently at their own tournament at Centennial, but had a tougher go of it this time around.

“Our game is predicated on shooting and knocking down threes,” Mosley said. “We shot them but not as well as we normally do. Some of that was Sir Winston’s defence and some of that was a maybe nerves or whatever.”

Mosley wasn’t about to change the game plan just because the shots weren’t falling.

“If we could go inside, we probably would,” he said. “They played a very nice three-two zone which kept us out of it, plus they are a little bigger and stronger so I didn’t think we could penetrate their zone.”

Mosley tipped his cap to the scrappy Bulldogs.

“They play hard an there’s familiarity between the teams,” he said. “There’s lost of respect how hard we play when we play each other. Maybe we have a little mini rivalry.

“It was sad to see Ryan go,” Sir Winston coach Greg Loucks said. “It was an error at the (scoring) desk. They put a fourth foul on him and I brought someone up to switch him and he got a fifth foul and was out of the game.”

Overall, Loucks liked his team’s effort, if not always their execution.

“We didn’t shoot the ball really well but they worked hard. We tried to do a few things to mix it up a little bit.

“We played well enough to win. If we sunk a few of those shots, it would have been a different game.”

The Cougars will be making their first trip to the tournament finals, something not lost on Mosley.

“We’re really excited. We talked about it at the beginning of the tournament,” he said. “We’ve been it in the last four years and started to make some headway.

“We know that it is very special and there’s tradition and we want to drink it all in.”

Up next: The Flyers face the St. Francis Phoenix in the championship final Friday at 7:45 p.m. at the St. Catharines Collegiate. 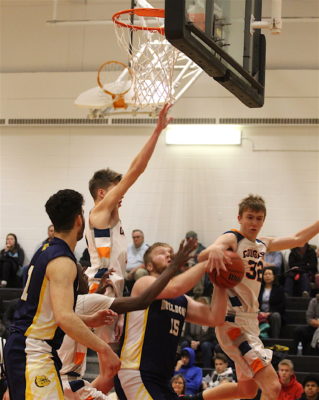 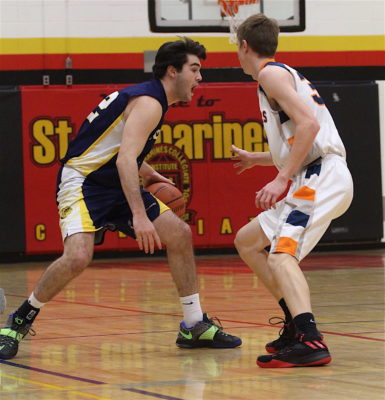 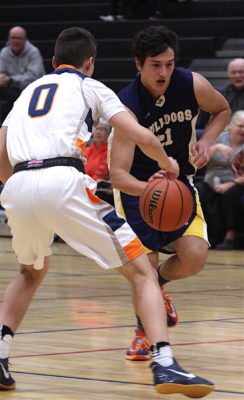 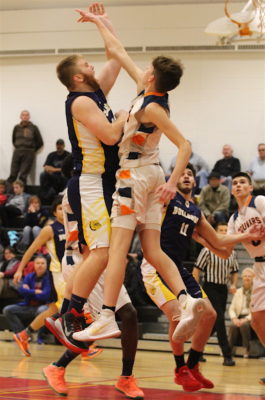