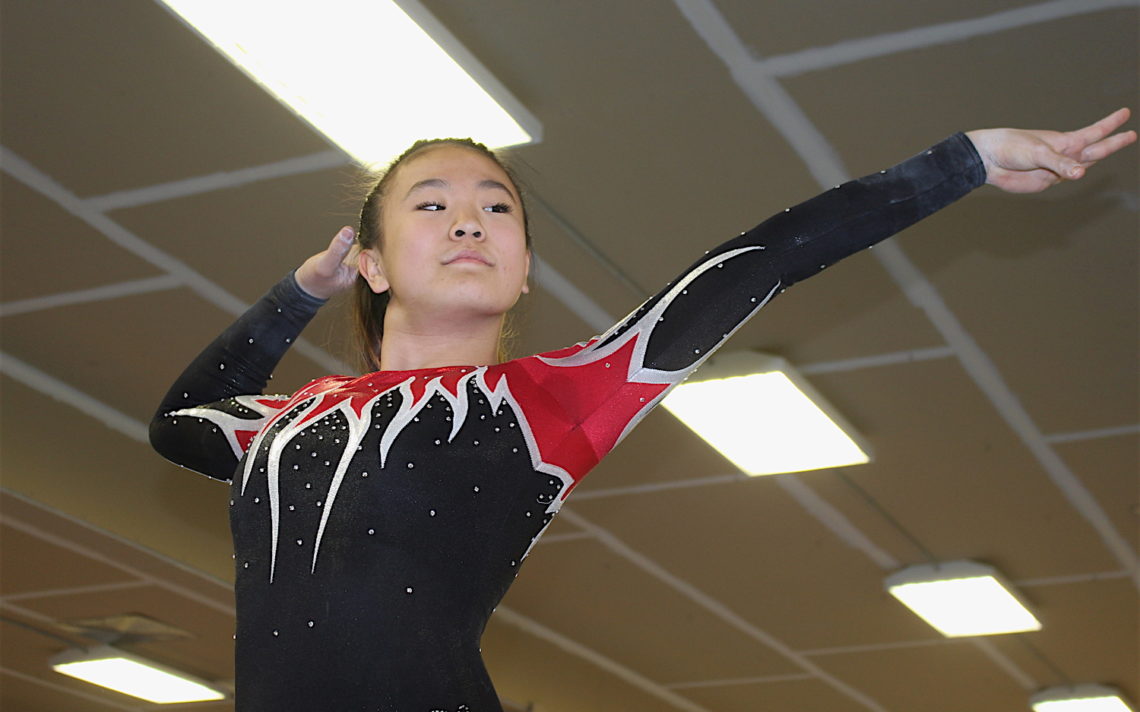 Chloe Theriault had a long wait to determine whether or not she would be declared the champion in bars in the event finals at the  Gymnastics Ontario Championships.

“I was really happy after doing my routine and I was waiting for other scores.” 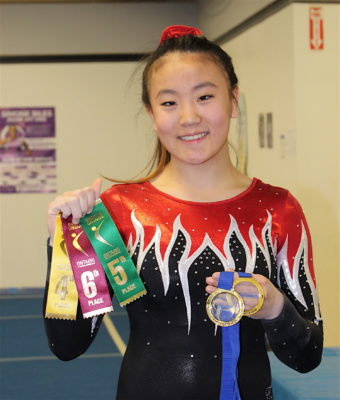 She went third out of eight competitors and the 15-year-old Welland resident had to wait to see how the five other gymnasts would do.

“I kept looking at the TV monitor and seeing that the others’ scores were lower than mine,” she said. “I was hoping and hoping and then I was really happy.”

Competing in the Level 8 age 16-plus division at the provincial championships April 5-8 in Amherstburg, the Niagara Falls Lightning Gymnastics Club member was first on bars, sixth on vault, 15th on beam, 16th on floor and  fifth all-around. In the event finals, she was also fourth on the vault.

It was her first provincial title in an event final. Last year at Level 8, she won the vault in the all-around.

About the only disappointment for Chloe at the meet was placing fifth overall in the all-around portion of the competition. Had she come top four, she would have qualified for the Eastern Canadian championships. 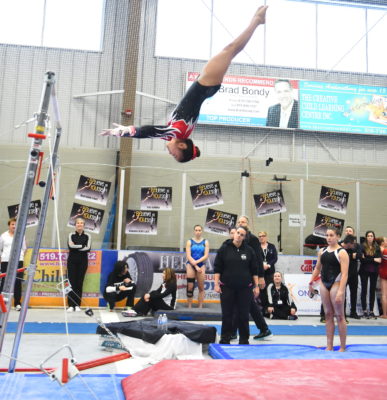 “I was kind of disappointed because some of the mistakes I made in my routines are ones that I knew I could have fixed,” the Grade 10 student at Confederation said. “But it happens.”

“She is strong and that’s what she showed with her performance,” he said. “She maybe could have done a bit more to get in the top three overall, but it was really tight and there were lots of good gymnasts there. I think she did her best.”

Gorodetskii has seen lots of improvement in Chloe this year.

“She has progressed well in her skills, especially on bars,” he said. “For this season, she learned a lot of skills for higher levels; Level 9 or maybe even Level 10.

He expects her to move up to Level 9 or 10 next season.

“She will need to work hard over the summer,” Gorodetskii said.

Her showing at provincials will help her tackle that work.

“I am still motivated and I think after my success at provincials, I will continue,” she said.

Each week, she’s in the gym training for 20 hours. 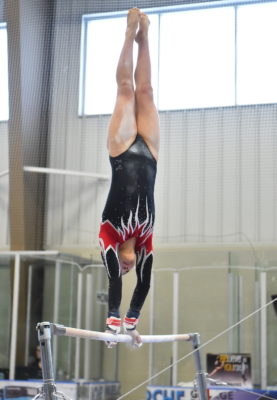 “I love the environment and how even on hard days we try to keep each other up,” Chloe said. “Also, the coaches feel like your parents and they are there for you.”

Chloe, who also plays volleyball at Confederation, is in her sixth year as a competitive gymnast. Her start in the sport was similar to many others.

“When I was young I always climbed stuff,” she said. “My mom used to have a sewing machine and I used to climb on it and balance on one foot.”

Chloe describes herself as shy and said gymnastics has helped her come out of her shell.

“It was when my friends at the club helped me and really made me feel welcome,” she said.  “It has helped a lot. If I wasn’t in gymnastics, I would still be that shy, nerdy kid.”

Following are the other Niagara Falls Lightning Gymnastic Club results from the Gymnastics Ontario Championships, held April 5-8 in Amherstburg.

Level 6 Age 9: Ariya Schmidt, fourth on vault, second on bars, sixth on beam, fourth on floor and third all around.

Level 6 age 13: Riley Wilson, seventh on vault, fourth on bars, sixth on beam, eighth on floor and fifth all around.

Ariya Schmidt is included in these results and BPSN will have a story on her next week.