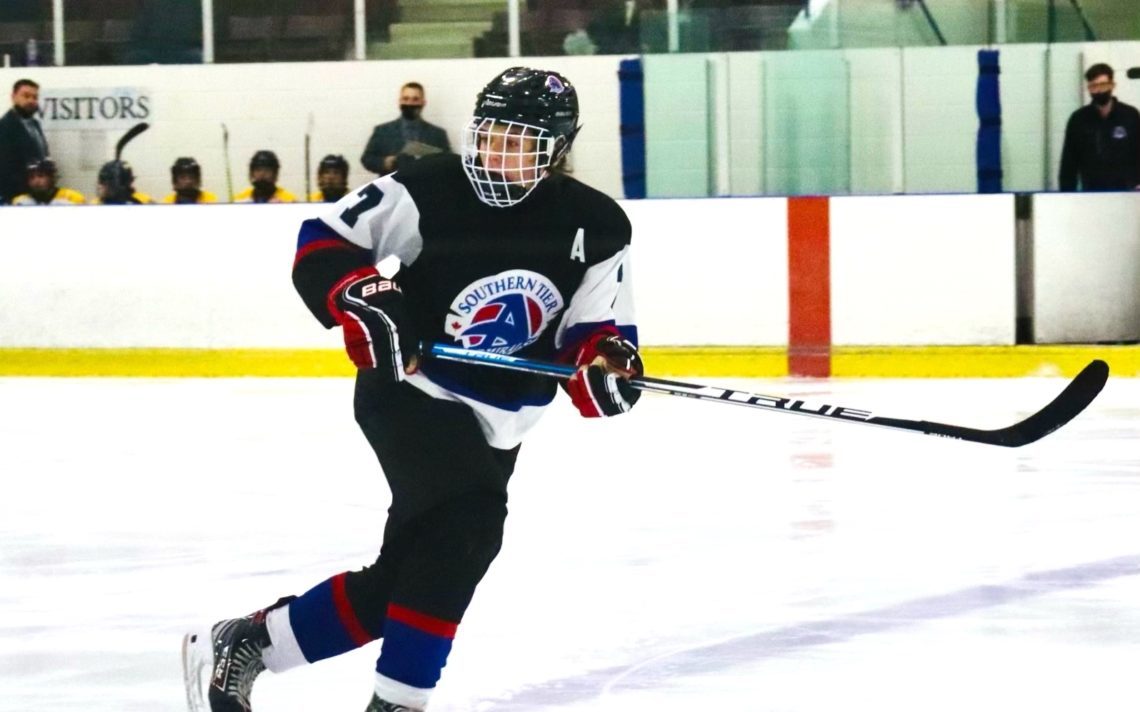 Cheynowski thrilled to be a Bulldog

The 15-year-old Welland resident was not only hoping to get drafted, but was crossing his fingers he would go in the first three rounds of the Ontario Hockey League Priority Selection.

The Grade 10 student at Notre Dame had to wait it out, but got his wish when he was selected by the Hamilton Bulldogs with the final pick (63rd overall) of the third round.

“It was pretty exciting,” Cheynowski said. “It was on the Friday too and there was just the three rounds.”

Had Cheynowski been passed over Friday, he would have had to wait until Saturday morning when the draft resumed with rounds 4-15.

“It’s been pretty busy trying to figure things out and it’s exciting too to be drafted by a close team to home,” he said.

Cheynowski and his family were watching the draft while his mom kept tabs on a laptop.

“My mom also had it on her computer where the names would pop up just before and she made a little noise before it came on the TV so we knew,”  Cheynowski recalled.

Cheynowski, who had previous discussions with the Bulldogs, soon took another call from the organization welcoming him to the team.

“They just said keep working at it and we’ll see you at training came and see how it goes,” he said.

Cheynowski, a solid two-way defenceman, came into his own this season for the Southern Tier Admirals U16 AAA squad, where collected six goals and 13 points in 17 games.

He also got into a handful of games at the junior B level with the Thorold Blackhawks where he immediately fit in and impressed.

“Getting that experience in junior B was really helpful,” Cheynowski said. “I’m sure the jump from junior B to the OHL will be a lot. The guys are bigger and it will be at a faster pace than junior B too.”

Cheynowski feels he is ready to step into the lineup in Hamilton.

“My intention is to go play next year,” he said.

To prepare himself, he plans on working with a personal trainer, keeps close tabs on his nutrition, and work out on and off the ice.

“Even if didn’t get rewarded (by being drafted) I wouldn’t stop there,” he said. “Even though I did get drafted, the work doesn’t stop there. You have to take each step after that and keep working at it.”

“I think he can definitely play at the next level,” Barnes said. “He was real solid for us and got some good experience and hopefully that helps him going forward.

“He’s got good size and can skate well and he competes well and has a good stick. A combination of those things will allow him to compete at the next level. I really like that he’s strong on the pucks and in battles.”