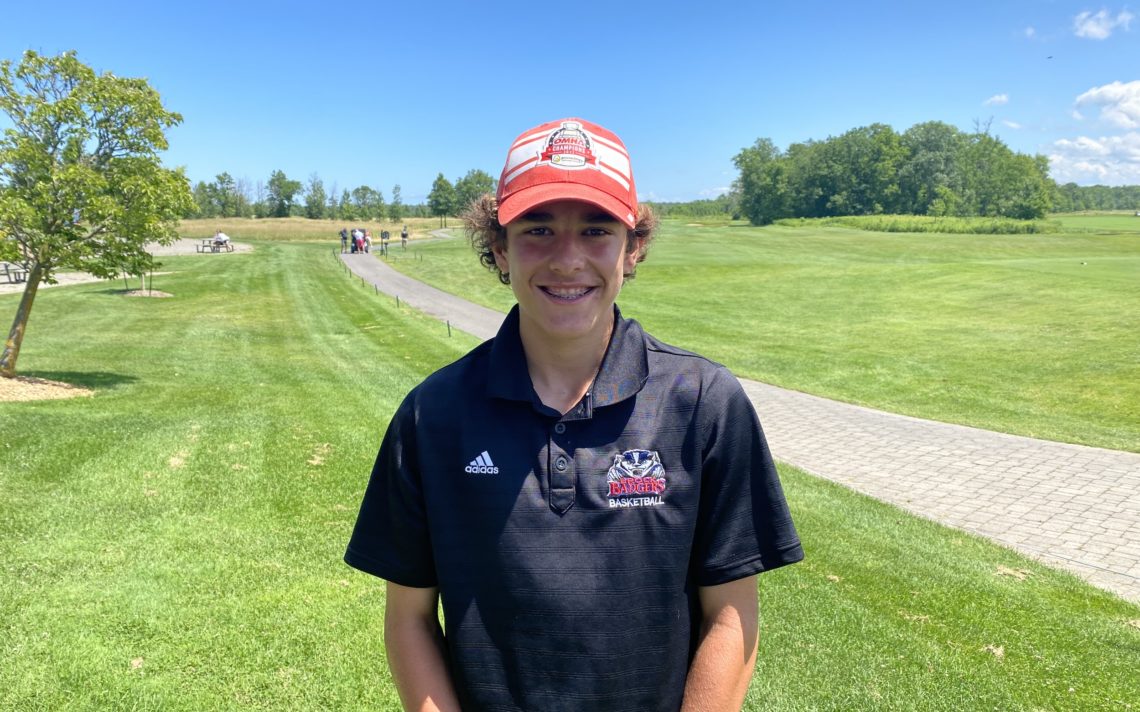 Chase is on the case

Chase Partridge is on a roll.

The 13-year-old St. Catharines resident, who captured the U15 club championship at the St. Catharines Golf and Country Club Sunday, followed that up with a brilliant performance Monday on the Niagara District Junior Golf Tour.

Partridge shot a 73, bettering his personal best round by six strokes, to capture first place in the U15 boys division at Legends — Ussher’s Creek.

“My driver was straight today so that allowed me to capitalize. I ended up hitting 15 greens and had no three-putts,” Partridge said. “I only had one lost ball, so that was good.”

Partridge, who also recently qualified for the U15 provincial championships in August, got off to a strong start which he said helped his mindset.

“Normally, I am very nervous but I woke up this morning and felt good,” he said. “On No. 2, I put my second shot to within five feet and that’s when I knew I was going to do well today.”

Partridge, who was a member of the Niagara North Stars U13 AAA squad which captured the Ontario Minor Hockey Association championship at the OMHA Tournament in Oakville in April, considers hockey his main sport.

“I play golf in the summer to give me something to do but if I keep doing well I might have to consider doing it more,” he said.

The Ridley College student is also a force on the pitch where he suits up for the St. Catharines Club Roma regional squad which is in the Ontario Cup quarter-finals.

“It’s been a whirlwind of stuff. From nothing in COVID to coming out and winning hockey and doing great in soccer and now winning golf. It’s been great.”

Casey Kenny of Sawmill was the lone participant in the U-19 girls division Monday.

“It was a stress-free round so it was nice,” she said. “You’re just against yourself so all you can do is do your best.”

Kenny described her effort as, “Not bad.”

“My driver was pretty good, my putting not so much,” she said. “I had 36 putts today. A little too much.

“I kind of feel apart at the end but not bad.”

Kenny is coming off a solid showing at the Ontario Summer Games at Brae Ben Golf Course in Mississauga where she tied for fifth overall in the U-19 girls division.

“I was pretty consistent. It wasn’t the best scores but I was consistent so that’s a pretty good takeaway,” she said. “I was doing pretty well until the last few holes again.”

The annual tour team championship, called the Humber Cup, hasn’t been played since 2019 because of the pandemic and the event this year will be replaced by the Summer Games event.

“She had a chance to win and she was really close. We made a decision on the 17th hole and she finished triple bogey and bogey and probably would have won the silver medal if she made par-par. She was that close,” he said.

Overall, White said it was a great experience for the golfers.

“It was fun. It was a great experience because they don’t get that experience of playing on a team and also having a coach on the golf course. It’s similar to a college experience they may have.”

The next tour stop is Friday at Willodell.

Below are the leaderboards from Monday’s tour stop at Legends: