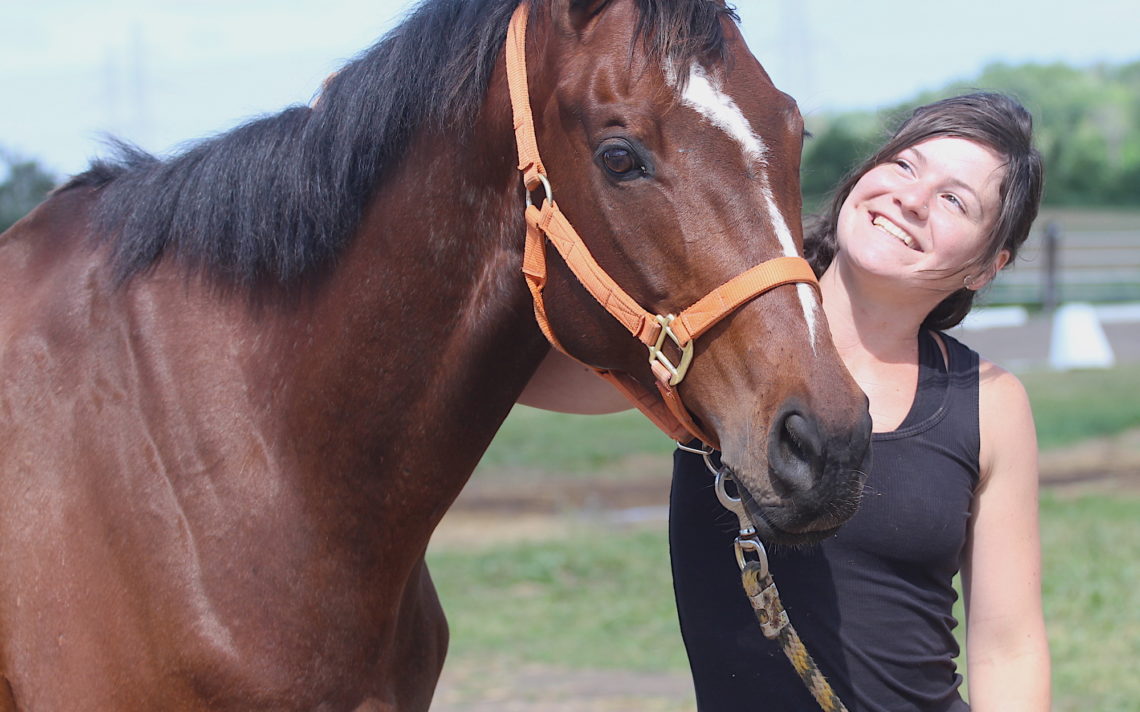 Catching Lightning in a bottle

Kat Young has never wavered in what she wanted to do for a living.

“Ever since I can remember, I have always loved horses and when I was younger I wanted to be a trainer,” the 23-year-old Binbrook native said. “The dream was to train my own horse so I did that and the first part was training him to be ridden. And then I just want to keep going and going and see how far he can go.”

That horse, a male named Lightning, needed a lot of training before he would be able to compete on Ontario Horse Trials Association circuit.

“I got him out of a field and he was barely touched and I brought him along to the point where she (coach Jenny Jelen) could start training us to be competitive,” said Young, who is employed as the barn manager at Effingham Stables. “It has been a long road but definitely well worth it.”

“I guess it’s just turning him from a wild and crazy firecracker into a solid citizen that anyone can ride,” she said. “That is a pretty big leap that I have done with him and this year we have really gotten competitive. We’ve did second in our first event and first in the second one.” 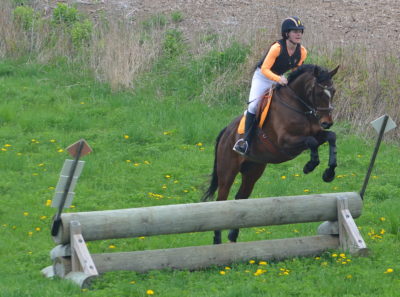 That success has come through developing a strong relationship between horse and rider.

“It didn’t start out great because he didn’t know what a human was,” Young said. “It took a long time to click with him, but now he knows me when he sees me. He can tell. I wouldn’t trade him for the world.”

Dressage tests the gaits, suppleness and obedience of the horse through a series of prescribed movements. Judging is based on specific criteria and movements but the phase also evaluates beauty, movement and obedience.

Cross country jumping phase is an exercise in speed, stamina, athleticism, courage and boldness and tests the horse and rider’s ability to manouvere obstacles such as fallen logs, water, ditches and banks.

Stadium jumping is held in a closed-in arena/ring and tests the horses athletic ability and conditioning. It is held on the final day to test a horse’s fitness the day after the cross country event. The horse must cleanly jump a series of obstacles in a timely fashion.

“Eventing is one of the most dangerous equestrian sports so it’s pretty important that they (horses) are listening and really honed in on you,” Young said.

Jelen has been impressed with how far Young has come in a short time.

“She has worked her butt off to get good at it,” she said. “The really cool thing is that she has developed her own horse from the ground up. When I first meet her, there were a lot of things she didn’t know she didn’t know and not she’s put in a lot of hard work, time, effort and dedication and has produced a successful, competitive event horse.” 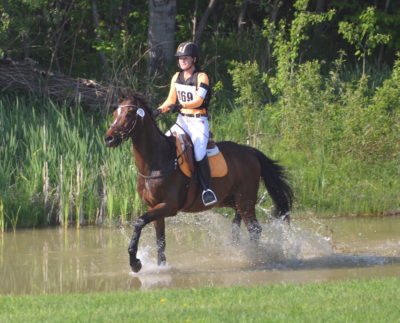 All the credit for this goes to Young.

“She’s talented and he’s athletic, but he wouldn’t be anything if it wasn’t for her,” Jelen said.

Young and Lightning compete at the entry level. The following levels are pre training, training and preliminary. Preliminary is almost equivalent to the lowest international level.

“It is hard to say, but preliminary would be a definite goal,” Young said. “I would like to take him to the upper levels and the goal is to go to Florida this year so we can continue training through the winter.

“We wil go up the levels through there and hopefully we will see what he can do.”

Jelen is confident Young has a bright future in the sport.

“She will be joining us in Florida this winter to keep developing her horse and I think she can take it wherever she wants.”