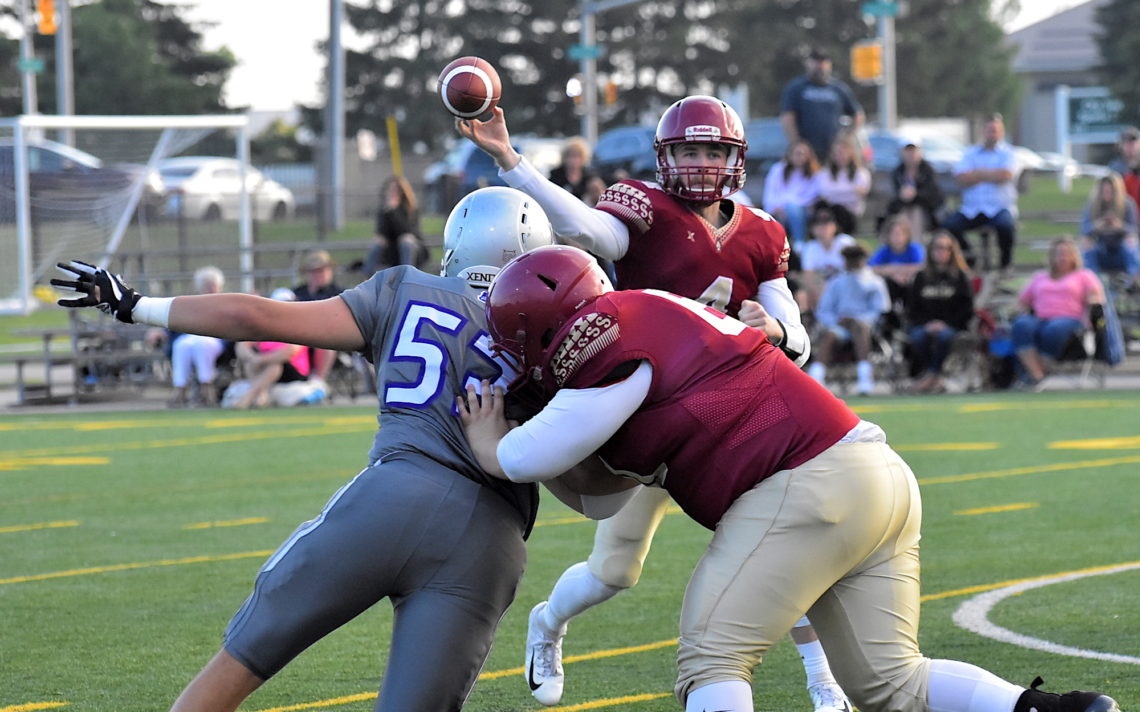 Travis Arp is heading into his first year of university football with his eyes wide open.

“You definitely have to keep your eye out,” he said.

The 19-year-old St. Catharines native is well aware of what awaits him at Carleton.

“They haven’t signed another one (quarterback) this year and two recently quit so there’s only two on the roster,” the Denis Morris student said. “I can go in there and be third string. They are not going to tell me straight up that that is what it’s going to be, but I am going to compete for it.” 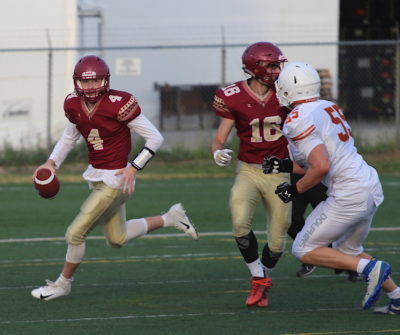 The six foot, 185 pound player visited Guelph, Windsor, Queen’s, McMaster and Western and had some interest from East Coast schools before deciding Carleton was the right choice for him.

“Right when I walked on campus it felt like home,” he said. “It provides me with a good education with a lot of branches of psychology there and the coaches are very experienced. I was drawn to it immediately.”

The schooling was Carleton’s biggest attraction.

“Carleton exceeded what I wanted to do,” said Arp, who plans to major in psychology and minor in criminology. “They provide a great program and it’s the best of both worlds.”

He is using final season with the Niagara Spears Varsity team to fine tune his game for the post-secondary level.

“I am trying to be a leader — that’s one of the best ways a young quarterback can progress — work on my reads and memorize the playbook so I am ready when they give me my shot.”

Arp has had Carleton’s playbook in his possession for about a few weeks.

“It’s a lot of stuff, but I am trying to work on it, get through it and be ready when I get up there.”

Arp feels comfortable with the pro style offence run by the Ravens. 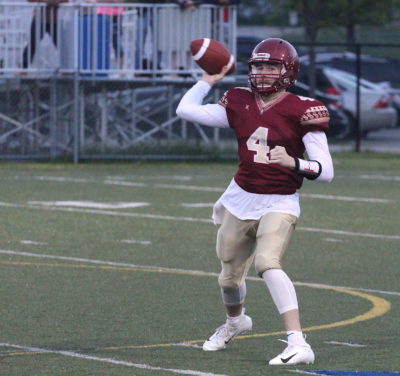 “It’s the same style that we run here,” he said. “When they showed me the plays, I had been running them for a while. Obviously, it is more complex, but I am used to it.”

“He tries to push sometimes, but he has a lot of potential and is a good quarterback who knows the game really well,” Duguay said. “He needs to relax and slow down.”

Understanding what he is up against has been Arp’s biggest improvement in his time with the Spears.

“He started to read defences and was able to understand the process and the gradual progression of the passing game,” Duguay said,

That ability to read opposing defences kicked in during the middle of the 2017 season.

Arp agrees he needs to let the game come to him a little bit more.

“I kind of get antsy when the game isn’t going the way I want it to,” he said. “We study the film and if they don’t give us that defence we plan for, we have to make adjustments.

“I have to slow the game down, slow myself down, build confidence by throwing shorter routes and get some first downs.”

The Spears have clinched a playoff spot with a 4-3 record and Arp would love to go out with a championship.

“I want to get coach Duguay a championship, for sure,” Arp said. “He hasn’t had one for a while and I want to give all I’ve got for my last year and go out with a bang.”

Carleton’s training camp starts Aug. 9 and Arp will head to Ottawa a few days earlier to get settled. He will have done a lot of work already by the time he arrives.

“I’ve been working out at the gym five days a week with my trainer trying to build strength in my shoulders and stuff like that,” he said. “I am also out throwing a lot and working on my footwork.”