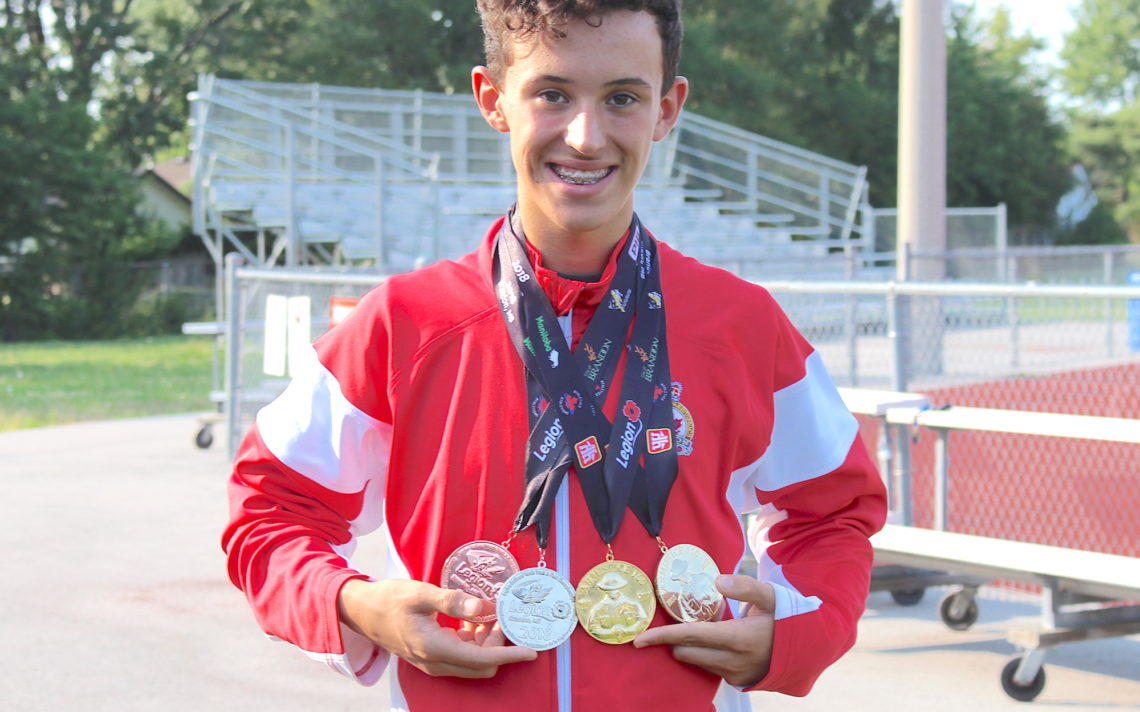 Campbell cleans up at track nationals

Eric Campbell capped an incredible summer with an excellent performance at the Royal Canadian Legion Youth Track and Field Championships in Brandon, Man.

The 15-year-old St. Catharines resident won gold in the under-16 800 metres and medley relay, silver in the under-18 4X400-metre relay and a bronze medal in the 1,200 metres. The Niagara Olympic Club member was only supposed to compete in two events, but ended up filling in for an injured athlete in the relay events. For his efforts, Campbell was named Ontario’s male athlete of the national championships. 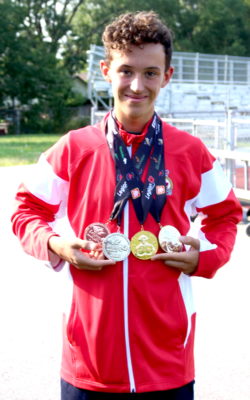 “I think I did what I had to do,” said the modest Campbell, who left it up to his NOC coaches to mention his male athlete award. “That meet was at the end of the season and I wasn’t expecting to make any personal bests or wow the crowd and do amazing.

“I knew the competition was tough so I just went there, ran my race and didn’t try and do anything crazy. All in all, I did decently well.”

It was Campbell’s second appearance at the national championships, but his first as a member of Team Ontario. Last year, he didn’t medal but set personal bests in all the events he competed in. He qualified in 2017 by achieving a certain standard in his events.

His experience last year was a benefit, but the biggest advantage this time around was being a year older.

“Now that I am in Grade 9 and have been through OFSAA (Ontario Federation of School Athletic Associations championships), it’s a little easier for me because I’ve had the experience from last year,” said the Legion provincial champion in 800 and 1,200 metres. “Now when I looked at the times and stuff, I think I can do it rather than last year when I looked at the seed times and it was omigosh.

“It was a bit more comfortable this year.”

The four national medals put an exclamation point on a season that also included records in the midget boys 800 metres and 1,500 metres at the Southern Ontario Secondary Schools Association championships and silver medals in both events at the OFSAA championships.

Campbell feels he hasn’t made any dramatic physical improvements since the start of the high school season, but is a much better strategist now.

“I face a lot of the same guys in the competitions that I go in and I really got to know them,” the Grade 10 student at Sir Winston Churchill said. “Because I have studied every other runner and I’ve studied their patterns, during races I look at my surroundings, see who is there at certain points in the race and who is going to make a move.

“During the summer I was a bit smarter because I have memorized every other runner I have competed against.”

Campbell is now enjoying a bit of a break before starting the cross country season at Sir Winston Churchill. Last year, he competed at an age level up and won the SOSSA championship.

“Last year was a bit different because I ended up running Grade 10 cross country as a team, so I don’t know what to expect this year,” he said. “I have run 5K so I am a little more comfortable with that, but cross country is very different from track so I’m going to run the season and figure things out from there.”