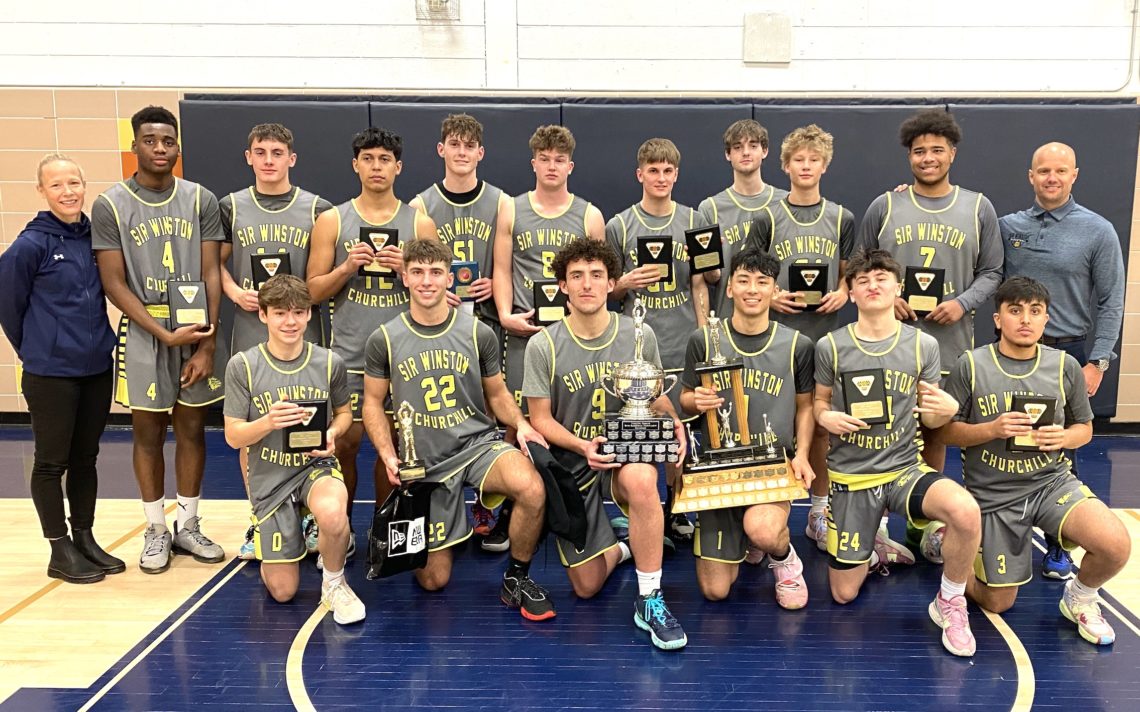 Through the first half Saturday night, the championship game of the 66th Annual Welland Tribune Basketball Tournament at Notre Dame was looking like a blowout.

The eventual champion Sir Winston Churchill Bulldogs led 23-9 after one quarter and 36-22 at the half against an Eden Flyers squad whose body language suggested the game was all but over.

But to their credit, Eden came out flying in the third quarter, erased almost all of Churchill’s lead before the Bulldogs restored order and took a 50-42 lead heading into the final quarter.

The final eight minutes of the game were filled with drama and Eden managed to erase a 59-52 lead in the final two minutes of the game, highlighted by a Chad Thorpe three-pointer that tied the game at 59-59 with 24 seconds remaining. Churchill held the ball for the final shot and Mazen Yagubi’s shot at the buzzer rolled twice around the rim and popped out.

Eden grabbed a 62-59 lead in overtime on a three-pointer by Caleb Stewart but threes by Matteo Scaglione and Yagubi helped the Bulldogs to a 65-62 lead with 1:48 left. Thorpe hit another three with 1:24 left to tie the game with 1:24 left. Yagubi went 1-2 from the line with four seconds left on the clock to give his team a 66-65 lead and the game ended when Thorpe’s shot at the buzzer bounced off the front rim.

“It was a tale of two halves, that’s for sure,” Churchill head coach Martin Cook said. “The first half went how we had planned. We had a pretty good game plan and it went exactly the way we wanted it to go but give credit to Eden. They figured it out, they adapted well to it and we didn’t counter well to what they were doing. That’s what led to a tie game at the end of regulation.”

The same story continued to play out in extra time.

“We were making shots and they were making shots and ultimately, in the end, a generational-type player (Yagubi) found a way to get to the free-throw line and hit the game winner,” Cook said. “Then they had the right guy (Thorpe) shooting the ball at the end and he had hit a lot of shots but time ran out unfortunately.”

After winning their first Standard title since 1968 by beating the same Flyers, the Bulldogs won their first-ever Tribune championship crown. Churchill also became the first school to win Standard and Tribune titles in the same school year since the Notre Dame Fighting Irish did it in 2004-05.

“Kind of cool is the understatement of the year,” Cook said of the two titles. “I can’t see how there is a more important honour, especially being from Niagara. History is not lost on me. This is Ontario’s oldest tournament and Churchill has not been a basketball school. It has been a storybook so far this season.”

It almost had a horror story ending Saturday.

“We came out strong like we wanted to but in the second half they bounced back. We kind of let them back in the game and it came down to the last second,” Yagubi said. “Luckily we came out on top.”

Yagubi thought he had ended the game in regulation time but the rim had other ideas.

“The team trusts me to make the best play and it was going down until the last few seconds and I knew that I had to put up a shot. It looked good from my angle but sadly it didn’t fall through. But we came out in overtime, played our hardest and we came out on top.”

Yagubi, who scored a game-high 26 points in the final and averaged 19 points a game in the tournament, was named a first team all-star and awarded the Larry Cooney Trophy as the tournament MVP. He was also the MVP of the Standard tourney.

“It’s pretty good but that is not really something that I worry about,” he said. “I just want to make the best plays for my team and help my team win. That is just an additional award that I get and it doesn’t mean as much as the (tournament) trophy.”

Churchill’s win was a team effort up and down the lineup.

“Everybody on the team stepped up today and coach Martin is one of the best coaches that I have ever had,” Yagubi said. “He trusts everybody and he puts out the right guys. Hustle was the thing that won us this game.”

Eden coach Jonathon Thorpe had one key thing to say to his team after the game.

“It’s a message I’ve said before when a game doesn’t necessarily go your way at the end — the outcome of one game doesn’t make or break a season. Nobody after the first quarter, other than those on this team and coaching staff, thought that game was going to go the way it did afterwards,” he said. “We didn’t do a good job controlling the boards in the first quarter. We didn’t have a great first quarter at all but I told them how proud I was of them for what they did from the first quarter on.”

Thorpe described the game as a ton of fun.

“As a coach, I feel it’s my job to give these guys experiences that maybe they otherwise wouldn’t have if they weren’t on this team. In all honesty, I was just so happy that these guys had the opportunity to play in a close game in front of a huge crowd and they did themselves well.” 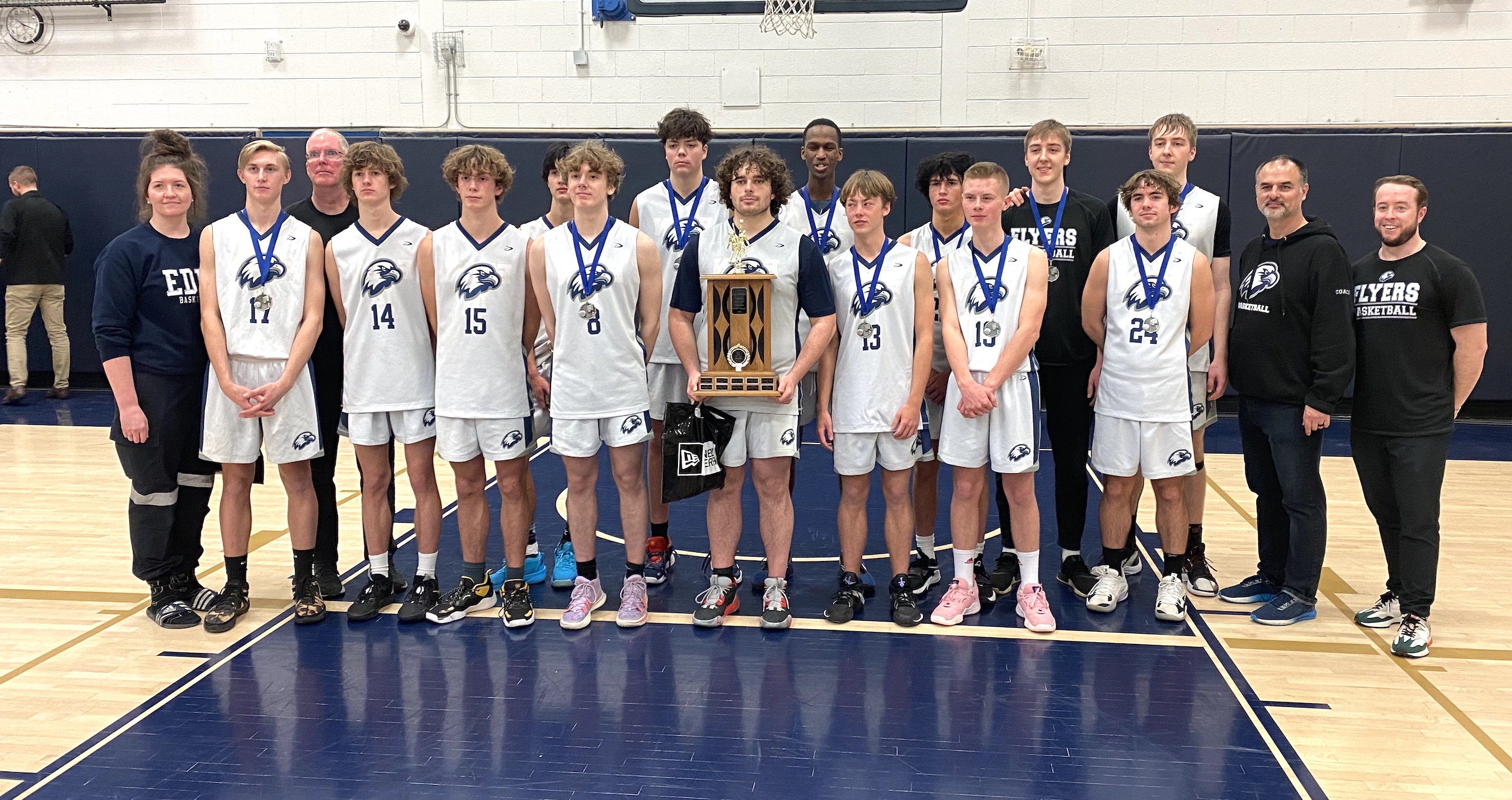 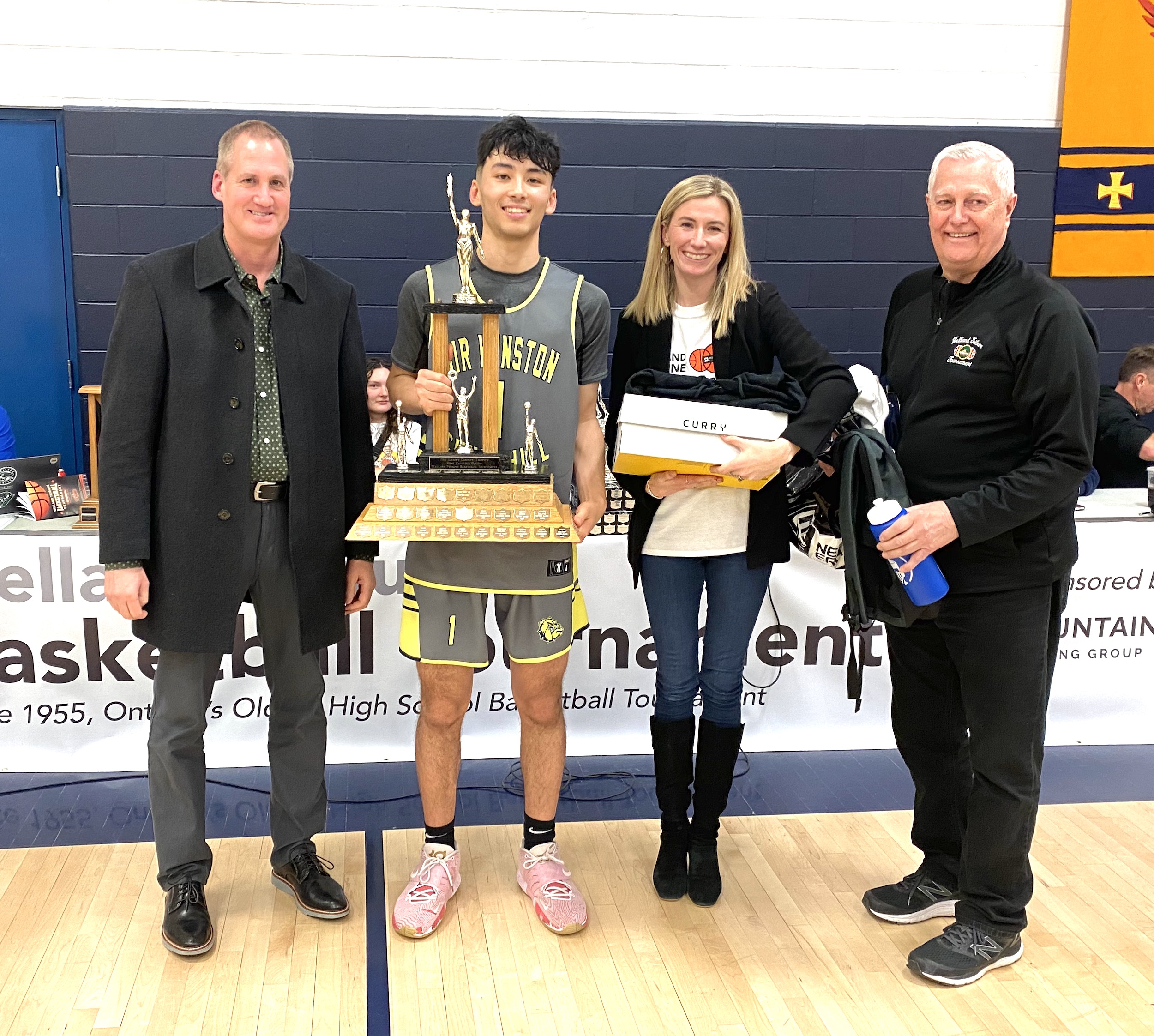 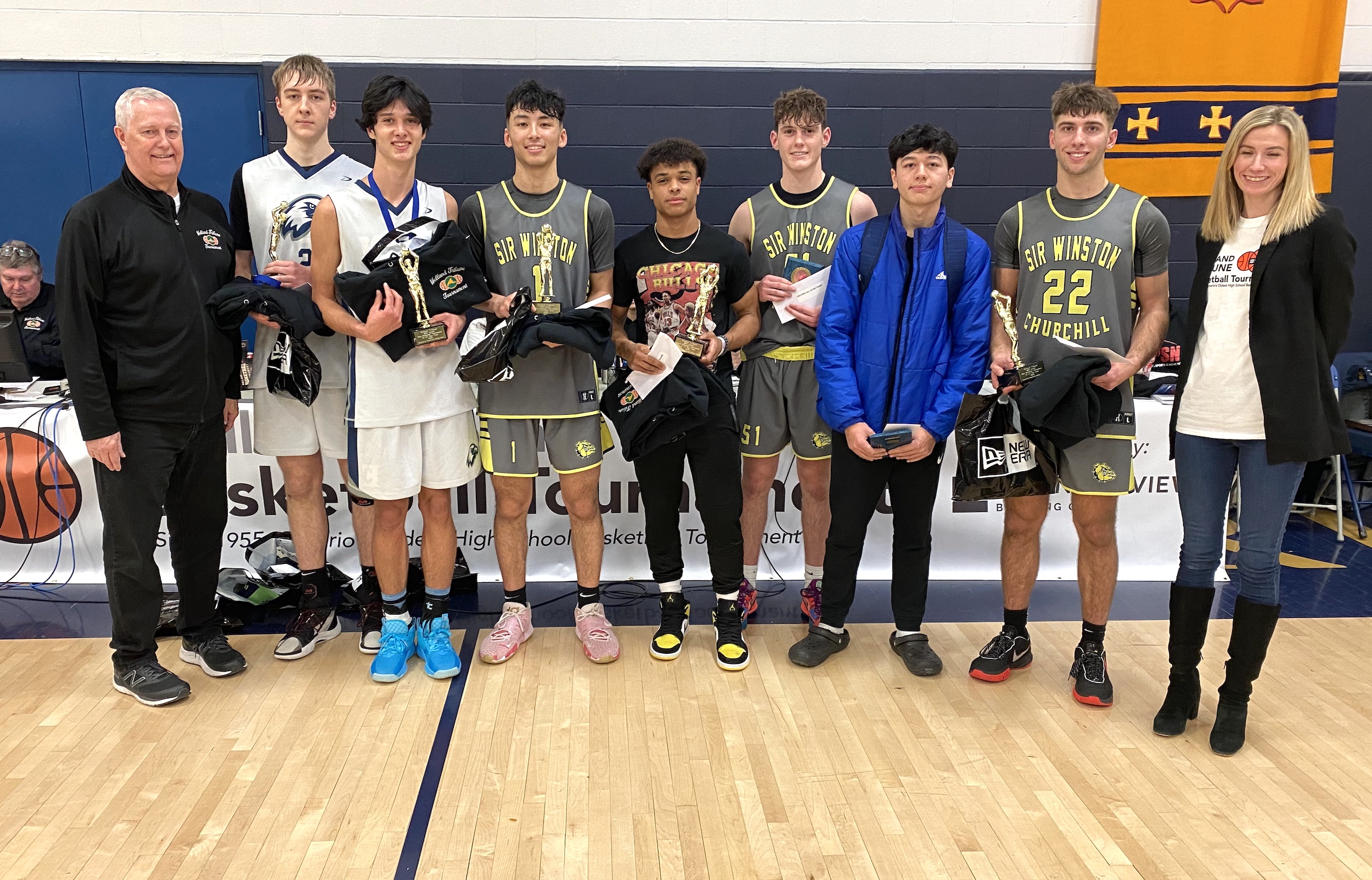 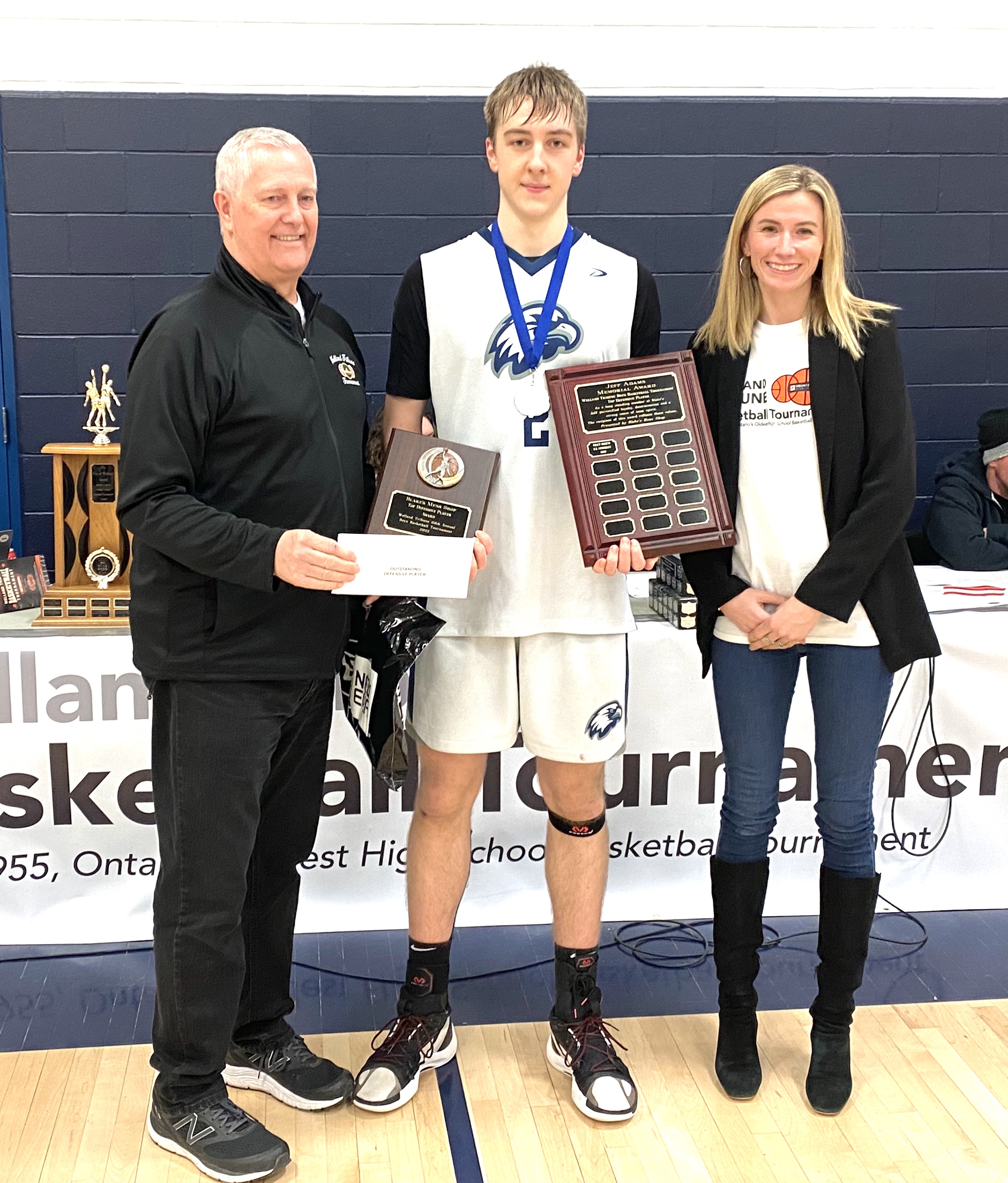 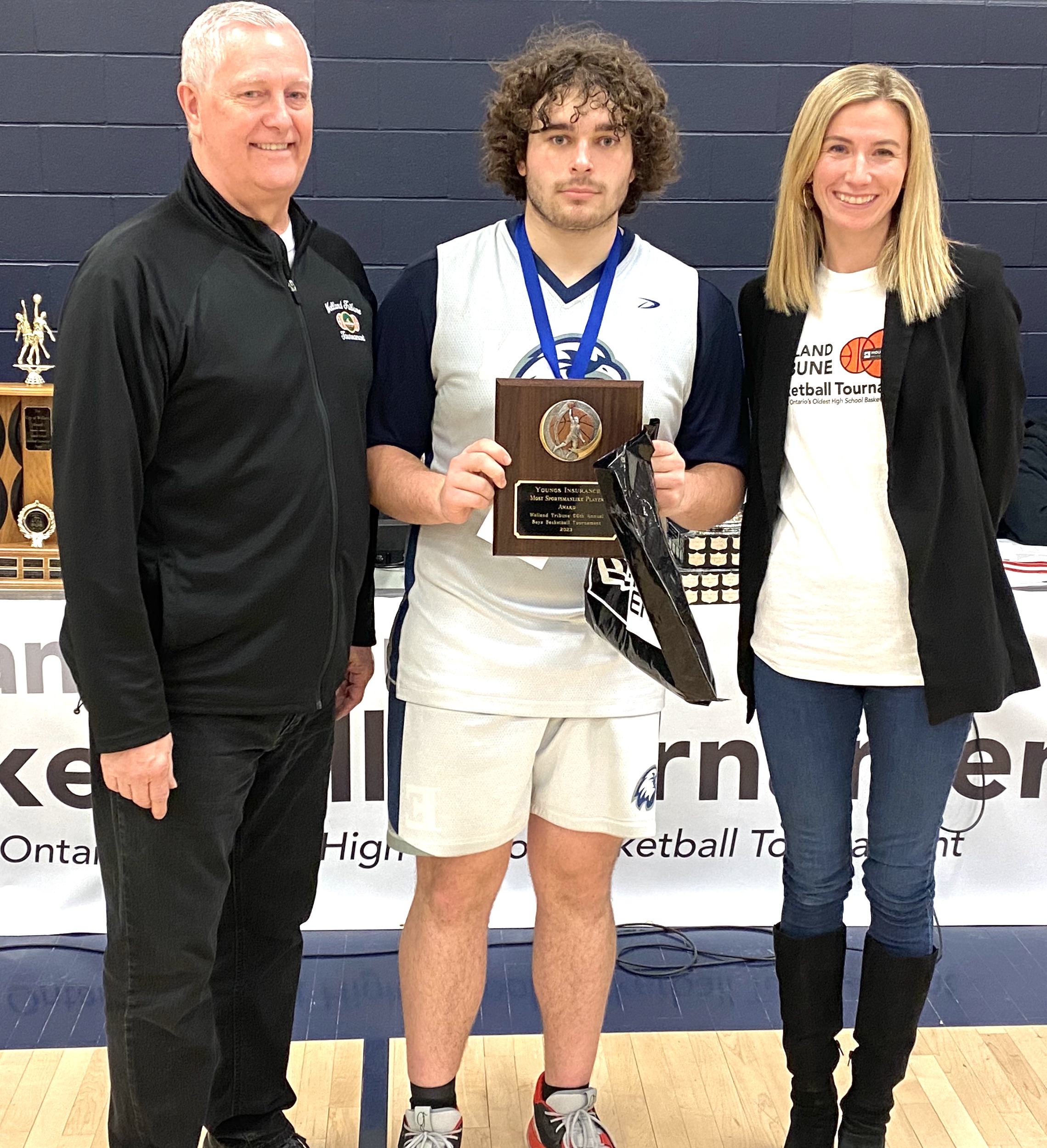 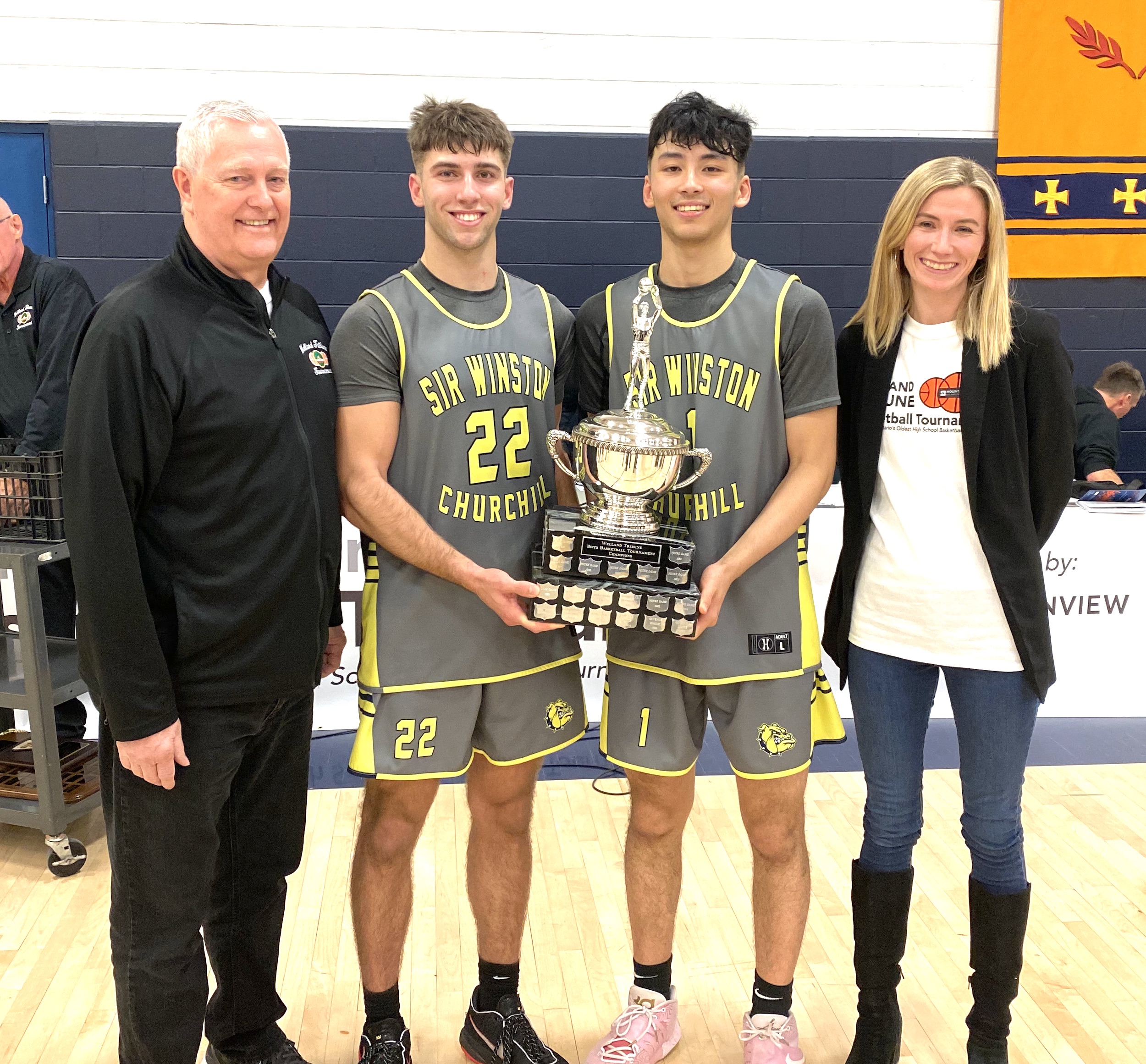 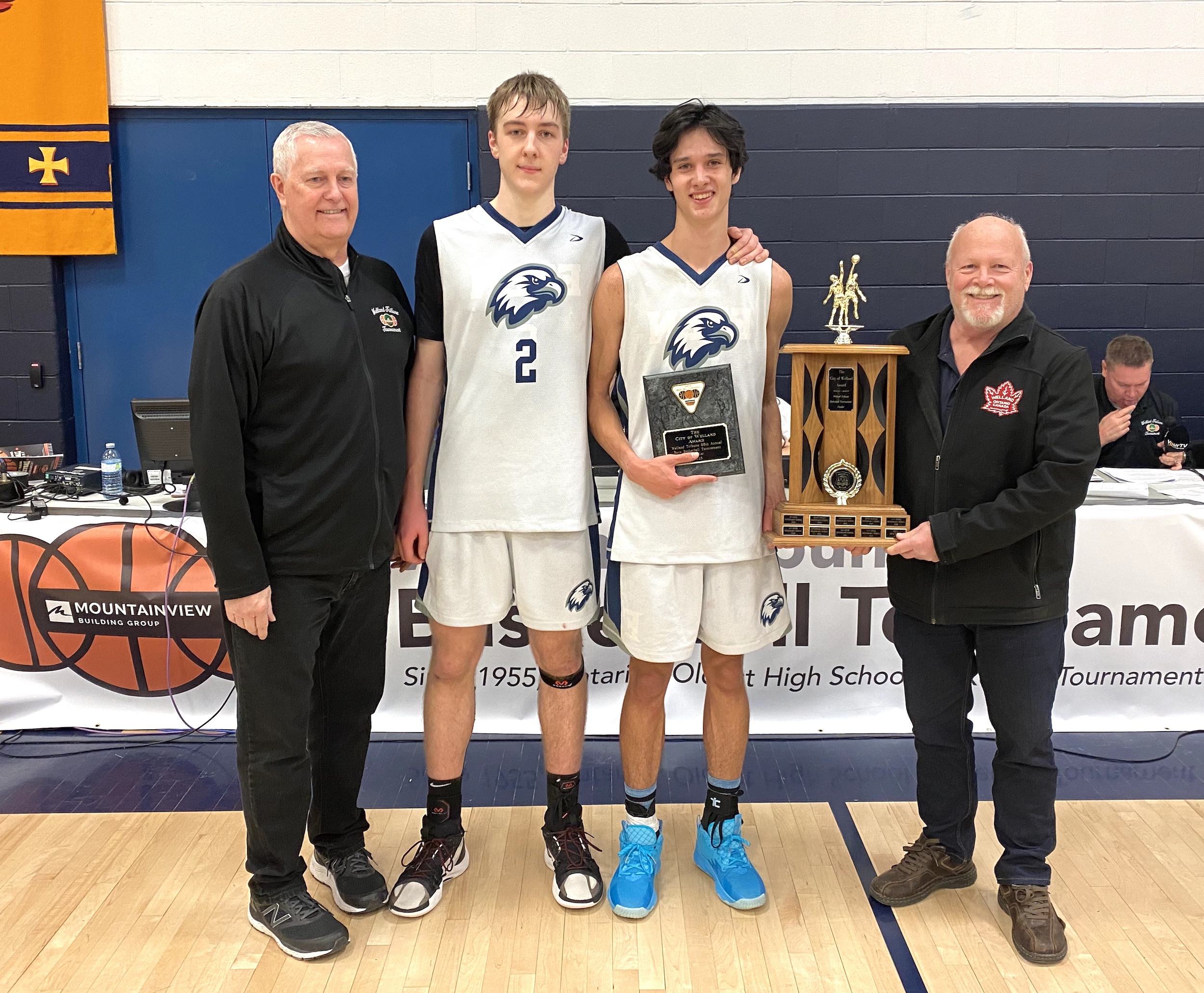 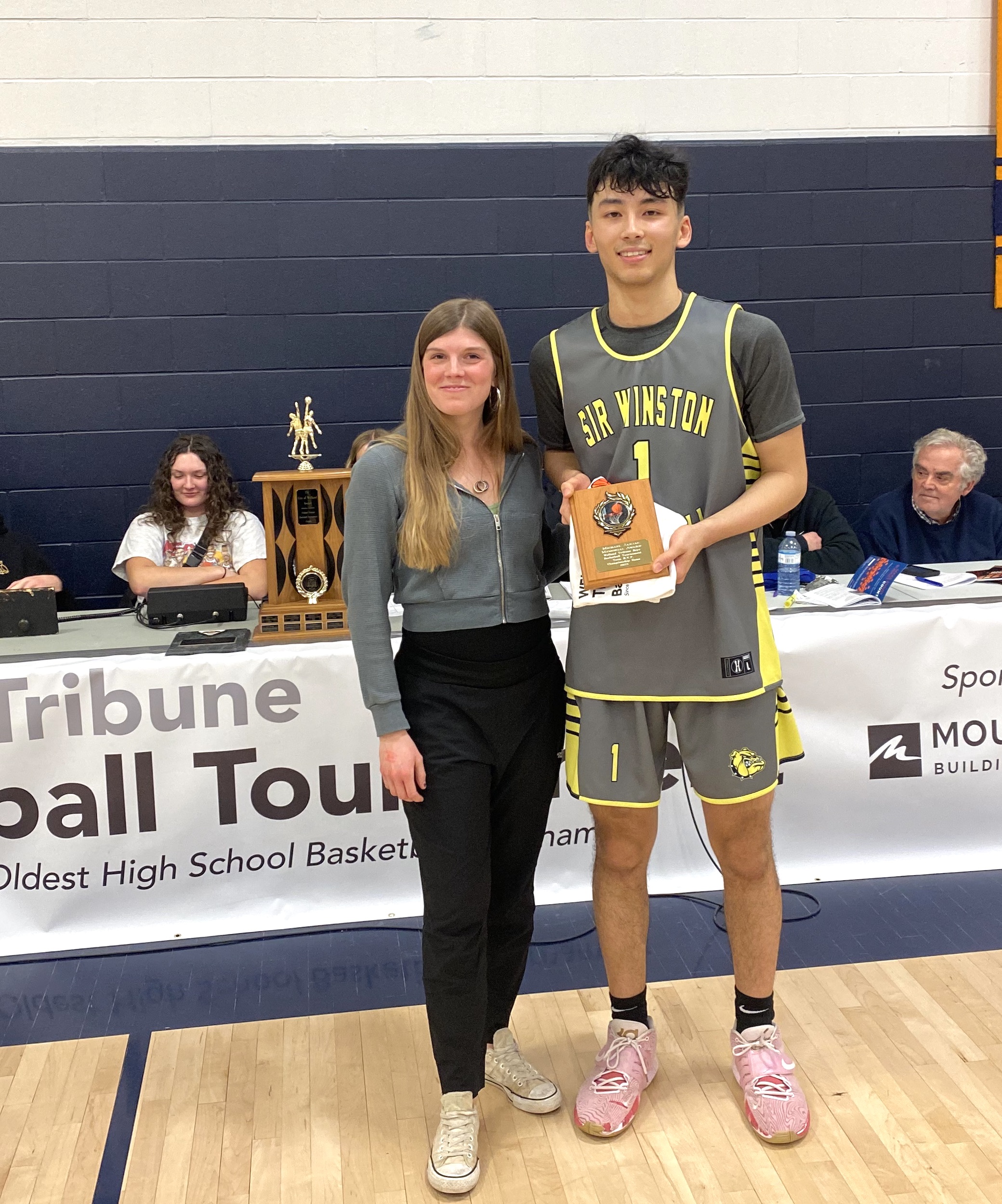 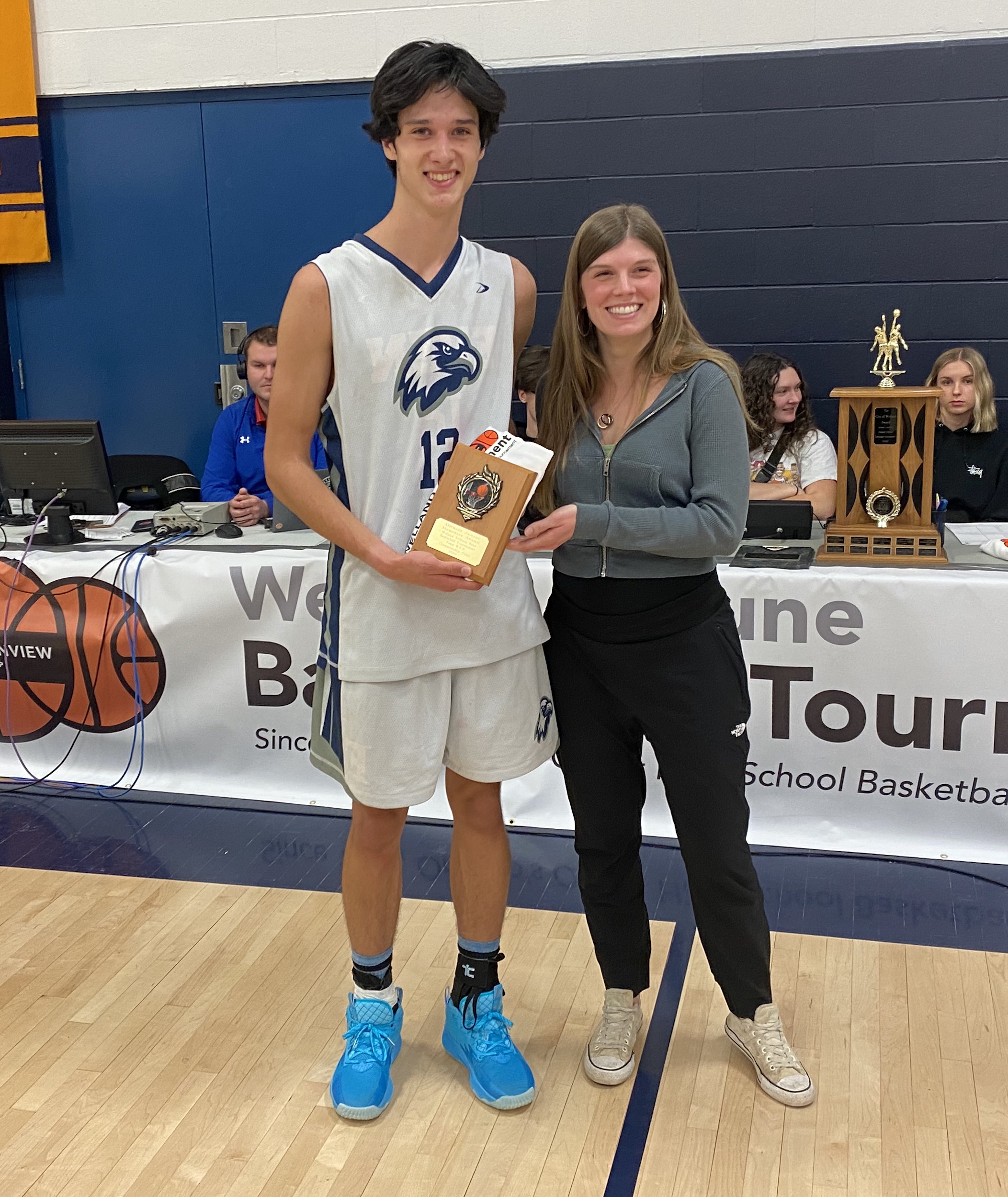 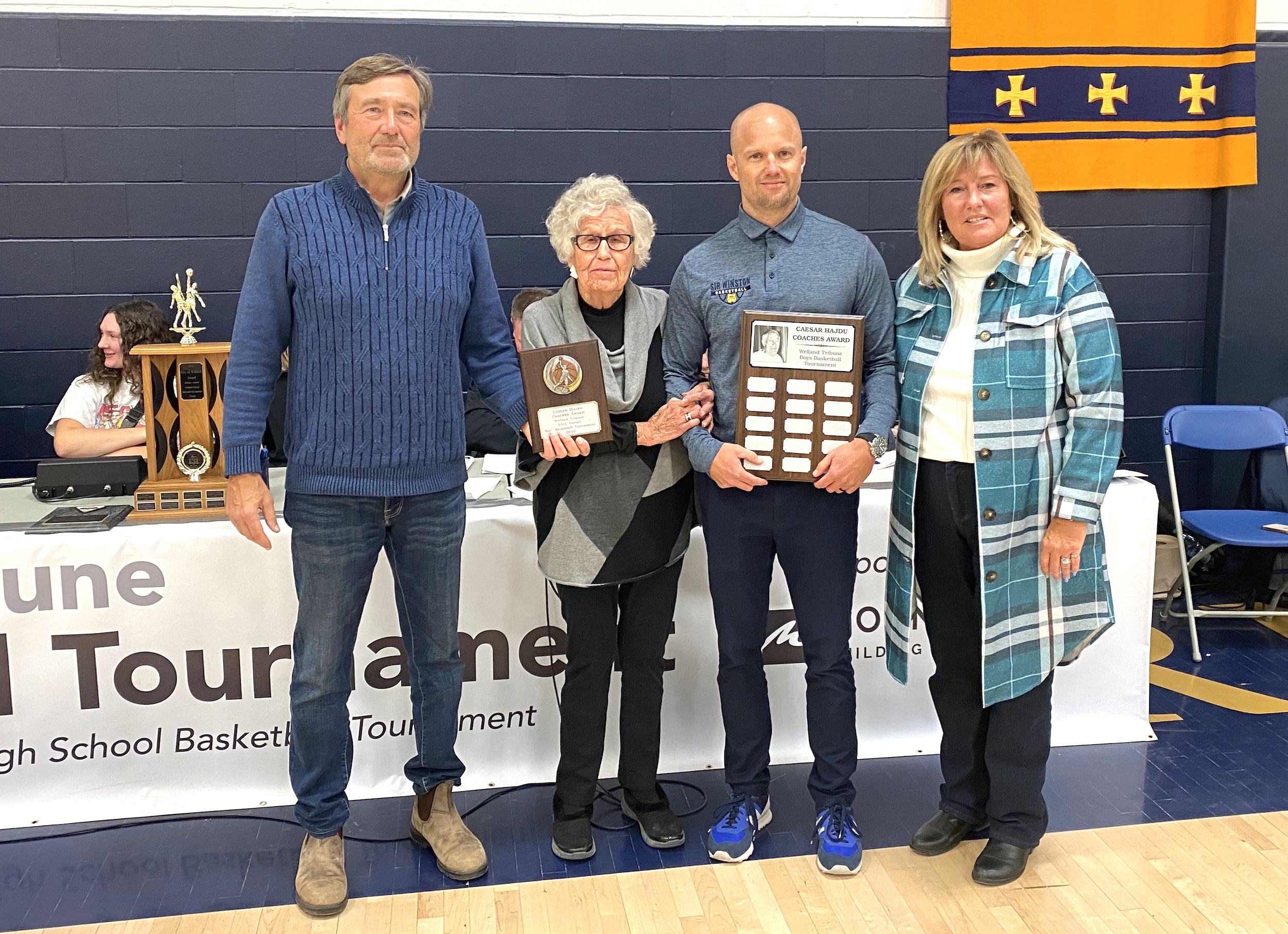