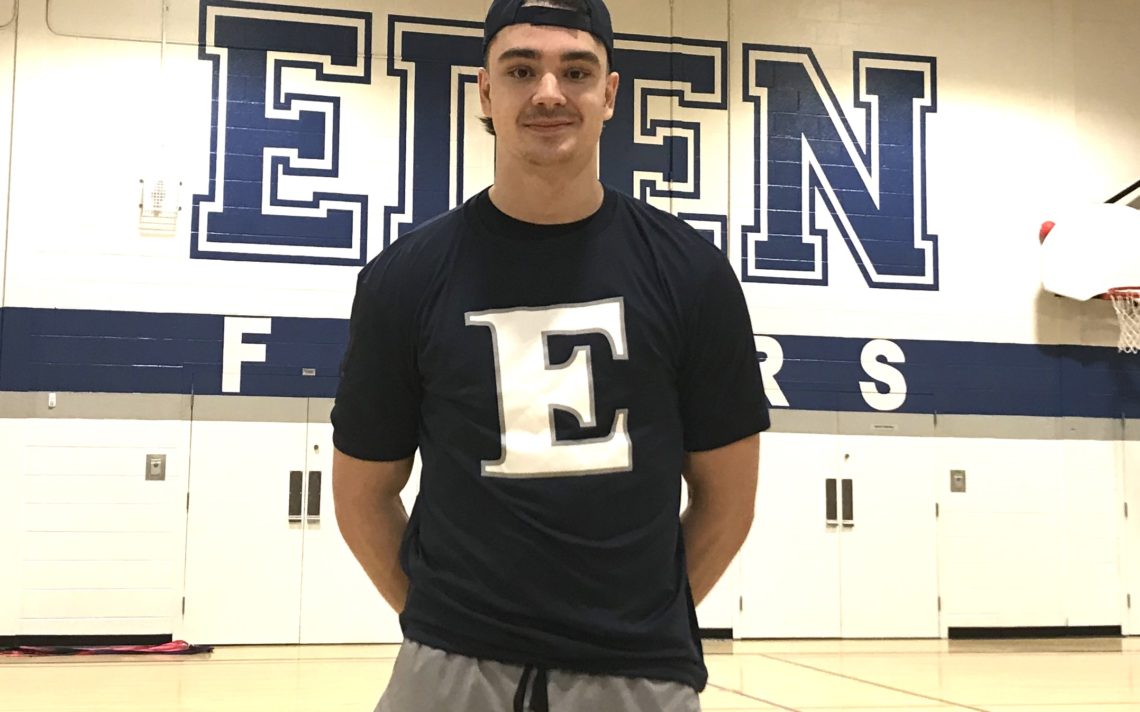 Bruggeling returns to his roots

On the morning after being selected 22nd overall by the Ottawa Redblacks in the 2022 CFL Draft, Keaton Bruggeling returned to where his football journey began.

The 24-year Port Dalhousie resident spent his morning at Eden, meeting with members of the school’s varsity football team and then addressing and working through some drills with Stefanie Pavlovich’s Grade 9 boys phys-ed class.

“I was at a bar with all my friends and family just enjoying the night and I think I got home at 1:30 (a.m.),” Carleton Ravens receiver said. “This morning it wasn’t too hard to wake up.”

It was important for the 6-foot-3, 205-pound Eden alumnus that he make an appearance.

“It shows them that anything is possible because I didn’t understand that it was possible. When it comes to me in Grade 10, it didn’t seem like something I could achieve until Mr. Darrell Adams who was at Carleton then, handed me a card and asked me if I had thought about playing collegiate football,” he said. “Canadian football is foreign but I just think we need more traction by getting investment from schools and kids.” 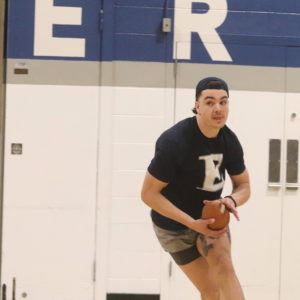 Eden head football coach Jeff Webster was thrilled to have Bruggeling at Eden.

“I had the privilege of being able to coach him for his last two years here and he is one of the finest student-athletes and young men that I have ever been around in terms of this school and this program,” Webster said. “His story is just like yours. He is St. Catharines born and raised, he is Eden educated, he went to a Canadian university and last night, due to all his hard work and dedication, he was 22nd pick by the Ottawa Redblacks in the CFL draft. What he did, all of you could work towards doing.”

After acknowledging the applause for his achievement, Bruggeling spoke from the heart to those assembled.

After a while, things began to change.

“You have a transition and you figure out what you want to do and what you enjoy. When you find your passion, it is easy to do and it does not feel like work.”

But it is not always a walk in the park.

“There are days that suck when you wake up at 7 a.m. and you are not motivated,” the former Niagara Spear said. “Those are the days that put you ahead of everyone else. Sometimes it feels like there’s not much going for you and you are not really progressing, but it’s called a drop in the bucket for a reason. You are eventually going to fill that bucket one drop at a time.”

He stressed to the gathering that university athletics are a legitimate pathway in whatever sport one decides to pursue.

“They want good athletes and students and there’s a lot of money available from the schools. You guys should not limit yourself.”

The above advice is for on the field and in the classroom.

“I almost did that to myself. I would be lying if I said that I was a fantastic student but you can’t let school stop you from doing anything else or limiting options. You have to grind it out and understand that it is important.”

Bruggeling had a number of teachers who pushed that message and he told the students to not be afraid to ask for help.

“If you ask for help, you will get help. I didn’t ask for help for a long time but it was very simple. As soon as I asked, I had help from an academic advisor and the principal was in on it,” he said. “We were working towards a goal as a group and I no longer felt alone in my journey.”

That journey is possible.

This past season with Carleton, Bruggeling had 17 receptions for 225 yards and three touchdowns.

Tre Ford is coming off a season with the Waterloo Warriors  Ford where he was named the winner of  the Hec Crighton Trophy as the most valuable player in Canadian university football. The Niagara Falls native completed 118 of 186 passes for 1,465 yards and 10 touchdowns, and rushed for 629 yards and three TDs in six games. The first-team All-Canadian and two-time Ontario University Athletics MVP has reportedly been invited to the Baltimore Ravens rookie mini-camp.

Defensive back/returner Tyrell Ford finished his season with Waterloo with 14 tackles and one interception and was named a Second-Team All-Canadian. He has reportedly been invited to New York Jets and Pittsburgh Steelers’ rookie mini-camps.

Federico, a defensive end with Queen’s, finishing his fourth season with 25 tackles and an OUA-leading seven sacks in six games. The OUA First Team All-Star and Second Team All-Canadian added another eight tackles and a sack in the playoffs.