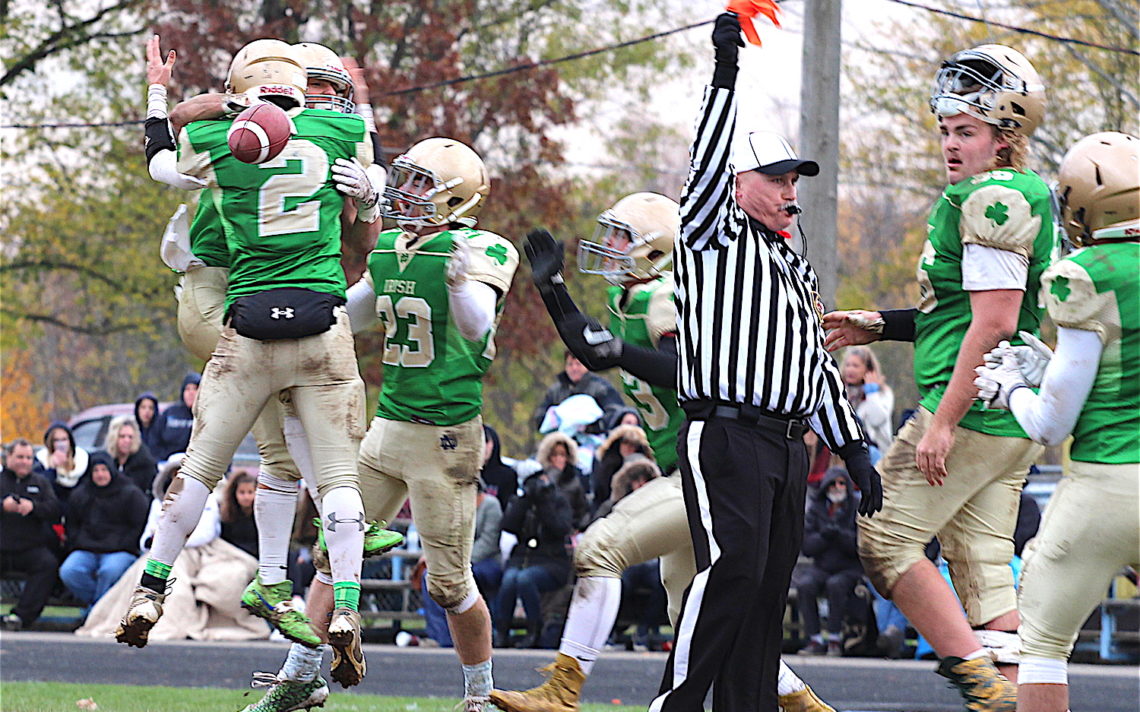 This is Day 11 of BPSN’s 12 Days of Christmas, a look back at some of our favourite stories from 2017. We hope you enjoy revisiting some of our top stories since our inception in September.

Call it what you want, but local high school football convenors are dealing with a shortage of officials this season.

Dino Germano, the convenor for the Niagara Catholic Athletic Association, says that’s a fair statement, but it isn’t the whole story.

“We used to have enough officials,” Germano said. “We can’t play Monday because it’s not safe so now we have juniors playing Wednesday and seniors playing Thursday and Friday.

“What’s happening is that the officials are getting a little older and they are not getting replaced.” 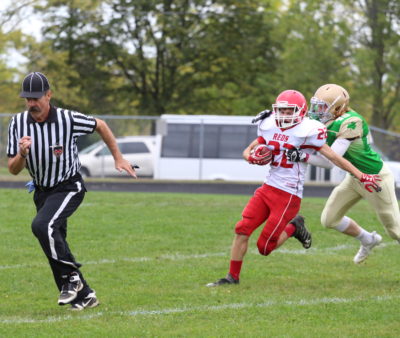 Sandy Wilkes, the football convenor for the Niagara Region High School Athletic Association, agrees the officiating crunch comes from the desire to have most of the games on Thursday and Friday afternoons.

“That’s the key issue,” he said. “We as convenors get heck from coaches when we schedule Wednesday games and the school calendar doesn’t help us because we have that PD Day before Thanksgiving.

“Obviously we can’t play on that day and we have to back everything up and sometimes games get backed up to Tuesday on that particular week.”

Wilkes believes the problem is exacerbated by the fact there are fewer referees.

In his first year as football convenor in 2011, five years before the Catholic and public board split into separate sports associations, Wilkes said there were five or six officiating crews for Niagara and there was never a problem with scheduling.

In 2012, he was told there was a maximum of four officiating crews available.

The LFOA provides officials for football games in Niagara, Peel and Halton and Baird believes the association is the largest in Canada with about 100 active officials. There are 16 officials available daily in each of Niagara, Halton and Peel.

One solution is to spread schedule out during week and go to more night games, but those ideas are met with resistance, Baird said.

“The convenors are all great and it’s usually associated with school boards,” he said. “The principal doesn’t want to have a night game because that means they have to have so many member of staff come out at a certain time.

“It’s not one person or reason which is responsible. It’s a constellation of facts making it an issue.”

Another solution is to recruit and train more officials. 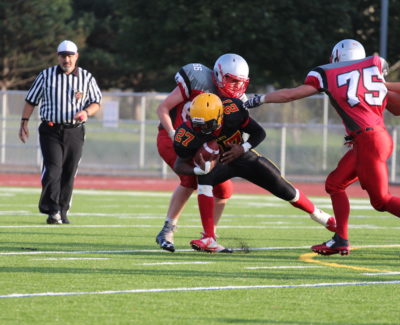 “I like to appeal to people in the Niagara region to get involved with officiating,” Germano said. “We really need them Wednesday,Thursday and Friday and they need to be available between 1 and 6 p.m when the majority of the games are being played.”

If no new officials are added, football scheduling will have to evolve.

“We will have to play earlier and then you are taking the kids out of school and then you’re taking volunteer coaches out of the classroom or community coaches away from the workplace,” Germano said.

Anyone interested in becoming a football official can email lfoa-recruiter@hotmail.com.

“We look for retirees who are looking to do something in the afternoon,” Baird said. “And I’m a police officer and people in emergency services are obviously good because they have split shifts and stuff like that.”

People who work night shifts might also want to get out and get a little exercise as well.

Aspiring officials are required to take a Level 1 certification course which is held usually in late April or early May. If there’s enough interest, the association will also do a fall session.

“You have to have a thick skin and you need to understand that emotions are high because it’s a physical affair,” Baird said. “Sometimes — I would even go as far to say that most of the coaches — don’t know the rules. It’s kind of like a montage of NFL, CFL and NCAA. They get the rules all mixed up and then are yelling and screaming and trying to tell us what the rules are. It’s kind of funny.”

Those moments can be unpleasant, but there’s lots to like about officiating as well, including the pay, a year-end banquet and plenty of camaraderie among the men wearing the stripes.

“After a doubleheader, we might go out and enjoy an hour or two of festivities, if you know what I mean,” Baird said.

“I have been doing this now for 25 years and I enjoy the competition, trying to get better every day and striving for the perfect game,” he said.

The LFOA tells new officials to be 100 per cent confident on their calls for technical fouls (holds or pushes in the back for example) but not so absolute on helmet hits, head tackle or other such infractions.

“If they think it was unnecessary roughness, we want them to throw the flag,” Baird said. “Our primary focus is always safety.”

Officials are given plenty of guidance.

“Every year, we have at least three meetings to go over all those kinds of things,” Baird said.