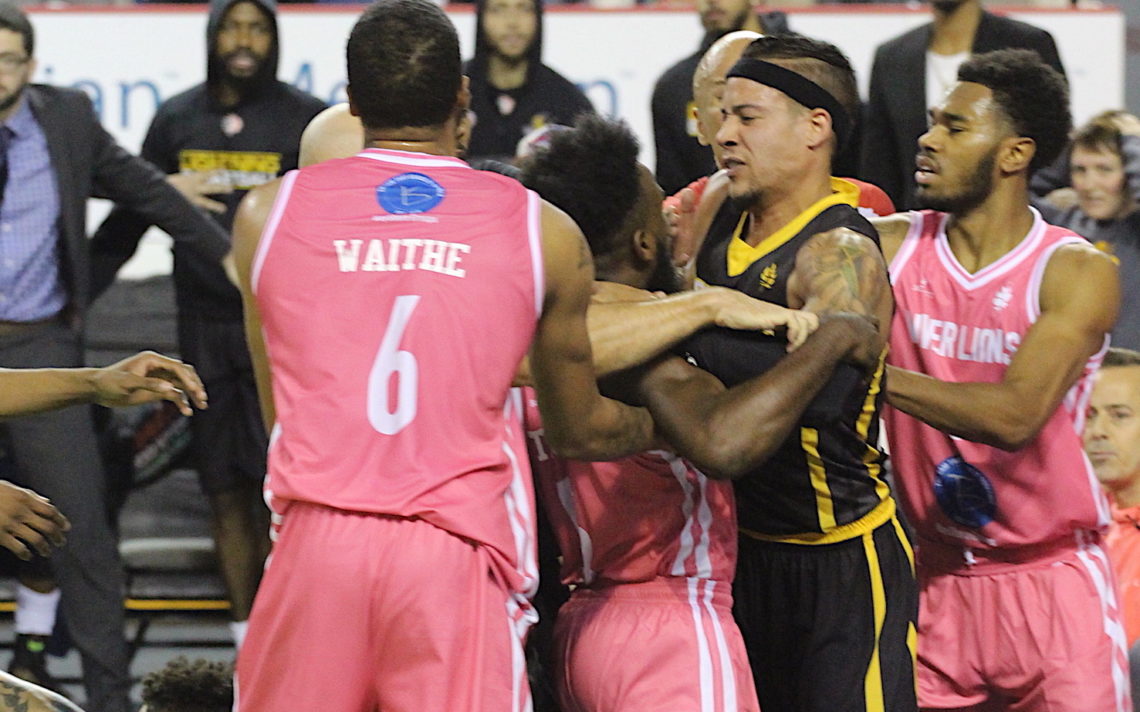 Fireworks seem to be the norm when the London Lightning visit the Niagara River Lions at the Meridian Centre.

When the two teams last met Dec. 8 in St. Catharines, London’s Royce White was ejected from the game after throwing a punch at Niagara’s leading scorer Marvell Waithe. His teammate Ryan Anderson was also ejected after getting into it with the officials. As White left the arena, he tried to get to Waithe on the Niagara bench and received a three-game suspension for his actions. 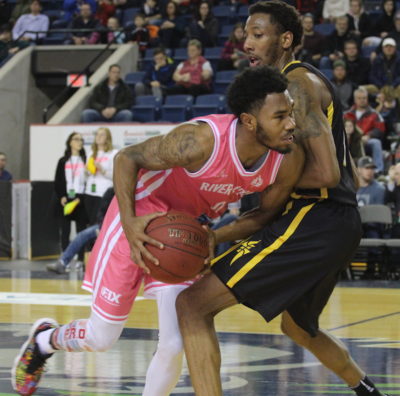 The two teams met up again Wednesday night in National Basketball League of Canada action and there were more ejections. Niagara’s Omar Strong and London’s Joel Friesen-Latty were ejected with 38 seconds left in the first half in a game that London ended up winning 123-119 in overtime.

“I don’t think it is animosity,” River Lions head coach Joe Raso said. “They are the defending champions, they are the team that has this huge record so you want to play against them and you want to beat them.”

Raso describes London as the measuring stick in the league.

“You have to compete against these guys and they handed it to us a few times,” he said.

Niagara had plenty of chances to win the game late, leading 110-106 with 18.6 seconds left in the game. Following a London timeout, Kirk Williams Jr. hit a three to make it 110-109. After Niagara’s Jaylon Tate hit two free throws to give the River Lions a 112-109 advantage with 12.7 seconds remaining, Williams Jr. hit another three to tie the game 112-112. Tate then missed a shot at the buzzer to send the game into overtime.

“I don’t know if it was one that got away because we lose Connor Wood to an injury, we lose Omar and then they got a lead and we came back and we battled back,” Raso said. “I thought we put ourselves in a position to win and then they made some crazy shots. 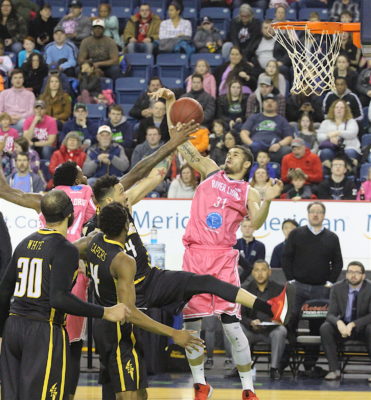 “We made one or two mental mistakes down the stretch but we want our guys to compete and that’s what they did.”

The River Lions also hurt themselves by missing a couple free throws in the last minute of the game.

“You make those free throws, you put the game out of reach,” Raso said. “We may have left one on the floor because we made some bad decisions, but if we compete at that level then some of the losses we had on the road are going to turn into Ws for us.”

Things don’t get any easier for the River Lions, who were playing at home for the first time since Dec. 9, a stretch of seven road games. They are at Kitchener-Waterloo Saturday and London Sunday.

“We have a tough stretch,” Raso said, “We are on the road a lot. At this point of the year, we’ve got to be able to recover.” 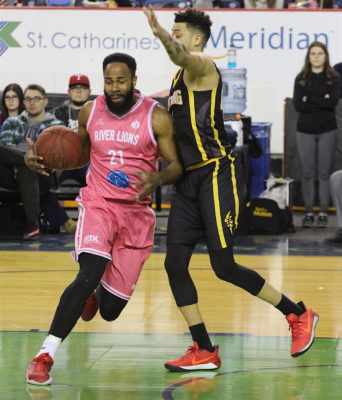 Niagara was led by Waithe, who poured in 38 points on 13-for-19 shooting from the floor, including 6-for-6 in the first quarter.

As for Wood, he didn’t play at all in the second half.

“I don’t know if it’s an ankle tweak or something like that,” Raso said, adding the team’s trainers held him back from playing the second half.

“We have to listen to those guys. They are the pros.”

BPSN Star of the Game: Niagara’s Marvel Waithe with 38 points.

Up next: Niagara is at Kitchener-Waterloo Saturday.