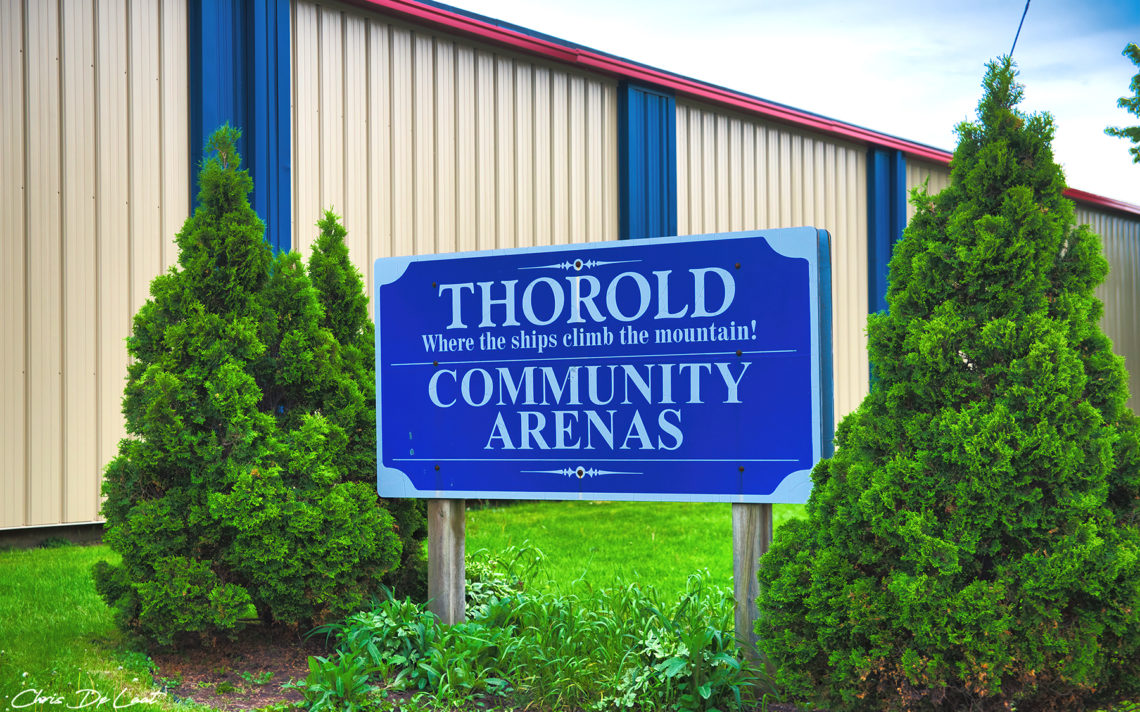 Blackhawks heading south for the season

There will be no junior B hockey in Thorold this season.

The Thorold Blackhawks are moving to the Port Colborne Vale Health and Wellness Centre for the 2022/23 Greater Ontario Junior Hockey League season due to ongoing construction of a new ice plant at the Thorold Arena.

Blackhawks owner and head coach Scott Barnes said he found out in May the arena may not be ready in time for the start the season which normally begins in mid-September. The project has been delayed due to supply chain issues.

“It was over two months and we tried to figure out the best decision to stay in Thorold to make it all work. If it was an easy decision I could have made it back in May,” Barnes said. “We tried everything to make it work.”

Barnes said the uncertainty surrounding the renovations was the deciding factor to move.

“That’s what it really came down to. I think if there was a little more certainty it may have changed things. There was a lot of uncertainty with a number of different things,” he said.

“We just took a real hard look at it and from the players’ perspective, what they’ve been through for the last couple of years, and we wanted a safe bet to know where we can be for a full year as opposed to hoping we were going to get into our home in a month or however long it was going to take.”

Thorold mayor Terry Ugulini, a former assistant coach with the Blackhawks, felt the move could have been avoided.

Barnes said the possibility of the Blackhawks playing at the new Canada Games Park was also explored.

“Cost was one of the issues we were working on and it could have been resolved,” he said. “I think it was going to go to council and they were going to look at it. I think that probably would have gotten worked out.”

Barnes said the Hawks would not have been provided with a home dressing room at the new facility and would also have to alternate between playing in the spectator rink and the smaller rink.

“The fact of not having our home room — we could have made due with leaving our stuff in different rooms for the time being — but there were a couple of other issues at play. How long was that going to be the case?

“Another issue was the rinks. If we’re playing more games than envisioned, then we’ll end up playing the Falcons in October on the small rink. Nothing was for certain. We needed to play it safe.”

Ugulini felt city staff went above and beyond.

“Our staff accommodated all of his concerns,” he said. “We had secured the required ice time for game and practice time and a storage locker to get him through the month of September.

“Our staff told him they were working to get all the games in the main rink but he has to work with us.”

The Blackhawks will play their home games Friday night in Port with Saturday as their alternate home night. Barnes indicated he needed to make a commitment of a full season in order to be able to book the ice in Port.

Barnes realizes the move may not be particularly popular with fans and volunteers.

“That was another huge issue for us. If we move are the volunteers going to make the trip? That was a hard thing for us to do. We have a great volunteer group but I know some — even a lot — aren’t going to make that trip every Friday night. I know there are some that are,” he said.

Barnes said he has no plans to keep the team in Port.

“We’re the Thorold Blackhawks. We’re playing out of the Port Colborne Vale Heath and Wellness Centre but we’ll be back in 2023.

“It’s a one-year thing and it’s due to our rink being worked on right now. It’s something the city has to do. It’s not on them. They are doing the right thing. We just needed a solution for the year.”

Port Colborne has been without a junior B team since 2014 when the Pirates relocated to Pelham.

Ugulini indicated the City of Thorold would be issuing a press release Thursday.

The Blackhawks joined the Golden Horseshoe Junior B Hockey League in 1982 and stayed members of the GHJHL until 2007 when it merged into the GOJHL.