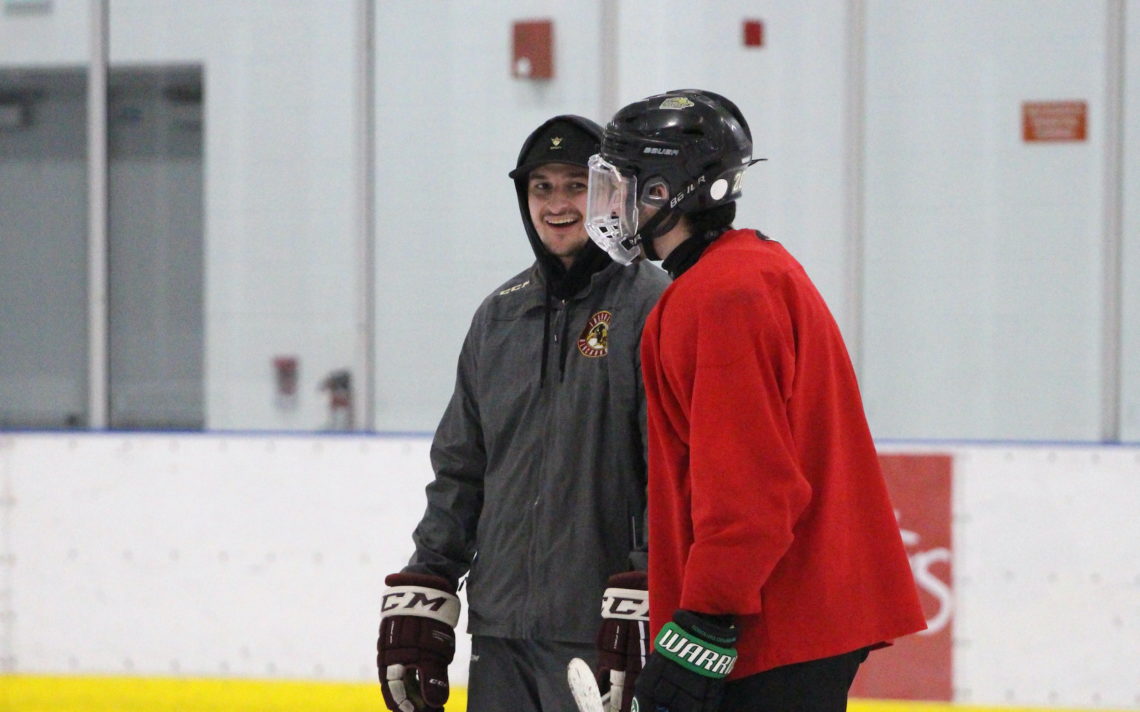 No ice, no problem for the Thorold Blackhawks.

The Blackhawks are temporarily without a home after the ice was removed from the Thorold Arena in mid-January, but that hasn’t kept them from practising.

The Blackhawks had organized practices in Hamilton and are now skating at the Meridian Community Centre in Pelham and Vale Centre in Port Colborne. 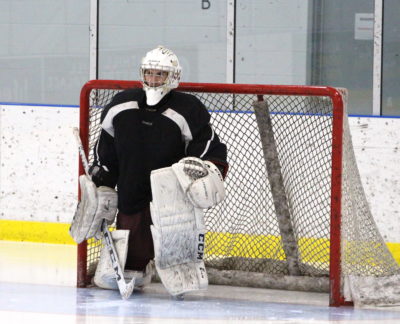 “I promised our guys I was going to give them as much as I could this year,” Thorold owner/head coach Scott Barnes said. “When the rink shut down, I knew I was going to get ice in other places. I was going to keep going regardless of what the arena did.

“I didn’t really see a season happening anyway so it was basically a place to practice and skate.”

Barnes and assistant coach Chris Goulet have been running the practices, which are limited to 10 skaters per session due to COVID restrictions.

“We’re trying to do skill development like everyone else is,” Goulet said. “At the end of the day, it’s getting the kids on the ice, get some touches and get some passes and shooting in.

“Ultimately, it’s been a lot of fun for us because like everyone else in the province, we haven’t been playing any hockey.”

Goulet has enjoyed getting back on the ice, even if the future of this season is still up in the air.

“It’s been good for the kids and even personally for Scott and myself to get out of the house and get on a nice sheet of ice and go have some fun,” he said. “At the end of the day, hockey is a game and you want to have fun.”

The Greater Ontario Junior Hockey League has yet to make an announcement on the future of this season, although, it seems unlikely a meaningful schedule would be able to be played at this point.

“For the most part, these guys are really happy to get back out there and we’re just focused on having fun and getting back into it. It’s much better than sitting at home.”

Hawks goalie Noah Fortuna has enjoyed the opportunity to continue to work out. The Blackhawks were practising several times a week and even played in some pre-season scrimmages before the lockdown at Christmas. 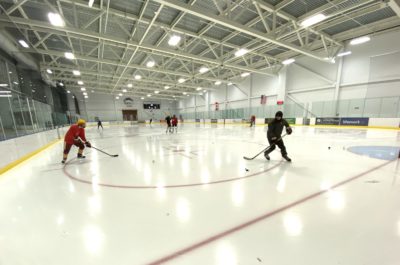 “We’re basically just trying to maintain our work level and compete level from before when we thought we were playing,” Fortuna said. “It’s always good to be on the ice, especially to see your teammates and stuff. It’s more about keeping in shape and keeping the momentum from before and if for some reason something pops up, we’ll be ready. If not, we’ll be ready going into the summer and that will help us for next season too.”

Barnes plans to run the practices through March before moving into spring and summer training.

“I think we’ll be playing right through until June, just not in league fashion,” he said.