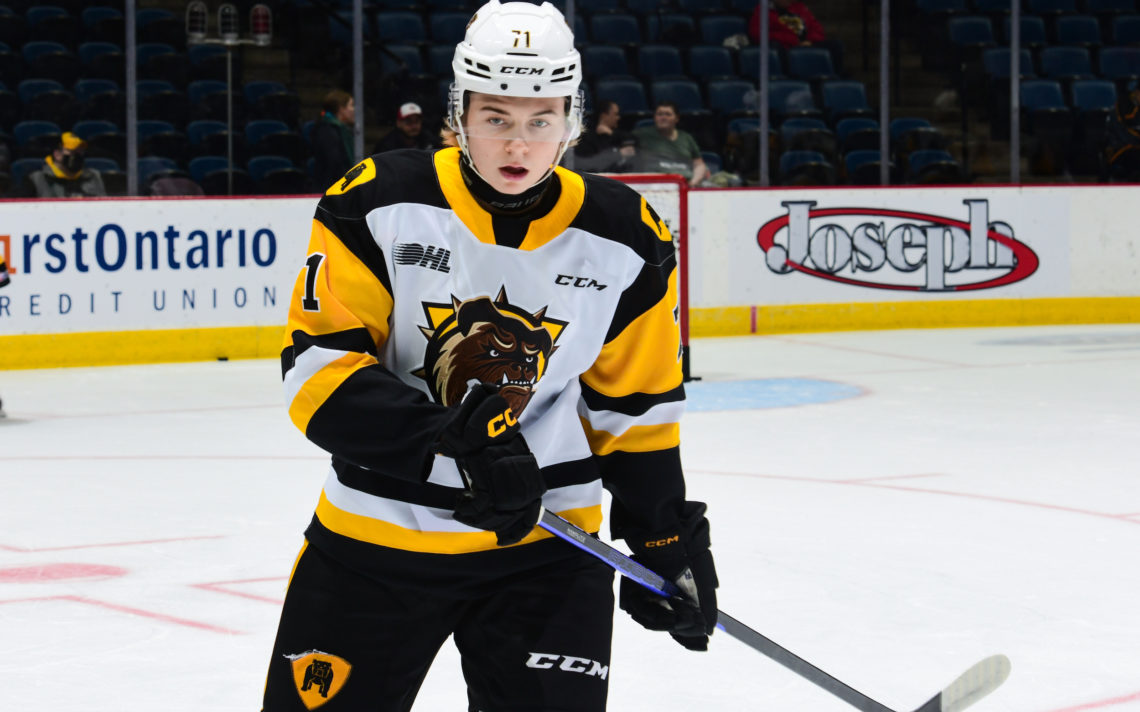 The Thorold Blackhawks received a big shot in the arm with the addition of defenceman Callum Cheynowski from the Hamilton Bulldogs of the Ontario Hockey League.

The 16-year-old Welland native was selected in the third round (63rd overall) of the 2022 OHL Priority Selection and played eight games for the Bulldogs this season garnering one assist.

Cheynowski made his debut with the Hawks Friday and picked up a goal as the Hawks edged the Fort Erie Meteors 4-2.

Cheynowski collected two goals and four points with the Hawks as a 15-year-old last season and also suited up for a pair of playoff games.

Barnes feels Cheynowski will be able to step in and contribute right off the bat.

“I don’t look at him as a 16-year-old rookie,” Barnes said. “He got into a bunch of games with us last year and skates a lot with us through the summer and is very familiar with all the guys. He just spent two months up in the OHL so it’s not your average 16-year-old coming back into the league.”

Barnes indicated Cheynowski will get plenty of playing time

“They are putting him down here to play a lot of minutes in all situations,” he said. “They really like him up there. I think if the coach had his way they would be in the lineup every night but management wants him playing as many minutes as he can for development.”

The Blackhawks improved to 12-10 with a 5-2 win at Welland Sunday night as Cheynowski scored his second goal in as many games.

Christian Lynch made 37 saves in net for the win.

The Blackhawks have recovered nicely since winning just one of their first nine games.

“I didn’t think we were a 1-8 team,” Barnes said. “I think we could have been 5-4 or at least 4-5 but we gave away some wins. To come back and be 11-2, that’s a pretty remarkable turnaround. You don’t see teams start that bad and then go on that much of a run right away.

“I thought we had it in us all the time. It was guys getting accustomed to the league and finding ways to be able to defend against older and bigger guys. We had a lot of new guys to the team and it took us a little time to figure it all out.”

All three games in the Golden Horseshoe Saturday — St. Catharines at Thorold, Welland at Fort Erie and Pelham at Caledonia — were postponed due to inclement weather.

Avery Alves made 29 saves in net for Niagara Falls.

Philip Caridi and Luca Marandola replied for the Panthers

Keegan Jackson and Andrew Welch split the goaltending duties for the Panthers. Jackson was coming back from a leg injury and lasted only one period before being injured again. 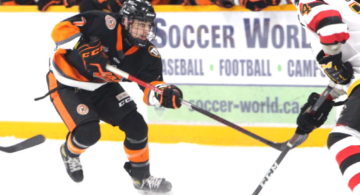