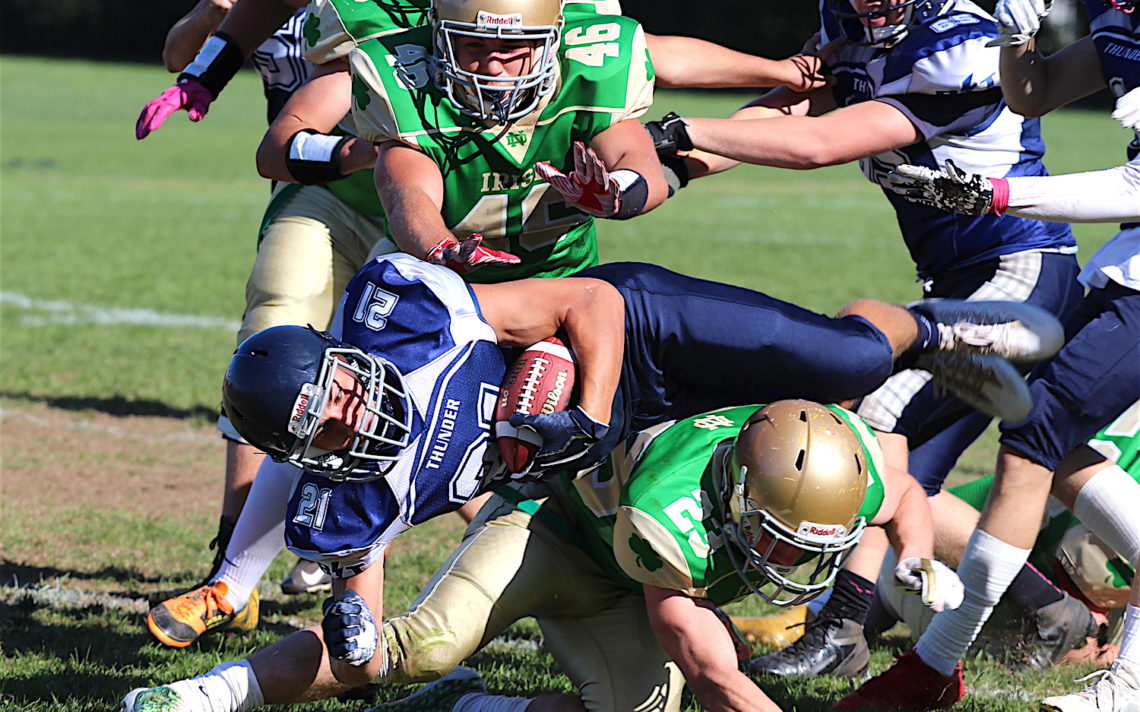 With a 44-13 thumping of the Blessed Trinity Thunder, Bisci was given an undefeated Niagara Catholic Athletic Association regular season and home field advantage throughout the playoffs.

“Defensively, I was very happy,” he said. “We gave them 11 points in the first half on penalties and, other than that, they weren’t moving the ball on us.

“Offensively, we were clicking really good.”

Bisci didn’t bother to tell his team he was celebrating a birthday.

“I’ve done it a few times and I hate playing on my birthday,” he said. “I don’t say much because I don’t want them to have that pressure.”

Bisci is delighted his team will have home-field advantage for the NCAA playoffs.

“That’s a big advantage and we have avoided BT and Saint Paul (in the semifinals), he said. “They will have to play each other and that will be a tough game.

“Maybe they will soften each other up and hopefully we can get through our next two games and move on.”

About the only issue Bisci had with his team was that it approached 300 yards in penalties.

“We are a good, physical team but we have too many stupid mental errors,” he said. “We are lucky that we get up on guys and play the way we do because they are going to hurt us.

“Down the road we have to be more disciplined and it’s a big concern.”

“We got our butts kicked today and, at the end of the day we’ve just got to get better,” he said. “We didn’t come out well at all and we need to refocus on the energy we had in practice earlier in year.”

Antonelli feels his team has focused on too many other things.

“We have been thinking too far ahead and not focusing on the opponents ahead of us,” he said. “We have to correct that but we’re 3-2 and not 0-5.”

Antonelli will take a humbling in the regular season instead of the playoffs.

“I’ve got to get our boys better prepared,” he said. “I didn’t do a good enough job.”

In other NCAA games Friday, the Saint Paul Patriots improved to 4-1 with a 49-3 win over the Denis Morris Reds (2-3).