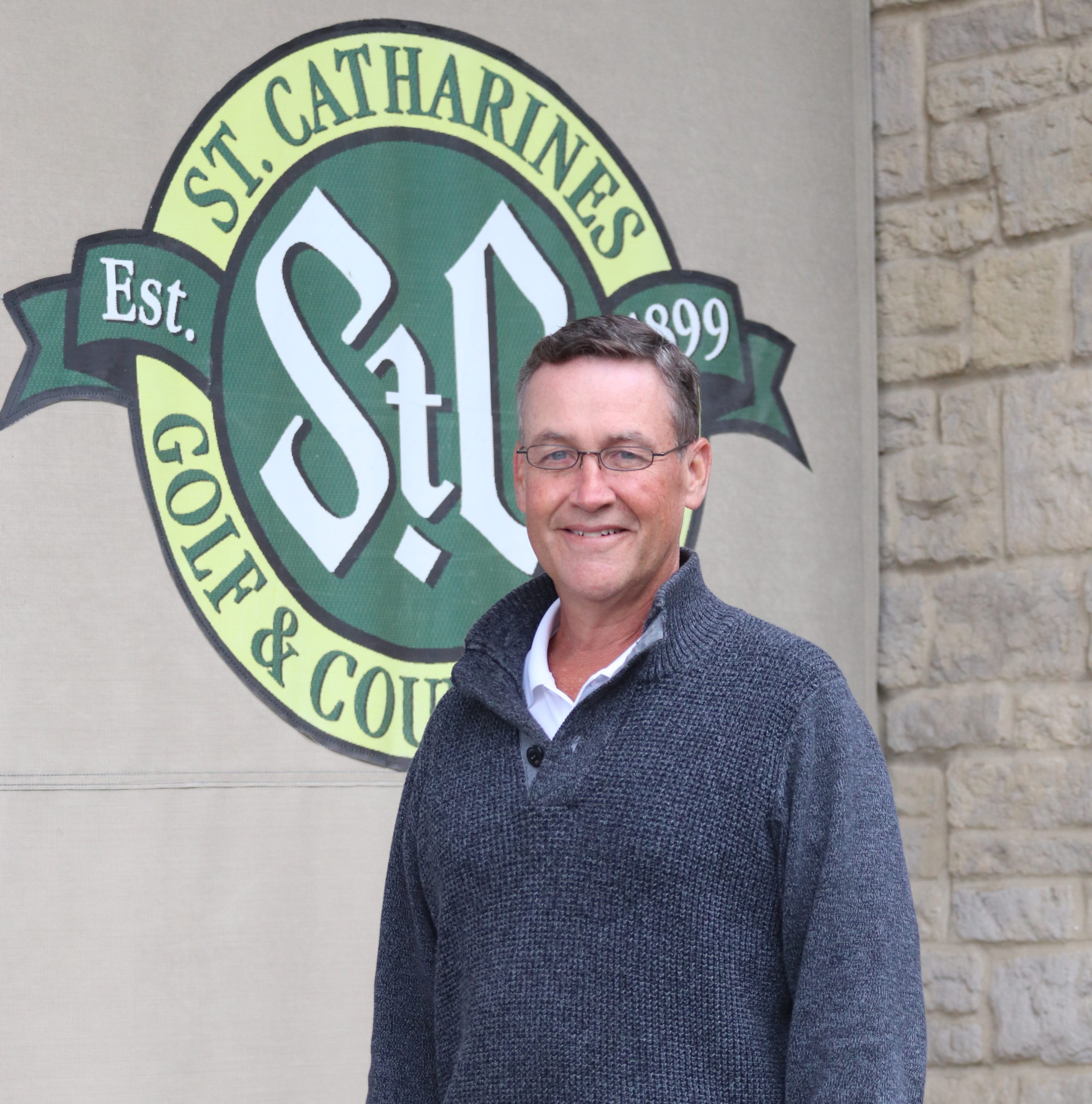 Bernie Bodogh’s OK and looking forward to next adventure

Bernie Bodogh has accepted the fact his time on earth is coming to an end.

One of Niagara top’s amateur golfers for the past several decades is in Hospice Niagara after the prostate cancer he was diagnosed with in 2019 spread to his lymph nodes, bone marrow and brain.

“It is a moment for clarity,” the 59-year-old said. “I don’t have too much of a problem with it. Like people say, it is what it is but I just wanted to talk to you and let you know that everything is fine with me. I am OK and I am looking forward to my next adventure.”

He can’t wait to tee it up at the golf courses located at his next destination.

Bodogh is using his remaining time to say farewell to his friends, golfing buddies and acquaintances.

“I have this opportunity right now to say goodbye to people. If you die in a car accident or you get hit by a bus, you don’t get to do that.”

Before leaving hospital and going to the hospice, Bernie’s daughter, Samantha Bodogh, took him for one last visit to the St. Catharines Golf and Country Club, where he started playing golf back in 1973. He rode on a cart and got a chance to visit with some of his golfing buddies.

Last Wednesday, Bernie watched as his daughter married her fiancé Dave DiMeo in front of about 25 people at Hospice Niagara.

“We got married within a week’s notice and we pulled everything together. We can’t thank Hospice Niagara enough and my dad’s sisters for helping us out for our special day,” Samantha said. “We are really happy that everything worked out the way that it did and it was perfect and we wouldn’t change anything other than the fact that we couldn’t have our friends there, but we had to stick within the COVID rules.”

Samantha said her dad is living each day with life, happiness and quality of life, which is the most important thing.

“He is pain free. Hospice has given him that gift and we believe it is actually extending his life because he has no pain and he feels cured,” she said. “He loves the fact that now that it is nice out he can go outside and that is everything to him. He loves that people come to visit him daily because that gives him a purpose to share his experiences with everybody and talk about it.

“There is no cure and he is declining but he is extremely happy, he is at peace and he has so much love around him.”

Bernie wants to be remembered as a fun-loving, golfing guy, but not necessarily as a great golfer.

“I wouldn’t say that about myself. Everybody else can if they want to. I failed more than I succeeded but my successes are mine.”

That is ultimately the beauty of golf. Golfers are always chasing perfection but most never achieve it. And the ones that do, that success is usually fleeting.

“You never do the same thing twice. It is always a battle and every shot is a battle. It is the ability to concentrate and put yourself in a spot where you were comfortable mentally as well as physically. I think I maybe had three or four rounds in my life where I was in that category of sheer brilliance. Then there were those games of sheer brilliance and you blew it.

“I was playing in the Canadian Champion of Champions at Devil’s Pulpit and no one shot better than the 72 I had in the second round. The next day I went out and shot 88. You destroy it and then you blow it.”

Choosing one high point is a tough for Bodogh.

“Some people might say it was my first club championship but to be honest, it would be the 2003 club championship where I set a record by going 70, 70 and 65 and I just destroyed the field,” he said. “I don’t even remember most of the holes, but I shot 31 on the front nine and I was five under for seven holes. I was just nuts.”

Last fall, Bernie was inducted into the St. Catharines Golf and Country Club Wall of Fame.

At that time, he spoke about his love/hate relationship with golf.

“It’s horrifying. I quit four times a year every year. ‘That’s it, I am done. I am not playing any more.’ It’s a game of managing your body, your mind and sometimes even you soul. You will give up your soul to have a good round. Every day is a potential great round and it is all up to you as the player.”

Samantha can attest to the above statement.

“Honestly, my dad would call me and it was 100 per cent true. He would say ‘I quit, I am done and this is it. I am sick of the game.’ Then the next day, he would go back out and have a good round and everyhting would be back to normal.”