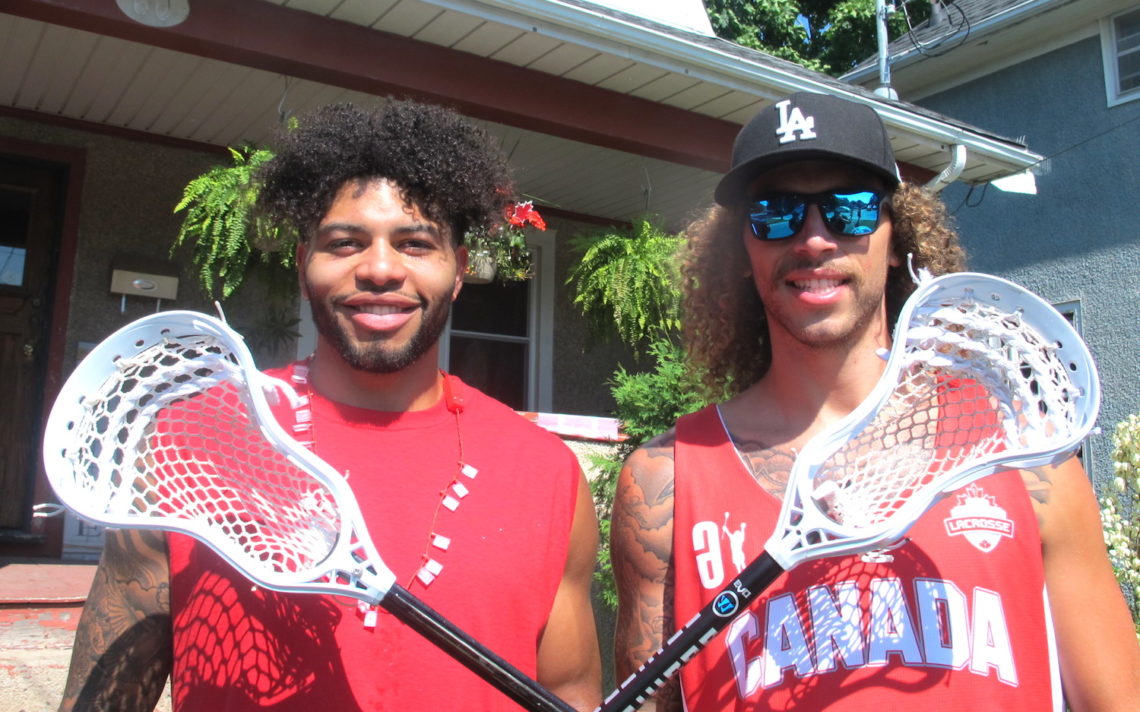 Tyson Bell leaves no doubt of the importance he places on the upcoming World Field Lacrosse Championships.

“I consider this the Olympics,” the 23-year-old St. Catharines native said. “Obviously, we’re not able to be a part of the Olympics but hopefully in the coming years I would imagine lacrosse would be part of it.”

Bell, who has spent the last three seasons with the Calgary Roughnecks of the National Lacrosse Association, was chosen for the Canadian squad along with his cousin and current captain of the St. Catharines Athletics, Latrell Harris.

Harris, too, can’t wait to get started.

“It’s going to be amazing,” said Harris, a 20-year-old St. Catharines native. “It didn’t really hit me until I started talking to a lot of people about it.

“This is serious. I’m just ready to go and bring it (gold medal) back.”

“The tryouts went OK,” Harris said. “I knew a lot of the guys out there. I was looking to them to see if they could help me play and see what they could do for positioning.

“I was ready for it. The competition was amazing.”

Bell was thrilled to be selected.

“At tryouts you want to perform well and do the best you can. It’s the first time I’ve been selected for something like this. I got cut when I was younger for Team Ontario when I first started.

Harris, who suits up for the Toronto Rock of the NLL, feels the experience will be a game-changer for his career.

“It’s going to help me a lot,” he said. “When I get older and go to different teams I will be able to adjust and play with different players and different circumstances.

“It is only going to make me better as a player.”

Both Bell and Harris have gold on their minds, but also want to make sure they enjoy the experience as much as possible.

“Your mindset is to win, 100 per cent,” Bell said. “You want to go in with the mentality of winning and get that gold medal for your team and your country.

“It’s kind of comes and goes. It’s gone in the blink of an eye and have to take it for what it is.”

“Right now I’m just going to go and take it game by game because this is a big experience,” Harris added. “I just want to soak everything in. It’s only every four years.

“When you get to the gold medal game, that’s when you can think about that and go and do it.”

Harris’ speed and athleticism should come in handy in the field game.

“It’s a big adjustment,” he said. “It’s outdoors on bigger fields and a lot more running. I love both of the sports. It doesn’t matter. If it’s lacrosse, I always want to play.

“I think they wanted a young guy to come in there with a lot of energy to be able to spark the team up.”

Bell was used in a variety of roles in tryouts.

“It would be nice to play short defence,” Bell said. “It doesn’t even matter. Now that I’ve made the team I’m making this commitment that I want to win a gold medal.”

Mearns has high hopes for the squad.

“We are really excited with the roster that we have selected and as a coaching staff are honoured to have the chance to lead this team at the 2018 World Championships,” he said in a press release. “Canadian lacrosse talent continues to evolve and excel at the highest levels of the sport.  As a group, we spent a lot time working through our selection process and in the end obviously had to make some very tough decisions.  With so many elite level players in our pool, it was extremely challenging to bring it to the final 23, but now the journey begins.”

“We feel we covered all of the bases – goaltending, face-offs, dual-purpose players, athletes that can perform a variety of different roles – and that this roster will allow us to compete for a gold medal.

This year’s team features 10 returning players from the Canadian squad that defeated the U.S. to capture gold at the 2014 World Championship.