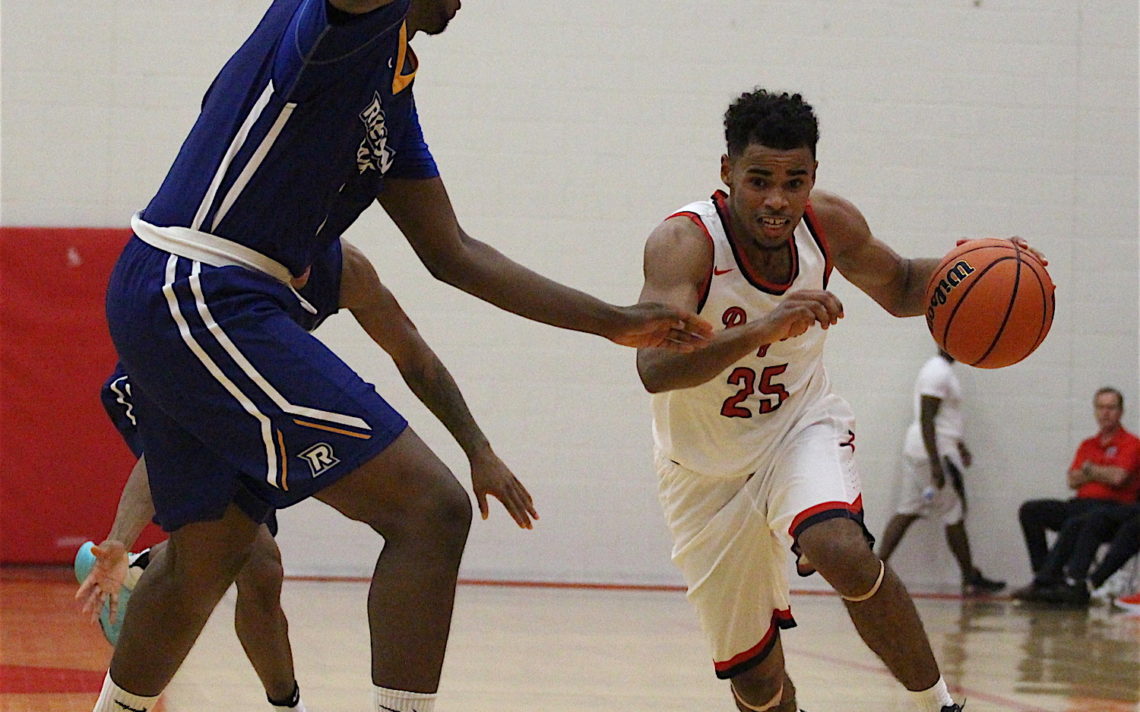 Badgers’ Brown is no longer green

Tyler Brown had 11 points and eights assists as the Brock Badgers men’s basketball team defeated the Ryerson Rams 97-86 in the RBC Classic at Brock University.

It was three seasons ago when Tyler Brown received his university basketball baptism by fire.

When Brock starting point guard Nolan Mackenzie was injured in the preseason, the then-18-year-old was thrust into the starting role.

“I was the next guy up and I struggled a little bit because I was young and inexperienced,” the Hamilton native said Saturday, after contributing 11 points and eight assists in a 97-86 victory over the Ryerson Rams in Brock’s second game of the RBC Classic. “Coming in, I had to learn quickly because our team was getting better.

“I had to adjust to the university game at a younger age and that actually helped me to get where I am now.”

Thankfully, Brock head coach Charles Kissi was extremely calm with his rookie’s struggles and quietly pointed out Brown’s mistakes in a caring and nurturing fashion. Well, maybe not.

“He was really tough on me,” Brown said, with a laugh. “But that helped me get to where I am now. I am kind of glad that he did that to me.” 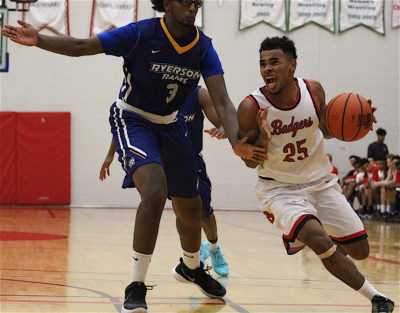 Kissi shares his tough love with everybody, including All-Canadian Dani Elgadi, who got an earful from Kissi Saturday when he wasn’t being aggressive enough on offence. Elgadi had 29 of his game-high 31 points at the time.

“He just tries to bring the best out of his players and I personally love a coach like that,” Brown said.

Brown has made significant strides in each of his seasons at Brock.

“He shoots it better than he used to — he’s doing a better job — but he still has a way to go there,” Kissi said. “And he passes the ball better.”

The one area where Brown needs to ramp it up even more is in his leadership.

Brown agrees with that assessment.

“That is one of my focuses for this year is to try and lead the guys a little more and be more vocal,” the 6-foot-1 player said. “Sometimes I am little too quiet.”

Kissi would also like to see Brown be more confident.

“We have given him the ball since Year 1 and he needs to continue to understand that’s he’s good enough to be here.”

“I struggle with my confidence at points during games and I always have to have that confidence and not lose it.”

One thing Brown has in abundance is athleticism.

“If I could jump like he could at any point in my career, oh man,” Kissi said, with a laugh. “He’s so athletic that it is unbelievable.”

Brown showed his spectacular athleticism prior to an exhibition game last week against the Redeemer Royals. While the teams waited for the officials to show up, the two squads had a dunk contest. Although Brown failed on his two attempts, he showed an impressive vertical jump.

“In the warmups I got a little windmill (dunk) in, so I wanted  to get into the dunk contest,” he said. “I tried to throw a lob, catch it and do a windmill but they only gave me two chances.”

He admitted to being a little embarrassed because it was in front of a gym full of elementary school students.

“It was a little bit, because everyone was cheering for me and I couldn’t get it.”

This summer, with help from Steve Lidstone, the manager of Brock’s high perfomance centre, Brown increased his vertical jump to 38 inches from 35.5.

“I was trying to get over 40 this summer but I couldn’t quite get there.”

“We weren’t trying to focus on anything like that,” Brown said. “We are just focusing on what we need to do.”

The Brock Badgers outscored the Calgary Dinos 28-10 in the second quarter Friday on the way to an 82-70 victory in the opening game of the RBC Classic in St. Catharines.

Last season, Calgary made it the Final Eight. It lost its opening game to Carleton and then won two games, including a 96-65 romp over Saint Mary’s in the national consolation final.

BPSN Star of the Game: Brock’s Dani Elgadi with 31 points and five rebounds.

Up next: Brock opens the Ontario University Athletics regular season at 8 p.m Wednesday vs. Western at the Bob Davis Gymnasium.

Another Hultink pitches in at Niagara