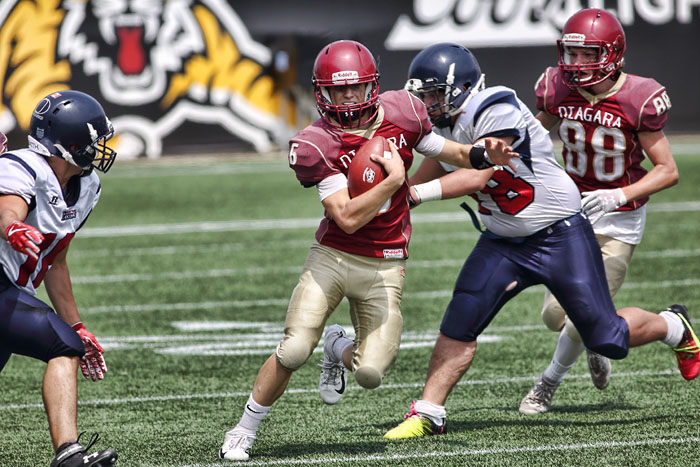 The Spears trailed 21-7 at the half in the organization’s first-ever appearance in the championship game.

“We came out and tried our best,” Spears head coach Gerry DiSanto said. “We got off to a slow start and then we picked it up.”

DiSanto was delighted his team made it to the championship game.

“The kids were excited and overwhelmed,” he said. “It was a hot day too and the heat and our low numbers really affected our performance.”

Livingston was named the offensive player of the game 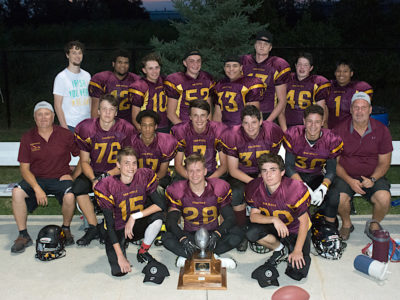 “This eight-on-eight game is great for player development,” Sun Devils head coach Luc Gerritsen said. “We had a very strong team (undefeated), which allowed us to give all our players lots of playing time and a chance to get better.

“Donovan Morgan showed great composure, reading the blitz well and responding, Cooper Tice had as stellar performance and Gabe Loiselle did a good job at defensive end after switching from tight end.”

Following is the schedule for minor football’s championship day Sunday at Kiwanis Field: